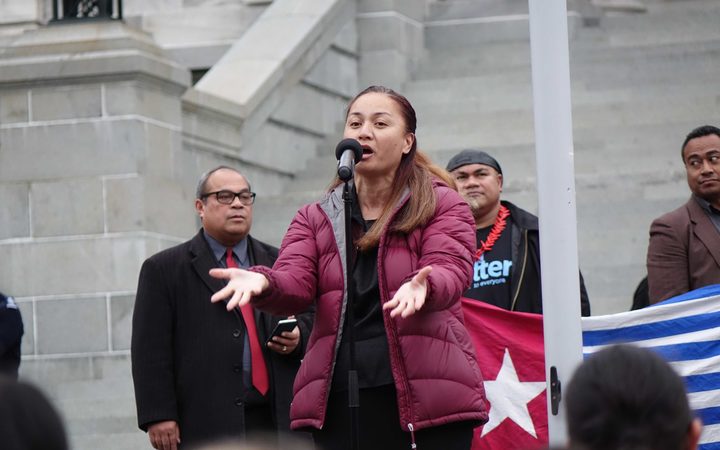 RNZ's poll of polls had the party sitting pretty at 12.4 percent and the then co-leader, Metiria Turei, was about to give a speech which some in the party thought would set it apart from Labour and boost its support further.

But, boy, did that backfire.

Within a month Ms Turei was gone and the party's polling had crashed to below the 5 percent threshold.

It fell to the remaining co-leader James Shaw to hold the party together and guide it through what was a hectic election campaign, then into government.

This weekend's AGM will be a chance for the party to celebrate being in government but there will also be tensions, as with the power of office comes compromise - something the Greens are not used to.

The party is one born of protest, supported and held up by activists and flaxroots supporters - its entire history has seen it battling with the establishment, claiming to hold truth to power and fighting for the underdog.

But now it is the part of that establishment, which is foreign territory and presents new tensions for the Greens.

Those tensions have been highlighted by the somewhat inexperienced parliamentary wing making a series of questionable decisions which have not gone down well with the membership.

Giving away most of their Parliamentary questions to the National Party was highly contentious and while Mr Shaw tried to argue it was for laudable reasons, he was shouting into the wind, as virtually no one heard his wails and all it did was annoy his own supporters (while also making National happy).

The caucus' decision to support New Zealand First's waka jumping bill has riled party stalwarts who remember well the fierce opposition to previous iterations of the legislation by former leaders of the party - Rod Donald and Jeanette Fitzsimons.

The approval of a water-bottling plant by Green Party minister Eugenie Sage also went against the party's core principles.

Ms Sage claimed her hands were tied and put up the argument that the plant would provide 60 jobs in Whakatāne. This would have attracted the ire of the Greens in opposition, and there was no shortage of outrage from the party membership and former Green Party MPs.

How then does the party balance its activist-based kaupapa and the constraints of being in government?

The membership has placed much of its hope in new co-leader Marama Davidson as being their voice in Parliament, someone that will keep holding the government to account. But, as a former co-leader told RNZ, "you can't have two Green Parties in Parliament."

That has been amusingly illustrated over the past week at Parliament with Marama Davidson campaigning to "reclaim the c-word" and James Shaw sprinting past reporters when they ask what he thinks about it - at one stage exclaiming "oh for God's sake" before storming away.

The two will have to find a way to make that relationship work - the strait-laced, conservative Green minister and the firebrand MP.

The Green Party has a core of supporters who have always kept it at about the 5 percent level of support. Those people are the heart and soul of the party and the ones that will ensure its political survival.

Mr Shaw and Ms Davidson will have to ensure they can keep that group on side or else, after fighting for so long to get into government, the Greens will find themselves a one-term wonder.