National's average in the last four polls in June was a strong 45.9% - slightly up from its May average of 45.3% - but not enough to form a government again with its three small partners. 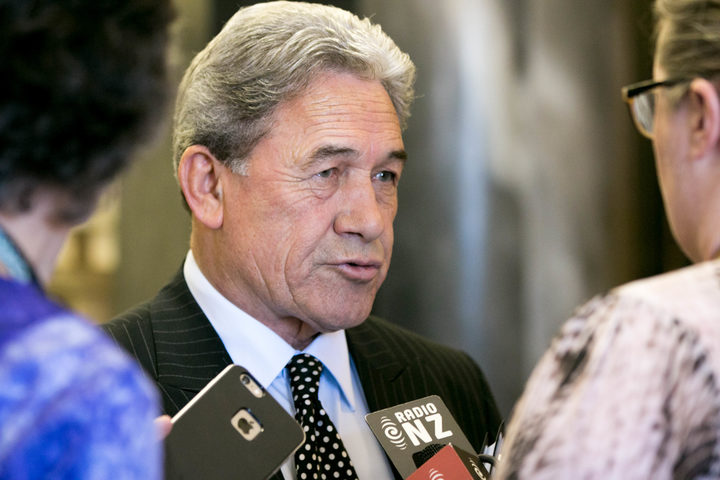 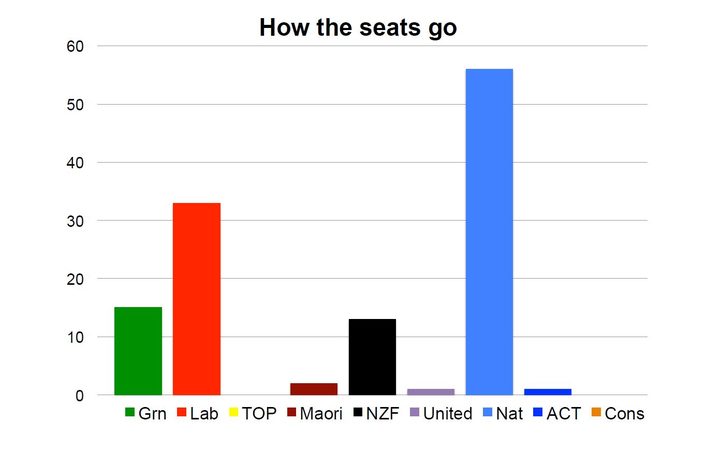 New Zealand First's average was 10.7% percent, up on its May figure of 9.4% and equating to 13 seats. If Peters' current regional campaign tour nets votes, that could rise.

Across the parliamentary aisle, Labour dropped from 29.4% in May to 26.5% in June, perilously close to its disastrous 2014 election score and just about exactly where it was at the end of 2016. That 26.9% would give it just 33 seats, only one more than now.

With the Greens on 15 seats (12.4% poll average, very similar to its 11.9% in May), the Labour-Green combined ticket would have 48 seats, eight short of National's. 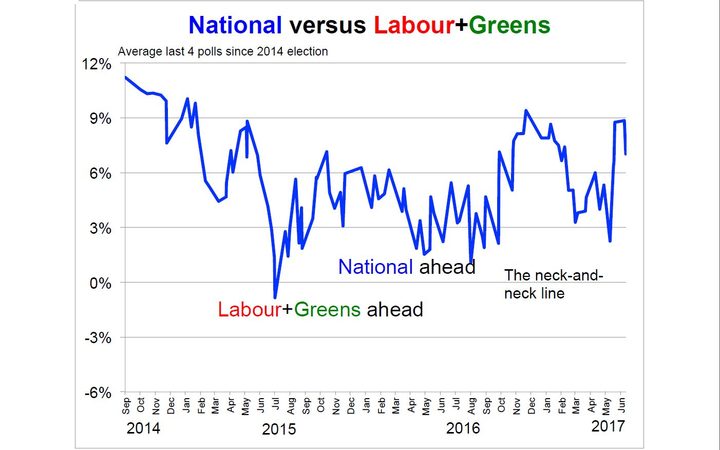 The other minor parties - Gareth Morgan's Opportunities Party and the beleaguered Conservatives - were at 0.9% and 0.3%. Morgan does not yet look like getting his party near 5%, despite good turnouts to his public meetings.

Post-budget, there was a still strongly positive view of whether New Zealand was on the right or wrong track, as measured by UMR: 57% positive and 33% negative.

But, that was down on May (60% and 30%) and well below the 65% and 24% in December. If that downtrend continues through to the election, National is likely to trend down with it (as it has in the first six months of this year from its 48.9% in December), bringing Peters still more firmly into play.

The poll-of-polls is an arithmetical average of the four most recent major polls from among: TV1 Colmar Brunton, TV3 Reid Research, Roy Morgan New Zealand plus the unpublished UMR Research (for the Labour Party) and Curia (for the National Party). The latest average is from, in chronological order, Morgan, TV3, Curia, UMR. The first point on the charts is the actual 2014 election result. Only Roy Morgan, UMR and Curia have polled in every month since the election and Curia has been included only since September 2016. In the past, polls for the New Zealand Herald and the Dominion Post were included but these have been discontinued. UMR has given permission to use its right-track-wrong-track figures.