Opinion - In the wake of reporting by The Spinoff about World's garment labelling and the ensuing discussions, we need to consider the state of manufacturing, our role as consumers, and what it takes to be a New Zealand fashion brand. 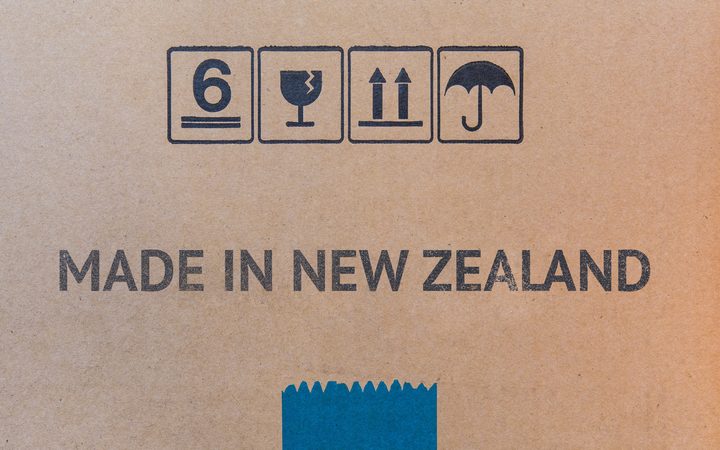 Our local industry features designers whose operations vary widely. Some create each item in-house, others rely on sample machinists and local production outlets. Some design their garments here but, due to units and technical requirements, produce offshore. Many utilise a variety of production methods.

All endeavour to communicate their locality, whether it's proclaiming they're "New Zealand designed" or emphasising their local manufacturing. Being a New Zealand brand adds value and a point of difference for designers competing in a saturated market with an influx of global retailers.

What does "Made in New Zealand" mean? According to Buy New Zealand Made's country-of-origin labelling guidelines, imported materials and components going through significant manufacturing processes in New Zealand (like cut-and-sew) labelled "NZ Made" won't breach the Fair Trading Act.

Garments sold have sewn-in labels communicating fabric composition, country of origin and care instructions. Under the Fair Trading Act it is illegal to mislead consumers. The swing tag is a platform for branding and information, and where many designers highlight that they're a New Zealand business. It's also where the price and barcodes are affixed, and is usually the first thing a customer checks.

It's important to remember that manufacturing is only part of the supply chain. Fabric, thread and other components are needed before a garment can be made. These typically come from offshore manufacturers even when sourced through a local supplier.

The difficulties of manufacturing overseas are well known - from meeting minimums and maintaining quality control to ensuring factories provide safe working environments and fair pay. Many small businesses don't have the money or time to visit overseas suppliers and ensure standards are being met. The environmental impact of the textile industry is yet another issue.

Those that do manufacture in New Zealand face their own set of challenges.

Designers I've spoken to describe the difficulty of extracting information from fabric wholesalers. To pursue sustainable and ethical materials, some designers import organic and fair trade fabrics, or source deadstock fabric. Trims are another source of frustration.

For those who manufacture locally, there are still highly skilled machinists in New Zealand - many are immigrants who learned their trade in countries like China, Korea and Malaysia. It's a workforce that currently grows more through immigration than domestic training and education. Most upskilling happens through on-the-job learning.

A struggle for some designers (especially those starting up) is accessing these workers and their skills. One says the difficulty of locating skilled outworkers is exacerbated by the lack of a database - only bigger manufacturers are visible online - adding that many machinists lack contacts and resources to market themselves, yet are desperate for work.

"Made in New Zealand" relies on the existence of facilities, but these are disappearing. Manufacturers, dyers, washers and suppliers are closing or limiting their services due to lack of work and rising costs. Several fashion brands have closed their doors too.

Vital technical knowledge is also being lost. As machinists and other skilled workers age out they aren't being replaced. Young people performing these jobs are few and far between. Graduates from the country's fashion degrees are trained to be designers; some get jobs in established workrooms, start their own labels or move overseas, others (myself included) find employment elsewhere in the industry.

The expense of local manufacturing is a hurdle for designers squeezed by competition from cheaper retailers. Making clothing in New Zealand is expensive, and with less demand prices have risen. How much of that cost do you pass on to consumers and how much do you absorb? Price a garment too high, and you run the risk of not selling your stock.

Inevitably due to operating costs, demand, and the decline of local production, some brands shift their manufacturing offshore.

Many in the industry are worried about how all this bodes for the future, and fear further decline of New Zealand manufacturing - or even its disappearance altogether.

Some suggest incentivised apprenticeship programmes as a way to pass these vital skills to a younger generation and provide jobs. There's also the question of specialised grants, tax incentives and investment. Charging GST on online purchases could also help local labels be more competitive.

Responsibility lies with consumers too though: what we buy affects the industry. One designer I spoke to hopes that if customers invest in New Zealand-made, more brands will be encouraged to produce locally, more facilities will open, and costs will come down due to higher demand.

Many lament the overconsumption fuelled by fast-fashion brands, and are encouraging consumers to consider the provenance of their purchases. Brands are giving increasing visibility to the processes and people behind their garments.

Dialogues are under way, and these need to include people from every sector. While designers play a key role, manufacturers and textile importers are equally important.

Support from the government is vital, and industry voices need to be more visible within the likes of the Ministry of Business, Innovation & Employment.

For people to make the right choices, the choices have to be there in the first place.

Although locally manufactured clothing isn't economically accessible to all, those who can afford it have a responsibility to protect the industry and its future. Support is needed from all corners if our fashion industry is going to survive in its current form.

* Emma Gleason is a freelance writer from Auckland, currently based overseas. She has been involved in the New Zealand fashion industry for the past ten years, focusing on writing, marketing and communications, with a background in design.