Opinion - Bill English's replacement - whoever it will be - will inherit a unified caucus that is supported by a well-oiled machine of staff. 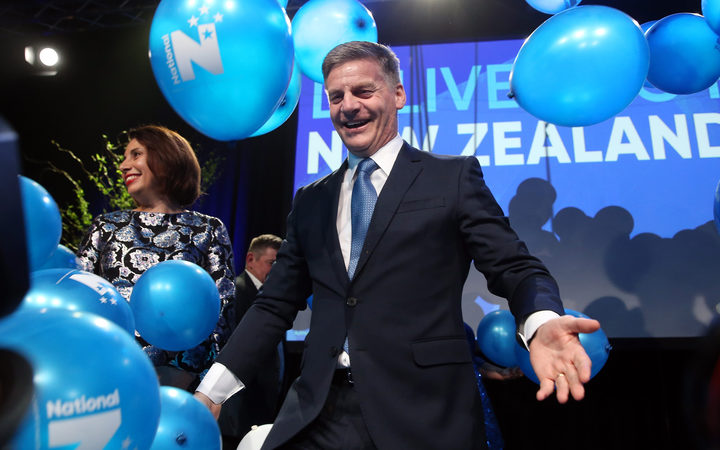 Bill English at the National Party's election event at the SkyCity Convention Centre in Auckland in September. Photo: AFP

Yesterday's announcement of Bill English's resignation comes as no surprise. Rarely do leaders of political parties stay in the job following an election.

But what is surprising is how the announcement seems to be following a pattern of calm and stable elections of political leaders in this country.

To put this in context, you just need to look across the ditch - where former leaders and Prime Ministers continued to lurk in the corridors and where lists of supporters are always kept alive. Rumblings of leadership takeovers are a weekly media story in Australia.

New Zealand politicians - at least over the last 18 months - know that the public don't want this. Other than a few within the bubble in Wellington, most voters don't want to see a nightly drama played out of who is in the lead.

The transition from John Key to Bill English was flawless; the handover from Andrew Little to Jacinda Ardern was mature and considered. The election of a new National Party leader is likely to be the same.

National ran their 2017 campaign on a message of stability and discipline, and they will want this to continue throughout the leadership election. Mr English has ensured, like his predecessor, that everything has been set up to allow this to happen.

Just like most things Mr English has done over the past 10 years in politics, he has listened to the caucus, he was calm and measured in his decision, and he has given them space to sort it out.

The legacy left behind by Mr English is large but there is no shortage of quality candidates that will put up their hand to follow him.

Judith Collins and Simon Bridges this morning confirmed they will contest the leadership, Jonathan Coleman said he was not ruling anything out, and Mark Mitchell has confirmed he is considering a run.

The party's deputy leader Paula Bennett said she would seek re-election as deputy but would not run for leader.

Other names bandied about include Amy Adams and Nikki Kaye.

They are well known because National has done a good job of attracting and developing talent.

Leader of the Opposition is often perceived as a poisoned chalice - especially taking it on after losing government. But Mr English was not rolled and so whoever comes into the job will inherit a unified caucus that is supported by a well-oiled machine of staff. They will be able to hit the ground running immediately after the taking over the helm.

A three-year term for this Labour government is possible, especially if National succeeds in driving a wedge between the coalition parties. The new National leader has a good chance of being the next Prime Minister.

Let's also not forget that there is another leadership contest happening simultaneously. The Greens are currently going through the process of electing their female co-leader. Their process is very different - delegates from the membership of the lay party vote on the leader. This will mean that they have a much more public and possibly toxic leadership contest.

For National, the vote remains in the caucus. This means that every MP - regardless of how senior they are - has one vote. The newer MPs who would be used to sitting quietly in the back of the room will suddenly find themselves much more interesting to their colleagues.

All of the leadership contenders for National also held high profile portfolios last year going into the election. How these former ministers managed constituent inquiries from backbench MPs or listened to their thoughts on election policies will form a key part of their decision on who to support.

While the media tends to focus on the leadership contender that is more likely to win government, it is often the personal interactions that garner the numbers in the caucus.

A damaging National Party leadership contest will not give them the best chance to be in government in three years' time.

* Brigitte Morten was a senior ministerial adviser for the previous National-led government. Prior to that she was an adviser and campaign director for Australia's Liberal Party.