Opinion - For the Warriors, things don't usually start going wrong until after the first few rounds of the year's competition, writes Jamie Wall. 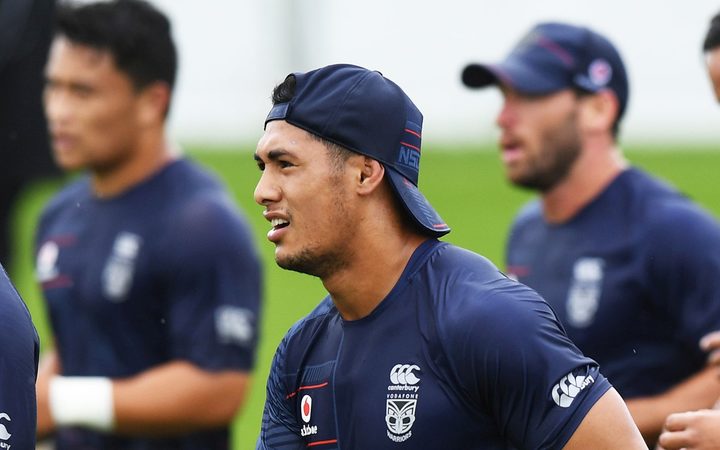 But this year, it's only just February and it now looks certain that star skipper Roger Tuivasa-Sheck will be heading up the road to Eden Park to play for the Blues, with the ultimate goal of playing for the All Blacks.

Understandably, NZ Rugby and Blues coach Tana Umaga will welcome the outside back with open arms. However, it's obviously a bit more complicated than the simple tale of a Kiwi kid following his dreams to be an All Black.

It's the second time in a week that NZ Rugby has seemingly got one up on for Warriors, following the saga of Etene Nanai-Seturo resigning from his league contract and debuting for the All Blacks Sevens. However the Warriors haven't come out of that situation looking that great either, given that they are trying to lock 15-year-olds into long-term deals.

Tuivasa-Sheck will go to union, despite what his agent, NZ Rugby and the Warriors say. It would make the most sense for him to go in 2019, because he can get a decent grounding in the Blues and have a relatively stress-free time of it - given that everyone's focus will be on the build up to the World Cup. If not next year, then in the inevitable talent vacuum that will occur after the tournament finishes - perhaps after a one year deal at the Rabbitohs, if Australian sources are to be believed.

There's no 'probably' about it either; the man himself revealed that wearing an All Black jersey is what he wants to do with his life as far back as 2015. So they might as well just admit that's what's going to happen and get this whole charade into the light.

Whatever happens, the Warriors are most probably the losers. Even if Tuivasa-Sheck keeps mum on switching codes, nothing short of him signing a long-term deal and then playing a leading role in them having a huge season in 2018 will quell speculation about his commitment.

Going on the last few seasons of Warriors footy, the second part is unlikely. And the annoying thing for Warriors fans is that this sort of thing is starting to have a predictably familiar feel to it.

Last year, Kieran Foran signed a one-year deal at Mt Smart, ostensibly to get his life back in order after a horror couple of years on and off the field at Manly and Parramatta. He seemed to have achieved that, but then took the first opportunity to get back to Sydney he could - signing with the Bulldogs before the season had even finished.

Similarly, James Maloney signed a deal with the Roosters a year out from leaving the Warriors at the end of 2012. He appeared to phone it in for the entire season, getting himself dropped to the reserve grade side by the time the competition finished. Just to underline how little effort he put in that year, Maloney has since then gone on to win premierships with the Roosters and Sharks, as well as being a consistent NSW Origin selection.

The big talk of the Warriors faithful this year is how well they've recruited in the off season. But given what we've seen in the past, those players may have simply come to Auckland so they can eventually get a better deal somewhere else.

In Tuivasa-Sheck's case, at least, he won't be playing against and inflicting any defeats on the Warriors when he inevitably does switch to union.