The Warriors must learn to better deal with week-to-week expectations if they are to finally find success in the NRL, recruit Gerard Beale says. 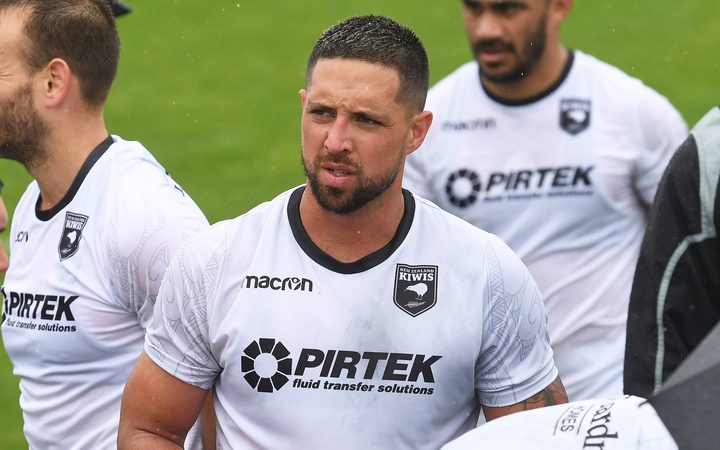 Beale grew up in Australia but is of New Zealand heritage and has kept a close eye on the Warriors since his childhood in Brisbane.

"They always have had the talent there," he told AAP.

"I think it's probably mentally and the way they deal with expectations like that.

"One week they play really good and the next week just lose it. "

The Warriors have not made the finals since their appearance in the decider in 2011 and have the worst post-Origin record in the NRL.

The club lost their last nine games in 2017 despite starting the year with an all-Kiwis representative spine, and the path to the top seems as long as ever.

However, the Warriors' squad has a wealth of potential.

Roger Tuivasa-Sheck, Shaun Johnson and Issac Luke still fill their spine, while the arrival of Tohu Harris adds skill to a pack that already includes enforcers such as Albert Vete and Sam Lisone.

But Beale has charged himself, along with fellow newcomers Blake Green and Adam Blair, with helping the Warriors finally deal with the highs and lows.

"I'm excited I get to be something of a leader within the team," Beale said.

"It's going to be a big challenge. It's just making sure everything is clear and our leaders are really leading by example so the young boys can just give that energy they do."

Beale has his own challenges before their season-opener against on South Sydney on March 10, which forms part of the double-header at the new Perth Stadium.

He is expected to return to running this week after he broke his leg in last year's World Cup, and hopes to spend a full year in the centres after floating across the Sharks' backline last year.

But his main wish is to help turn the Warriors around.

"Having success at the Sharks was nuts, that was crazy," Beale said.

"But If I could do that at the Warriors it would be even crazier. That's what's driving me, just the thought of that because it would be crazy."