Making an offer to take 150 boat people heading to Australia helped cement New Zealand's relationship with its trans-Tasman relationship and got the Australian coalition government out of a political hole.

But that was 2001, not 2017. Then Australian Prime Minister John Howard, who faced criticism for turning away the Tampa from Australian shores, was grateful to New Zealand Prime Minister Helen Clark for her offer. From then on he was a strong backer of the trans-Tasman relationship, despite disagreement, for instance, over the invasion of Iraq. 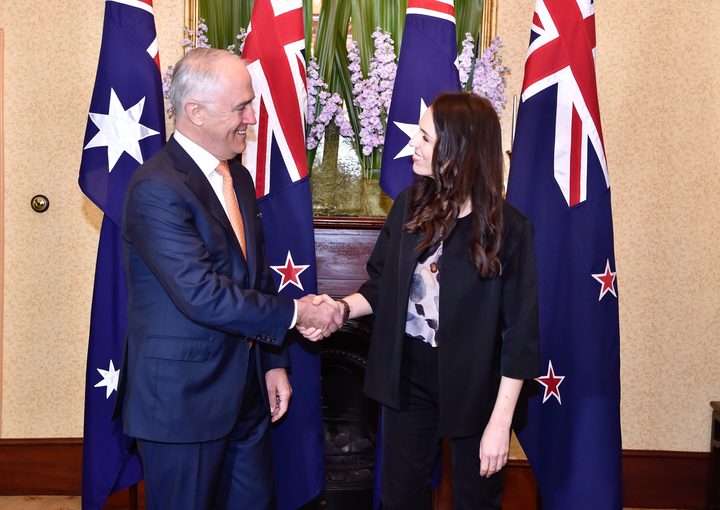 When John Key made a similar offer to Australia's Labor Prime Minister Julia Gillard in Queenstown in 2013 it was also accepted gratefully. But in the Australian election later that year Labor lost and the new Liberal-National Government turned its back on the deal.

So it came as no surprise when Prime Minister Jacinda Ardern made the offer again that Australian Prime Minister Malcolm Turnbull rejected, despite the desperate conditions refugees on Papua New Guinea's Manus Island face.

Mr Turnbull's government believes if New Zealand took some of the refugees it would open a back door for them to get into Australia and encourage the people smugglers to restart their trade. As well, Mr Turnbull is still pinning his hopes on a deal with the United States for that country to take 1250 refugees.

On her first overseas trip - visiting New Zealand's most important partner - Ms Ardern tread carefully. While renewing National's offer to take 150 refugees she avoided criticising Australia's policy and she ruled out - as some have suggested - going directly to the Papua New Guinea government to do a deal to take the refugees.

She is likely to come under more pressure, though, from some of her supporters and the Green Party to do more, particularly as the already dire circumstances of the refugees on Manus Island worsens. How she balances her commitment to acting on principle while maintaining and strengthening the trans-Tasman relationship will be a big test, particularly as she has indicated she expects progress on the refugee crisis within weeks.

What does she do when that does not happen? She says she will go back to Australia if there is no progress to say the offer is still on the table. But it is still up to Mr Turnbull whether he accepts.

On another matter, however, Ms Ardern, unlike her National government predecessors, is talking tougher with Australia. Mr Turnbull confirmed that Australia was not going back on its policy to charge New Zealanders living in Australia overseas fees for tertiary education.

Ms Ardern's response was quick and to the point. New Zealand would retaliate against young Australians here, particularly as her government intends making the first year of university study free from next year. Both leaders appeared to accept the other was free to do as they wished, irrespective of the special relationship between the two countries.

While some difficult issues came up this first meeting between the two leaders was all about relationship building. For New Zealand the relationship with Australia is more important than it is for our bigger trans-Tasman cousin. That puts an obligation on Ms Ardern to manage it carefully.

But that does not mean she has to genuflect to Mr Turnbull each time she meets him. Nor did she. Had he been expecting Ms Ardern to defer to him Mr Turnbull might have walked away from their breakfast meeting with a newfound respect.