Opinion - Last night's game against Argentina was a good dry run for the All Blacks in the lead up to next week's game against the Springboks, Jamie Wall writes. 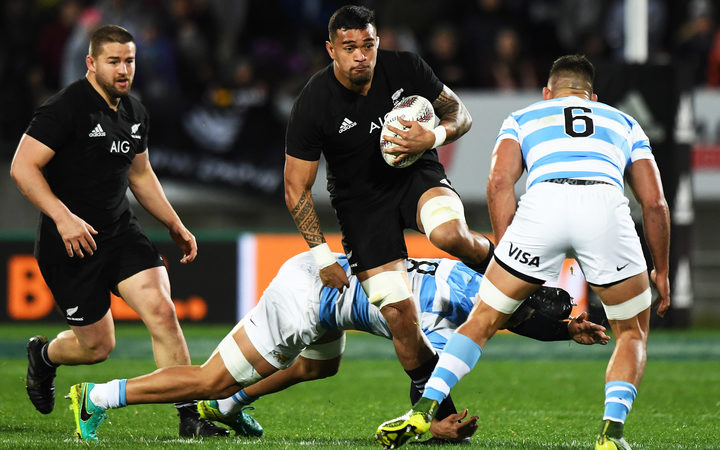 It was a bitterly cold night at Yarrow Stadium last night, and at the end it seemed like both teams were just glad it was over. Especially the poor Pumas who were tasked with tackling Vaea Fifita.

The big Wellington flanker stole the glory from what was supposed to be a Beauden Barrett show in his home town, but admittedly he was helped by Barrett not having one of his greatest games in an All Black jersey.

My seat was high in the main stand, so I was in pretty good position to hear the audible gasps of disappointment as Taranaki's favourite son sprayed three conversions wide of the sticks in the first half. The gasps turned to stunned silence as Barrett was sent to the sin bin in the second half.

They'd already been treated to Pumas first-five Nicolas Sanchez scoring a full house - a try, conversion, drop goal and penalty - all in the first half.

It seemed, according to the scoreline at least, that the Pumas were a far greater threat than their horrible lead up form suggested.

It came through Fifita's knack of being able to produce incredible, viral-video worthy highlights. His 40m run will be long remembered by the 23,000 strong crowd as one of the best ever seen on Yarrow Stadium, and from then on the All Blacks were in cruise control.

They even managed to get around the fact that referee Angus Gardner seemed to give the Pumas a free pass when it came to repeated penalties, with not even a hint of the sort of punishment given to Barrett earlier in the game forthcoming from the Australian whistleblower.

There were two common themes in the lead up to the game: one was the surprising admission by the All Blacks staff that they expected big things from Fifita and that he was an absolute weapon of a player. The other was the presumption by basically everyone that this game would be little more than an opposed training run against a Pumas side seemingly devoid of any ability to play the sort of footy that got them to a Rugby World Cup semi-final two years ago.

Fifita took it upon himself to prove the former.

The scoreline of 39-22 would suggest the latter was a brash call, but it can be read a different way than a plucky Pumas performance.

The truth of the matter is that they only had one real try-scoring chance, and took it on top of a great night for Sanchez off the tee. But, other than a few good runs by number eight Benjamin Macome, that's all they really had. The All Blacks did well to weather the attack and then put their plan into action in the second half, running out far more comfortable victors than the scoreline would suggest. After all, for the Pumas' one try, the All Blacks scored six in return.

So, in a way, it was a good rehearsal for when the chips are down against a team of higher quality. Which is timely, because the much-improved Springboks arrive here this week.