Opinion - For the first time in its 52-year history, all five APRA Silver Scroll finalists are women. Would we be analysing the finalists in depth if they were all men, or would we take it for granted and not bat an eyelid?

The fact that we are discussing it shows our amazement at this feat. And it's about damn time too. All five are to be cherished and celebrated in their own right.

Let's take a look back through time to see how things have evolved in the Silver Scroll's history and what is yet to be done for true and meaningful representation of all songwriters in New Zealand. 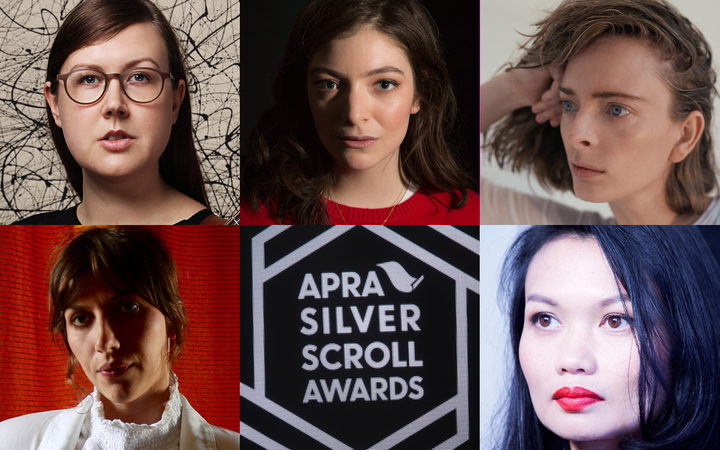 Starting in 1965, there have been 76 winners in the Silver Scroll's history. Only 10 have been women, or 13.16 percent. For the first 12 years of its existence, men won each and every time. It wasn't until 1977 that Lea Maalfrid won with 'Lavender Mountain'. Since then I can count all the women who have won on my fingers.

The number of APRA songwriter members who identify as women sits at a low 21.7 percent. And because the history of the award to date has not only been mostly male, but mostly Pākehā, it has not reflected the cultural reality for songwriters in this country. There were very few Māori and Pasifika finalists at all until the mid '90s. Since a run of winners between 1999 and 2004 - Che Fu, King Kapisi, Nesian Mystik and Scribe - winners have been mostly Pākehā.

I'd hazard a guess that some of our Māori writers are choosing to enter the running for the Maioha Award instead, which has been in existence since 2003 to recognise and celebrate waiata Māori. Nevertheless, we should still expect to hear more beautiful brown voices in the long and finalist lists for the Silver Scroll itself.

So do women and non-Pākehā really not write as much music as Pākehā men? Or is it that they are writing, but not being 'heard' by the mainstream or music industry establishment? Or not choosing to celebrate? Perhaps these writers themselves don't care about this award, and aren't entering?

I'd say it is a mix, plus a good dose of the usual obstacles women face in any work industry: juggling the pressures and expectations of childcare, infiltrating the long-standing and often patriarchal social systems in the industry, and withstanding general sexism in music.

But things are getting better. And quite quickly.

In particular, equitable and diverse gender representation among the the five finalists for the award is rapidly increasing. The tide has surely changed. The glass ceiling has fractured.

Look at this sweeping shift. In 1996, Bic Runga won with 'Sway' - and is once again a 2017 finalist alongside Kody Neilson for 'Close Your Eyes'. In the intervening 20 years, 38 writers or co-writers have won but only six have been women, including Bic. Not good enough at all. In the last 10 years, five out of 20 winning writers or co-writers have been women. It was an improvement, but still not enough. If we look back at the past five years, though, the numbers are getting remarkably better - with three of the eight winners being women, much more than the statistics would predict.

This year, APRA itself has pledged to close the gender gap in its membership by undertaking some serious research and making immediate changes to the balance of its ambassador programme, music grants, SongHubs and professional development awards.

The organisation has also listened carefully to its membership and changed to an single-transferable-vote system for the Silver Scrolls, which will no doubt continue to increase representation.

So to have a top five of women in 2017 is quite something. And their music itself is reasonably diverse. We are getting there.

To all the women out there who write, keep doing it. To our listeners, go to women's gigs, buy their music. Support and understand Māori and Pasifika music. Widen your frequencies and we'll all benefit.

Jessie Moss is a primary school teacher, musician, writer and te reo Māori enthusiast who lives in Newtown, Wellington with her partner and their two daughters. She spends any spare time reading, thinking and writing about society, our histories and how we live today - with a focus on politics, education, gender and how Pākehā interact in te ao Māori.