"A script for us" - the verdict on Taylor Swift's court win 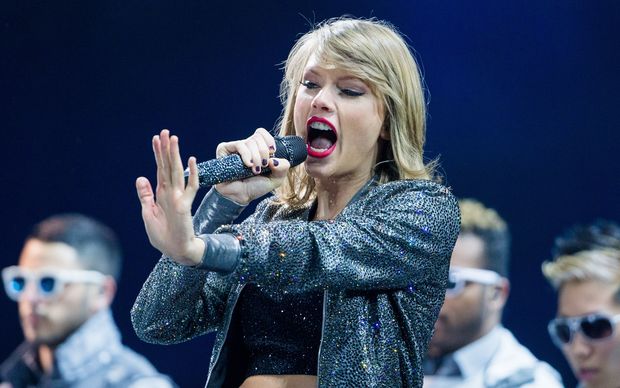 Last week a Colorado court found in favour of megastar Taylor Swift’ and awarded her US$1 in a suit against a local DJ who had groped her at his radio station’s meet-and-greet. Swift counter sued David Mueller who had first filed a $3 million dollar lawsuit against her for loss of income. His case was thrown out, and Swift’s $1 damages case was heard. Fans and non-fans alike have been praising Swift’s handling of the case, particularly during the cross-examination from defense lawyer Gabe Mc Farland.

RNZ Music sought out some reaction from local women about why they responded so strongly to the verdict, and invited them to share excerpts from Taylor Swift’s testimony.

"I’m not going to let you or your client make me feel in any way that this is my fault. Here we are years later and I’m being blamed for the unfortunate events of his life that are the product of his decisions - not mine."

Touching someone without consent is assault. I’m really glad Taylor Swift stood up and fought the good fight. It’s such a benchmark case and it really tells the world that you do not have the right to touch me, or to blame me for your choices.  I do think she is a role model and she’s making that line very clear about what is acceptable and what is not. It’s my body you do not own me. I am not your property. You do not have the right to touch me without my consent and if you do, you need to take responsibility for your actions. - Zoe, 32

This is the thing that always stops young women from coming forward, being told that it may be our fault. That’s what almost stopped me when I had the courage to finally come forward. But I’m glad I did because it encouraged others. - Mele, 26

When I was looking at the case I was kinda thinking about incidents like this in my life from what I’d done. Looking back on it, for example, in intermediate when I was Year 7 and boys who were Year 8 would walk past me and hit my ass in the corridors. I didn’t know what to do because it was just them mucking around or having fun - you just wanted to fit in - so I would’ve never said anything no matter how I felt. You know we go boy-girl-boy-girl in assembly and the boys would put their hand on my leg and I wouldn’t know what to do and I wouldn’t be able to do anything because there’s a guy on either side of me and you just don’t know it was wrong and they don’t know it’s wrong. You just have this attitude of “It’s not his fault, it’s your fault” and you should’ve been okay with it. Now seeing.. that she’s [Taylor Swift] not okay with it and a jury’s not okay with it and the judge can rule it’s not okay, I think I’ve now been like, Well why am I still friends with this guy? He shouldn’t have done that and it’s not our fault. -Trinity, 17

“The only person who would have a direct eye line is someone lying underneath my skirt and we didn’t have anyone positioned there” - in reference to the defense attorney asking Swift why nobody else had seen this happen or why it wasn’t present in the picture that was taken while this sexual assault was happening.

For her to do this kind of thing it was so important because every single one of her responses she gave is like a script or a template for any other young girl to be able to use in a situation similar to this because - unfortunately - it happens to so many people and it is really hard when people ask you questions about it, especially if you are not able to articulate the right response and it is so much easier when somebody has already put together a statement that is powerful and you get asked these kinds of questions that Taylor got asked, and her responses resonated with me personally, but also have allowed me to see the response and say “Okay if this ever happens again here is a script of everything I can say". And I just think it makes that step so much easier.

I just think that it was almost funny, she’s borderline taking the piss out of him, which I really enjoy. It is quite sassy and its quite a nice comeback because she’s like “well, that’s a really dumb question”. You don’t have a picture of it because no one us positioned underneath my skirt. - Britt, 23

“My ass is located in the back of my body” When lawyer Gabe McFarlane suggested that the assault didn’t take place because Taylor Swift’s skirt didn’t appear ruffled in the photo which was part of the evidence.

I admire the way Taylor answered the questions, even her tone because some of the questions were quite ridiculous. And I like that Taylor knew that what happened to her wasn’t her fault - she knew it was wrong. This whole cour tcase seems to be a reminder that we need to be teaching our youth - boys and girls - about consent. They need to know what is okay and what isn’t okay. - Mahinarangi, 26

“Your client could have taken a normal photo with me,” when Taylor Swift was asked by the defense attorney why she did not move away or make it obvious to others at the time the assault took place.

"Why is it my responsibility to alert someone else to the situation, why isn’t just this guy’s job not to be a horrible guy? It’s an awesome victory for every woman, everywhere who has ever been in a situation like this. But in particular young women, every girl who has ever been at a party and been told to just get over it when somebody’s touched them inappropriately or grabs their ass. Guys just fob it off, like ‘just calm down’, or ‘don’t be such a prude about it’. It really means a lot to me that she stood up for herself and didn’t let the whole victim blaming, victim bullying thing get her down. She stood her ground. - Amy, 27

HELP Wellington - specialist support for survivors of sexual assault or abuse in the Wellington, Hutt Valley and Kāpiti region

Victim Support - support after sexual violence, with links to many national services