Power Play - 'Presentable and competent' are some of the bland compliments National ministers have been paying the new Labour leader Jacinda Ardern while they size up their new opponent. 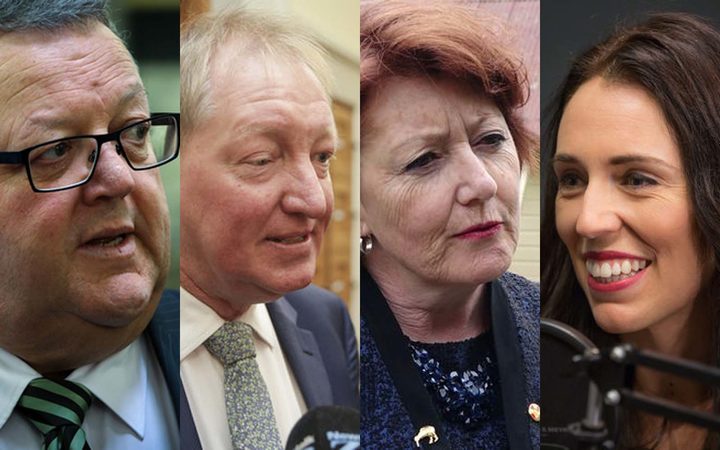 The National MPs usually happy to wield the hatchet have suddenly become models of discretion.

Really? It has never stopped him before.

Senior minister Gerry Brownlee was asked to detail Ms Ardern's strengths and weaknesses after sitting across the aisle from her for nine years.

Mr Brownlee then went on to extoll the virtues of Ms Ardern's predecessor Andrew Little as a "hell of a good guy".

Maggie Barry, who can usually be relied upon to deliver a cutting assessment of her political opponents, could not have said less if she tried.

"Oh, she's a politician in the Labour Party, recently elected as their leader."

And will she be a more a formidable opponent than Mr Little? Ms Barry had no view on that except being sure Ms Ardern will "do her best".

Only Nick Smith was prepared to broach anything approaching a personal criticism, dismissing her as failing to make "any significant mark on any issues", and noting the desperation of the Labour Party to change leader this close to the election.

So called "Angry Andy" got different treatment at the hands of the National Party - a tag that stuck with Andrew Little and did him no favours politically.

But he also gave as good as he got.

As the new Labour leader he criticised the then-Prime Minister John Key for portraying the image of a good guy while he was actually responsible for "vile and nasty politics".

National will be very aware of the risks of strong personal attacks on a younger woman, particularly as the sexist debate fires up in the immediate aftermath of Ms Ardern's election, with her being asked to reveal her plans about having children.

She has been backed by MPs on all sides of the House, including the Prime Minister, who say those questions are completely inappropriate.

They will concentrate on the instability created by the churn of Labour leaders, and whether Jacinda Ardern has the time, the momentum and the policy platform to secure enough voter support to form a government.

National will pull its punches while Ms Ardern enjoys the after-glow of the leadership change and the spike in publicity the party, and she herself, have received as a result.

But they will be looking for vulnerabilities in Labour's policy pitches and slip-ups she may make in the heat of the election campaign.

The last thing National will want to do is give her more publicity, or engender any public sympathy for her from misguided political attacks.