Analysis - Andrew Little's time at the top was brief - in keeping with the trend followed by recent Labour Party leaders. 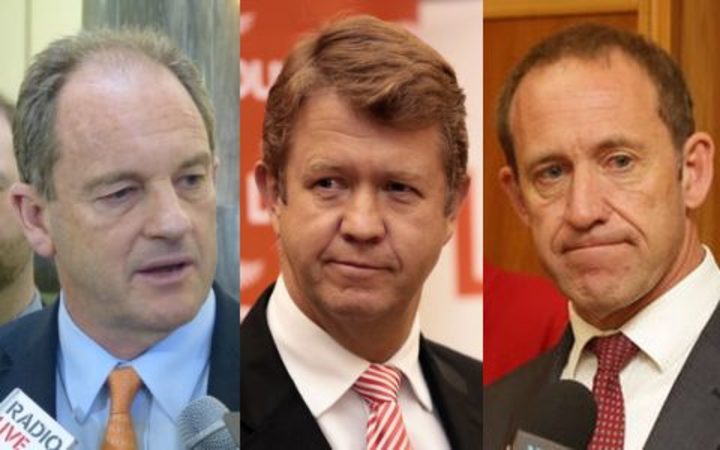 David Shearer, David Cunliffe and Andrew Little have all had a turn as being Labour's leader in recent years. Photo: RNZ

He took over as leader just under three years ago, following Labour's sound defeat under David Cunliffe at the last election (when the party polled just around 25 percent).

Cunliffe had been at the helm for about a year, after taking over from David Shearer. They both went when the polls fell too low for comfort - the party's polling has fallen further under Little, culminating in the 24 percent result at the weekend which saw him question his own position.

Little came to Parliament via the list in 2011 (he competed for the New Plymouth seat but lost) after leading the Engineering, Printing and Manufacturing Union (now E Tū) for more than a decade.

During his time there he changed the union's structure and boosted its membership to 40,000. He was considered a good operator by other advocates and business people.

Initially he took on the ACC portfolio and traded barbs with then-ACC Minister Judith Collins, who at one point threatened defamation action. Little stood in the New Plymouth electorate again in 2014 but returned to Parliament through the list.

During that term he introduced a private member's bill, in the wake of the Pike River Mine disaster, that would have created a criminal offence of corporate manslaughter.

Following Cunliffe's resignation Little defeated Grant Robertson, David Parker and Nanaia Mahuta in the race to lead Labour. At the time he was considered a forceful breath of fresh air and someone who would prove a strong counterpoint to the popular Prime Minister John Key.

Indeed, the first polls after his appointment were positive.

Early on he focused on wanting to build the "Kiwi dream" and he won plaudits for reining in a caucus which had been wayward under Cunliffe. It included a reshuffle of his line-up and the moving on of older hands. However, the dream was short-lived.

His first state-of-the-nation speech attracted criticism for its lack of detail but it did set out clearly his focus on jobs and reducing inequality.

In the house he attacked the government over the Sky City Convention centre deal, called on it to rein in the pay of top public servants and pushed for zero-hour contracts to be scrapped.

But he still struggled to get traction against the perennially bullet proof Key, despite events like Ponytail-gate, and was considered a wooden performer on the stump.

However, Little was unable to take advantage and make ground on the new Prime Minister Bill English, despite his also lacking Key's natural charm, and earlier this year Little was in court fighting a defamation claim brought by Earl and Lani Hagaman, owners of the Scenic Hotel Group.

Little had spent the last year drawing clear battle lines in the lead-up to the September election, pitching Labour as the party to help those struggling with housing, income equality and crime. It will be a legacy the new leader will have to run with.