High-profile lawyer Mai Chen says when she first came to New Zealand from Taiwan the teasing stopped on the sports field because she "could beat them". 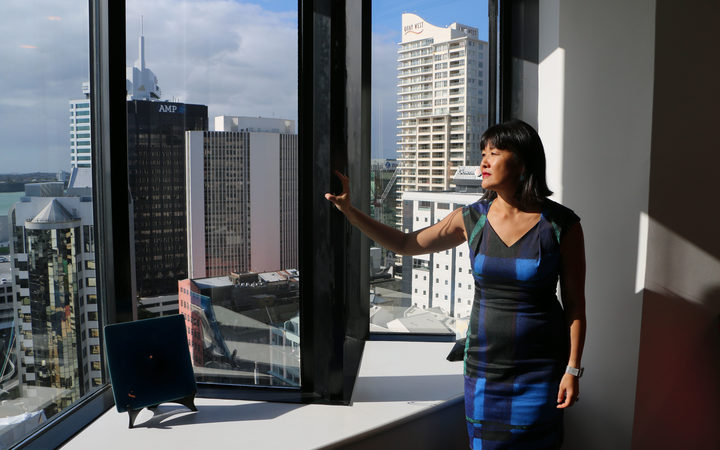 Mai Chen has come a long way since arriving in NZ as a 6-year-old, who spoke no English. Photo: ( RNZ / Bridget Tunnicliffe )

Mai Chen and her three older sisters were always destined to have active childhoods, whether they wanted to or not.

"My dad taught us to swim, he'd throw us in the pool and before we drowned he'd tie a piece of rope around our middle and he'd walk us up and down.

"I started swimming at the age of three so I was the under-six breaststroke champion of Taiwan," she said. 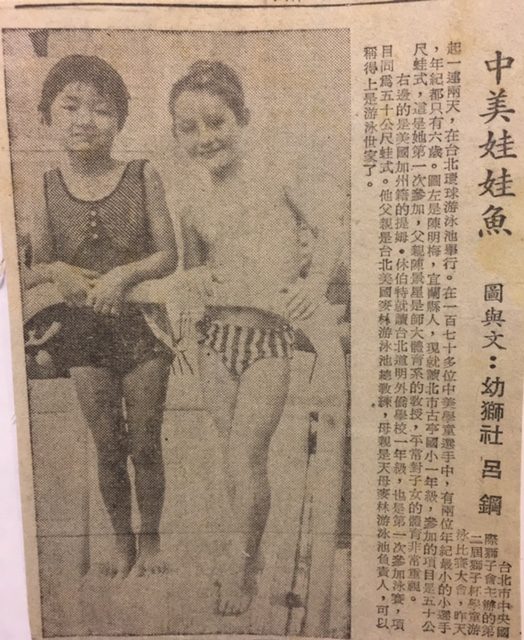 Mai Chen's mother still has a newspaper clipping from when Mai was a breaststroke champion in Taiwan. Photo: Supplied

Mai Chen's father was an Olympics gymnastics coach and moved the family to New Zealand in 1970 to train the men's and women's gymnastics teams in New Zealand.

It's no surprise gymnastics played a big part of her formative years.

Ms Chen was six when she arrived in Christchurch and it didn't take long for her to get involved in all kinds of sports.

"I captained most of the teams I was in. I was the captain of our football team. I played basketball competitively, netball competitively. I did track and field. I think I'm still the under-12 high-jump champion record-holder for Dunedin-Southland."

Not only did she learn a lot of English on the sports field, she said playing codes like netball helped her fit in. 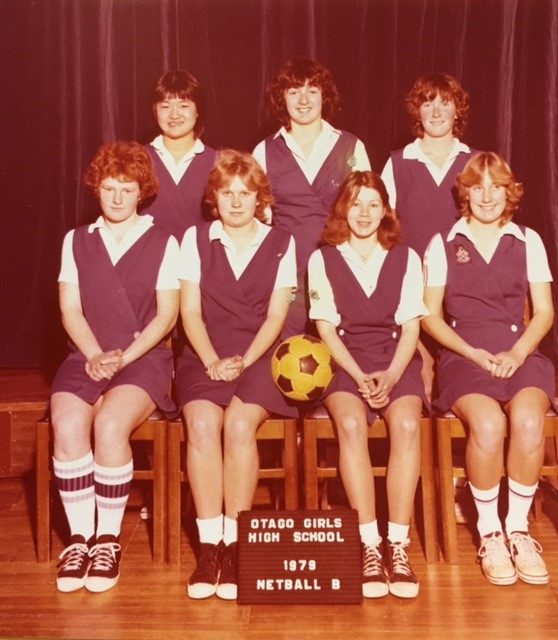 Mai Chen played most of the core New Zealand sports at school like netball. Photo: Supplied

"It gave me instant street cred, it made me a bit cool so I was really fortunate in that respect."

Her father's day job was at the YMCA, which in part led to the family converting to Christianity.

"I think he finally figured out that 'C' meant Christian, because we were Buddhist and he sent us to church, so between the church and school, that was my culturation.

"I learnt my leadership skills there, I learnt how one was supposed to work as a team. I learnt Kiwi culture because prior to that I didn't know any Kiwi culture."

Full-time gymnast 'not an option'

She wanted to be a full-time gymnast but it was not an option as far as her father was concerned.

"He said 'you are not to do this career'. He said 'I want you to be a professional because there isn't sufficient respect or money or status in this profession' and that broke my heart. 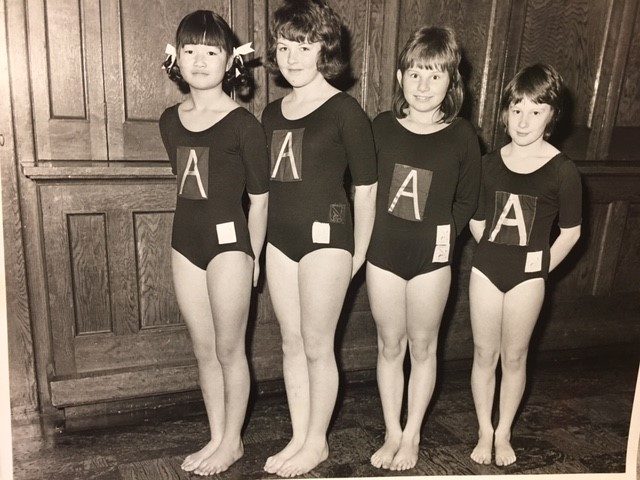 Mai Chen (left) in one of her many gymnastics teams. Photo: Supplied

She continued her involvement in sport but also excelled in the academic arena.

When she left Otago Girls' High School in 1981 she was dux, head girl, and best all round student.

In the end, her father got his way.

Mai Chen, the managing partner at Chen Palmer, is one of the country's most well- known lawyers. She works on the top floor of a high rise in Auckland's CBD.

She said the greatest privation about her job was that she had to stay still.

"I have a large amount of fast-twitch muscle, I have to move. But it's fine, I'm very disciplined, I get up early, I get my work done and then I can go out."

Ms Chen, who also chairs the Superdiversity Centre for Law, Policy and Business, worries about Asian parents who put education above everything else for their children.

Sport New Zealand surveys show that those who identify as Asian, participate in sport and recreation less than the average Kiwi.

She said that was not through a lack of sporting prowess.

The stats also show that Asian boys and girls showed a strong interest in trying new sport and recreation activities. 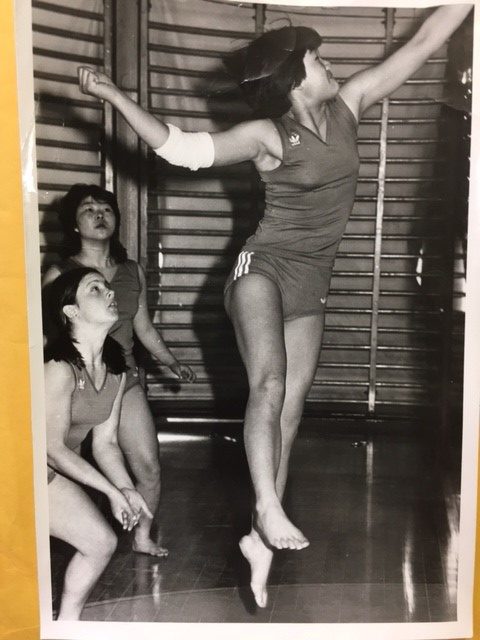 "What that tells me that is they don't know how to get involved. If I had not had involvement through my school then we wouldn't have had any idea how to join up.

"I don't think my parents could have filled out the forms, they would have been quite scary. And of course we didn't have much money but because we participated though school it was much much easier."

She said the way that Asians approached sport was probably different from a lot of Kiwis.

"They think that you should take it seriously so that you should be Lydia Ko and go professional. This thing where you just play sport for fun is probably a bit of an anathema to them.

"In the country I come from, if you sit the major exam and you don't do well then that determines what profession you can have. Because of the amount of time that young people are expected to study by their parents, the weight of expectation is huge, every Asian person will tell you this."

So what is Ms Chen's attitude to her own son's study-recreation balance?

"The way I raise my child here is completely different. I want him out and the way we've done that is that we got him a dog and said 'you have to walk this dog'."

Many benefits from playing sport

She said a lot of her son's Asian friends were getting extra tutorials after school.

"I say 'well can't they just come on a play date with Jack? No, they're busy'. I find a lot of these children are very, very busy because their parents are busy tooling up their CV, but they probably think there's more merit in academic tutorials and music tutorials."

"Sport was huge for me and it remains that way. In between my busy schedule I just dashed out to yoga and back. For me it taught me leadership, it orients me, and from my perspective the reason why I'm able to work so hard and concentrate so well is because I'm very fit."

She said sport was also a great way to meet people from different backgrounds.

"You meet all sorts of people on the track and field.

"You may be in the A-stream at school but who cares, when you're on a sports field what matters is whether or not you can sink a goal, whether you can block a shot, whether you can do a spike. You know I worry about these kids not being able to get out and also just have a bit of fun, get out in the sun."

She said some of our traditional sports may also appear quite brutal to people who were used to badminton and table tennis.

"They have mothers, probably like me, who are a little bit frightened of rugby because they're probably not used to it, they don't grow up with it."

It was a significant issue, given one in three people in Auckland will be Asian in three years.

She said traditional New Zealand sports like rugby, netball, and cricket would suffer if they did not actively engage with Asian communities.

She said it was not that they don't want to play, they just don't know how.

"They don't understand a sport like rugby. I still don't really understand rugby, you can see it wasn't part of my traditional family life. And, not surprisingly, my son doesn't play rugby. What does he play? Badminton and ping pong."