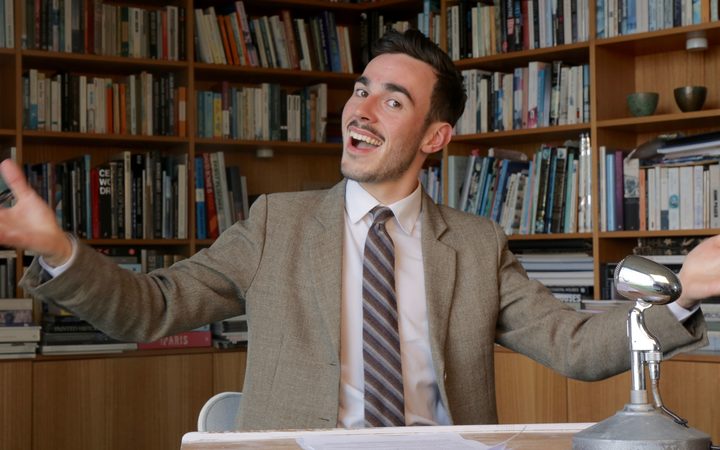 From one white man behind a desk to another: Robbie Nicol responds to John Oliver. Photo: Sally Bollinger.

Bill English did not ask me to write this letter, but RNZ did. RNZ is a government-funded organisation, so maybe their request is a direct offer from the man himself. To the Right Honourable Mr Bill English: I accept your offer and you are welcome. What follows is an open letter to a fellow white man behind a desk: John Oliver.

Bill English, noted comedy critic and man I have never seen smile, recently drew my attention to your "unfunny" work. I quickly went to YouTube to watch your series of rants on the glorious nation of New Zealand. It goes without saying that I was mortified. However, to stress the point, I'll say it very quickly: I was mortified.

I would try to take you on myself, but I have roughly three subscribers on a YouTube channel I film in a bedroom at my parents' house. That was sufficient for a national newspaper to call me "the Kiwi John Oliver". I hope this gives you a sense of scale.

In fact, our country as a whole is too small to respond to your continued barrage of comedy. Last year the company that owns your network, Time Warner, had a revenue of roughly 17 percent of our nation's Gross Domestic Product. And that was a good year for us.

I have yet to talk it over with Bill, but I imagine we cannot devote a fifth of our nation's GDP to responding to your jokes. 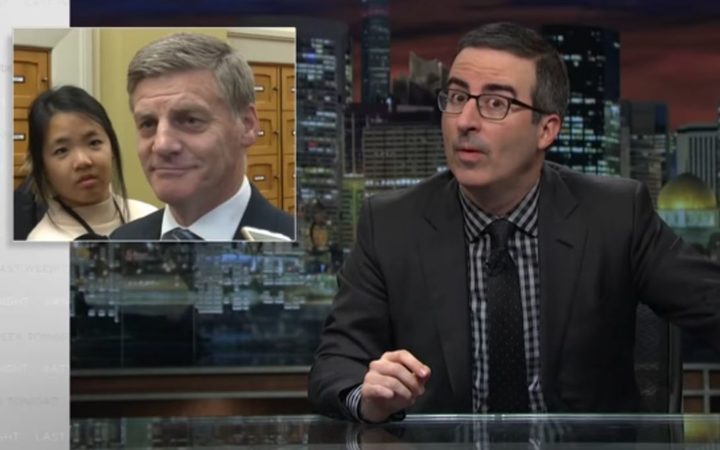 It was OK when you mocked John Key. He was extremely well-liked. Bill English only just took over the National Party, and he's desperately trying to seem like a relatable guy before the election. It's not going well.

Things are already tough for Bill on the satire front here at home: online media outlet The Spinoff has started producing clever, profitable content; gosh-darn-feminists have taken over New Zealand TV with Funny Girls; even the sketches on Jono and Ben have started to have a satirical bent. What's next for poor Bill? A White Man Behind A Desk live show? Coming to Circa Theatre from the 6th to the 10th of June? Yes

While I may not have the means to fight you, I want it to be known that my allegiance will always be to this proud nation and our prime minister, unless you can offer me a writing gig. In which case, I have a piece on Paula Bennett I think you'll really like.

Robbie Nicol is the host of political satire webseries White Man Behind A Desk, available on YouTube, Facebook and TVNZ OnDemand.