Opinion - The Commerce Commission picked up the gauntlet thrown down by NZME and Fairfax after the initial rejection of their merger proposal. Its final decision carries a clear message: If you want to go to court to challenge us, bring it on. 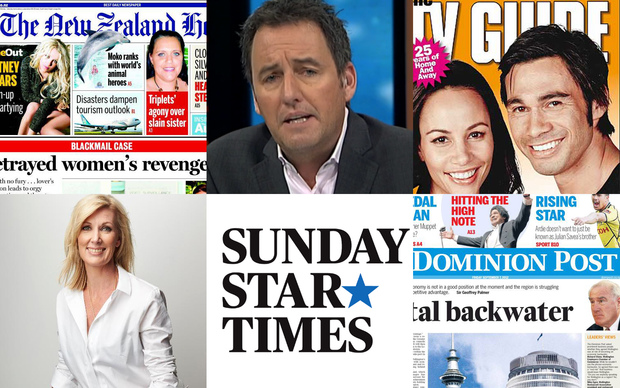 Between them the two media organisations own a raft of major metropolitan, regional and community newspapers, the Stuff website, and a stable of radio stations. Photo: SUPPLIED

The media groups' lawyers had warned the commission against taking public interest considerations into account, citing limits to its power under the Commerce Act.

The commissioners have reinforced their position in today's decision, rejecting "the notion that there is a category of negative consequences ... that we are required to ignore".

NZME will be still keen to challenge, but Fairfax's Sydney head office wants rapid resolutions. There are, therefore, a number of scenarios that could play out.

The parties could file an application that is probably already in draft form. A narrow reading of the Commerce Act by the court could still see the commission's decision overturned.

NZME could file an appeal while Fairfax follows through on the dire warning - issued today in an email to staff by their New Zealand acting chief executive Andrew Boyle - of cost-cutting, title consolidation (code for closures) and reduced publishing cycles.

Or they could announce the engagement is off. This would lay both groups open to takeover by private equity companies waiting in the wings. One has already approached Fairfax.

Whichever scenario plays out, the prospects for journalism in this country are bleak. The merger counted on cost savings between $40 and $200 million over five years. That cannot be accomplished without huge job losses. Boyle's email suggests the cuts will come with or without the merger. And private equity firms have a well-deserved reputation for pillaging media organisations.

A merger was always an unimaginative and short-sighted solution to the problems facing the newspaper groups. And they must know it. Seven years after Fairfax Australia's revenue and profit boosting merger with Rural Press in 2006, it was back where it started.

NZME and Fairfax will now either plough on toward a train wreck or engage fresh thinking to give themselves and their journalists a future.

* Dr Gavin Ellis is a former editor-in-chief at the New Zealand Herald and is a media lecturer at the University of Auckland. He is regular media commentator on RNZ's Nine to Noon.