Opinion - I work for the Sexual Abuse Prevention Network in Wellington. Much of my work in the last year has been co-ordinating and delivering consent and healthy relationships education in high schools. Yesterday, I was asked whether the sexual violence in 13 Reasons Why was depicted responsibly. 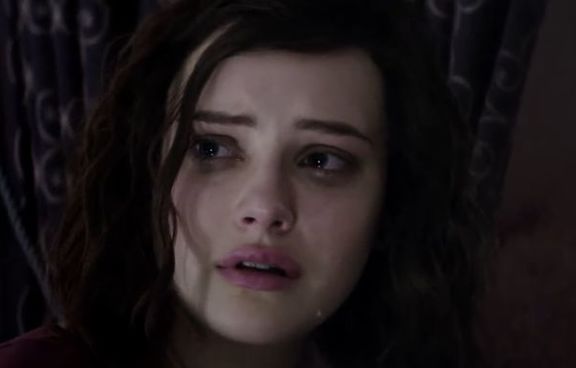 Katherine Langford as Hannah Baker in 13 Reasons Why Photo: Netflix

I was braced to hate this show, hate its messaging about rape and ultimately resent the hours I spent awkwardly watching the last five episodes at my desk.

But that's not how it went. The content relating to suicide felt obviously problematic for a raft of reasons. But the messaging about sexual violence was actually kind of... good. Surprised? Same.

First, the scenes themselves. There are two rapes depicted in this show. They are grim, detailed and graphic. They need a minimum age classification. No doubt.

That said, the show gets a couple of things right. Unlike in many current shows, where forced sex is often not differentiated from consensual, there is not a shadow of a doubt that these are rape scenes. The series uses every indicator possible to make sure the viewer knows this.

What's more, the scenes offer up a more nuanced version of 'no' than we often see in popular media. While both scenes are violent, neither of the victims/survivors are screaming for help, or fighting their attacker off. Notably, one of the scenes depicts the victim dissociating - not moving, not protesting, not there. This is an experience frequently reported by victims/survivors, but relatively rarely shown in TV and film. It's vital that our conception of what means 'no' gets broader, and the inclusion of dissociation is a great start.

Even more heartening are the conversations that other characters have about consent in the aftermath of the assaults. Time and time again, the series holds up a victim-blaming attitude or rape myth, and then undermines it. Time-worn myths, like "what she was wearing" or "she didn't say no" or "she came to my house", are systematically trotted out and shut down.

The show also offers up some positive consent role-modelling in other scenes, showing us a healthy low-key way to check-in with a partner without killing the mood - something else rarely seen on screen.

Could 13 Reasons Why do better? Absolutely. Both rapes are violent, which is often not the case. There's a hint of the rape narrative being used to further the trajectory of male characters. There's a murky suggestion that victims/survivors have an obligation to follow a certain process after a rape. Most concerning, the series offers very little hope. When one of the victims reaches out to an adult for help, his response is uniformly awful.

I don't want victims/survivors to feel hopeless. There are lots of people (experts! friends!) out there who will hear your story, believe you, remind you it's not your fault.

But there's a reason we switch between using 'victim' and 'survivor'. It's because, sometimes, people who experience sexual violence don't survive. This feels important to acknowledge, especially as consent education has dominated news cycles for the last couple of months, and adults have continued to ask, panicked, what they can do.

My two cents? Accept that a popular Netflix show has an opportunity to guide young people in a way that adults don't have. Because it's cool, and made for them. Appreciate that the show actually highlights the harm of victim-blaming and rape myths, and includes some key pointers about what consent is and isn't.

The show isn't perfect, and won't replace robust discussion about these issues with our kids, students and/or friends. So, above all, use 13 Reasons Why to have the conversation. That's what you can do.

Karin McCracken is the programme coordinator and a specialist educator for the Sexual Abuse Prevention Network. She has worked in most secondary schools in Wellington providing consent education.

Support for victims of sexual violence: