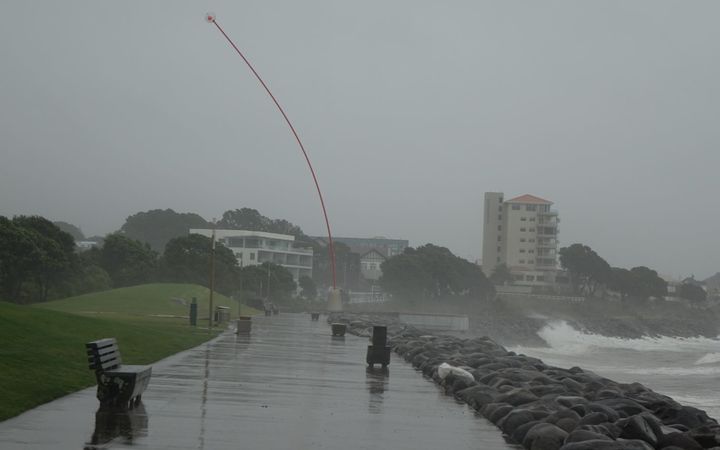 As you get older, you start to notice that the conversations you have with those who you've known for a long time begin to subtly change. As myself and my closest friends have aged, we've moved from discussions about music, television shows and films through favourite nightclubs and bars to politics and career to spouses and kids to (inevitably, as we live in Auckland) house prices.

The one topic that we never seem to age out of, though, is the weather.

Anyone who lives in a changeable climate seems to have an inbred penchant for talking about it. I have family in the UK, Melbourne and coastal Canada who do it all the time. In a country like New Zealand, however - long, thin islands strung between the Tropics and Antarctica, where any passing hour or half hour drive can lead to a complete change in temperature, wind direction or overhead condition, it can downright become an obsession.

There are practical reasons for it, of course. If you work outdoors, have specific travel plans or are planning, say, a wedding, an accurate weather forecast can be crucial.

On a social level, it's an easy in. I use it a lot in taxis, slow elevators and on those, thankfully infrequent but always excruciating, flights where my neighbouring passenger feels compelled to make small talk. It's a non-controversial conversation starter; you may differ on what type of weather you prefer, but you're unlikely to fundamentally disagree on whether it's raining or not.

Weather is universal. We all experience it at the same time, literally outside our windows. It's telling that occasionally when I do something in-studio at RNZ, the host who has been there for hours in that air-conditioned, windowless box will ask, almost mournfully, "What's it like 'outside'?"

All of that makes sense, but none of it changes one inescapable fact.

Talking about the weather is boring.

Weather itself can be dramatic, but trying to describe it is not. That's why we name hurricanes, and even regular winds - the Fremantle Doctor, the Roaring Forties, or, my personal favourite, a hot, dry offshore wind in San Francisco they call Diablo - to try and give them some personality, something we can make a mental image of.

The media, in particular, try to spice their forecasts up with exciting statistics and terminology. One of the most common is "this has been the (driest, hottest, wettest, etc) year since records began".

I've always been fascinated to know what the weather was like the year before records began; it must have been so unusual that people thought, "Hmm, I don't remember it being like this before. Maybe we should start writing this stuff down."

I was in California one November when they were predicting an unusual cold snap. The news was full of breathless stories on how to prepare, endure and physically survive the incoming devastating blast of… 41°F weather.

The term they used was one that is now regularly cropping up here: a weather "bomb".

Such an evocative term, albeit a misleading one. Traditionally, real "bombs" aren't predicted weeks in advance, with precise locations of where they're going to go off. That's kind of the point.

I prefer the technical term "explosive cyclogenesis". That's much cooler, even if it does sound like the next instalment in the Terminator movie franchise, and I will be using it in every taxi, elevator and aircraft cabin I'm in for the foreseeable future.

Jeremy Elwood is a comedian, writer, actor and social commentator. He appears regularly on TV, with 7 Days, and on radio with The Panel. When he's not doing that, he's either travelling or saving up to pay for the next bit of travelling.