Opinion - On his first overseas trip as Prime Minister Bill English has come up against the now familiar remonstrations from European leaders concerned about New Zealand's tiny refugee intake. 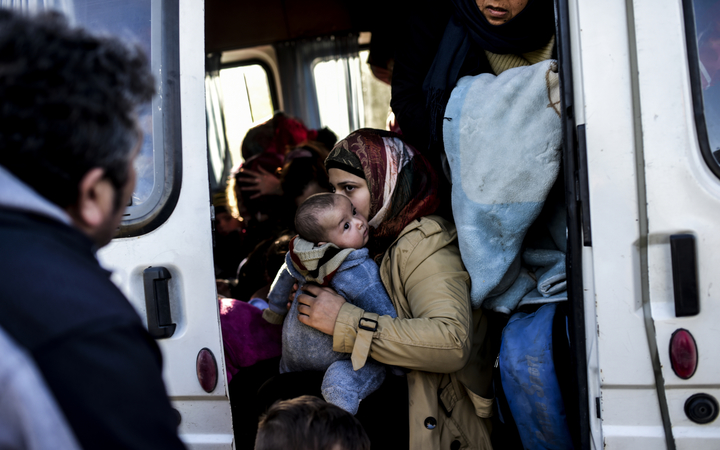 A woman is detained with other Syrians trying to reach Greece from Dikili, western Turkey, on 5 March, 2016. Photo: AFP

Expecting to discuss a trade deal with the EU, Mr English was challenged by European Council President Donald Tusk and European Commission President Jean-Claude Juncker to do our fair share to address the greatest refugee crisis since the World War II.

It was fascinating to see reports of Mr Tusk describing Mr English as having a "personal sensitivity" to the matter and reading Claire Trevett's reporting in the New Zealand Herald that Mr English was not certain what Mr Tusk was referring to.

It must be incredibly difficult to take on the office of the prime minister and have to become familiar with every facet of the job. Mr English's position is that New Zealand is helping sufficiently with the refugee crisis. But anyone who has looked at the international comparisons would be unable to reach the same conclusion.

The only time as a deputy prime minister that Mr English discussed the refugee crisis was with Rachel Smalley at the end of a Newstalk ZB interview 18 months ago.

That discussion went nowhere as Mr English claimed New Zealand was one of just 20 countries with a refugee quota programme, while Smalley ranked us as 116th in the world for hosting refugees. With such different starting points, it is easy to imagine how little common ground could be found. But the thing about the interview is that both were right. 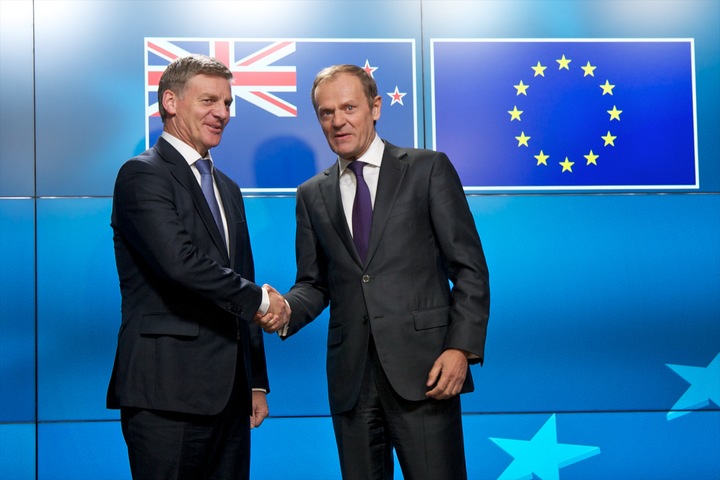 New Zealand is one of just over 20 countries that use a refugee quota to resettle refugees. The quota is used by countries that receive few refugees as spontaneous arrivals. It is a great system that allows countries to share the initial challenges of hosting refugees with a particular emphasis on women at risk and those other vulnerable people who might not survive a long stay in a refugee camp or other precarious circumstances.

But the quota is just one small part of how refugees are hosted and integrated into a new country. When all countries hosting of refugees - asylum seekers as well as quota refugees - is tallied, then adjusted for relative wealth and population, we reach Smalley's conclusion that New Zealand is ranked 116th in the world. That figure is a truer reflection of our world placing.

To suggest, as Mr English did, that the quota reflects how well we rank at protecting refugees is farcical. Consider the example of Turkey which hosts 2.7 million Syrian refugees. This month President Erdoğan put in place plans to grant citizenship - and more importantly work and schooling rights - for all legitimate refugees. But because these refugees arrived by simply crossing Syria's northern border they are not part of a refugee quota - they're classified as asylum seekers.

NZ does not have to lead the world

In 2013, I started the campaign to lift New Zealand's refugee quota from 750 places to 1500 places to make up for the 30 year gulf since our intake was raised.

The campaign has always been aimed at making up for both relative and real decreases in our quota and asylum seeker numbers since 1987, not to bring us into line with countries like Turkey or Germany. We never aimed to be world leaders, and still do not. The goal remains that we do our bit.

But with the increase in displaced people over the last few years and the international focus on the Syrian crisis, people have started paying attention to New Zealand's refugee intake. Not only have calls to double the quota been adopted by much of civil society and political parties, including government partners, people have started to look not just to how our quota compares to our past, but to how it compares internationally.

For example, Gareth Morgan's Opportunities Party recently outlined their immigration policy, including their view on the refugee quota. Their policy would increase our quota to 2000, including places for 300 people as part of a new community sponsorship scheme as has been used successfully in Canada.

Mr Morgan wrote about how our tiny quota provoked consternation among NGO workers he met while visiting refugee camps he helps to support in Lebanon.

Doubling the quota to 1500, which is the stated policy of the Greens, Labour and United Future has suddenly become a conservative position. As Mr Morgan writes: "2000 is more than other parties are promoting, but then I'm not sure they've done their homework and seen just how mean spirited New Zealand's current approach is".

Mr English might think that fudging the numbers on our tiny refugee quota will get him through this year's election. But the European countries dealing with their own refugee intakes have been very clear with him that pretending we're already doing our bit is not convincing.

Ms Merkel may have said that an increased refugee quota is not a prerequisite for a trade deal, but that does not disguise the fact that our refugee quota is now broadly understood to be far below even the minimum expected by the international community.