Opinion - Felicity Monk asks how 53 percent of white women could have voted for a man who has called females "disgusting animals" and bragged about grabbing them by the genitals. 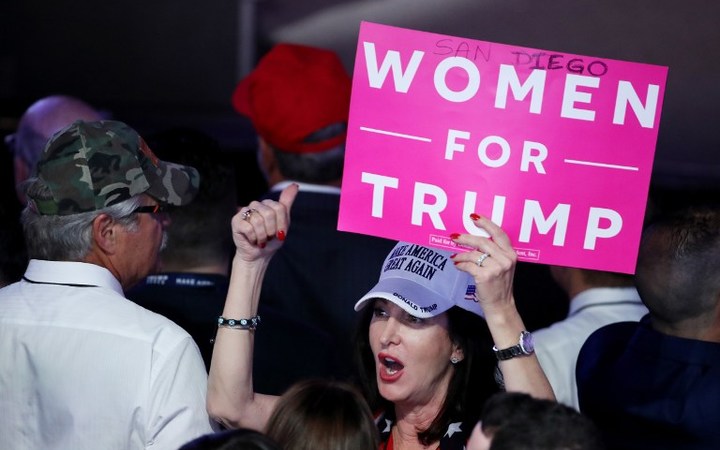 Firstly can I just say, Oh my God and WTAF?

America, what have you done?

Putting aside grave concerns around global warming, the world economy, international relations, religious intolerance, hate crimes, and nuclear war, I am very nearly (but not quite, as you will see) wordless that America has voted for Donald Trump.

Instead of celebrating its first female president, the land of the free and the home of the brave has elected a misogynistic, impossibly orange, alleged sex pest. Here is a man who has been accused by a number of women of sexual assault, and indeed has bragged about grabbing women by the genitals. Here is a man who has called women "fat pigs", "dogs", "slobs", and "disgusting animals" and has consistently commented on women's appearances. On businesswoman and former candidate Carly Fiorina: "Look at that face. Would anybody vote for that?" On journalist Megyn Kelly: "Bimbo". On secretary of state Hillary Clinton: "Does she look presidential, fellas? Give me a break." Here is a man who has said that there should be "some form of punishment" for women who seek an abortion and has suggested that sexual assault in the military should be expected. Here is a man who tweeted: "If Hillary Clinton can't satisfy her husband what makes her think she can satisfy America." 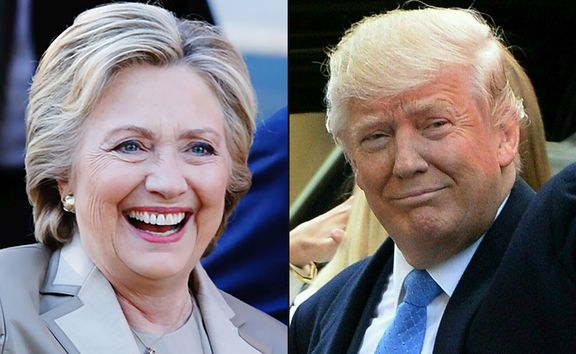 Somehow, the most qualified person to run for president in generations, was beaten by the least qualified person to run, ever. And while I'm sure there are a myriad of complex reasons why the election went the way it did - the disenfranchised working classes, growing enthusiasm for an 'anti-establishment' candidate, rejection of the Washington elite, the fallout from Clinton's email controversy - it's very difficult to believe that gender didn't play a role in the result. Can you imagine America voting for a woman who has five children by three marriages, who has committed infidelity, and who has no experience in the political arena whatsoever to hold the highest position in the land? Me neither.

What I find most unfathomable about this whole sorry affair is why women voted for Trump. And they did. According to an NBC poll, 53 percent of white women in America gave their vote to him. All too aware of my echo chamber existence, I checked out www.womenvotetrump.com to try and glean some answers. There I discovered that, in addition to being "genuine" and "a breath of fresh air", Donald Trump will also "keep my family safe from outside threats and illegal immigration".

Elsewhere on the web, it seems the fact that Trump says he is pro-life has ensured he has a devoted following amongst largely conservative, religious women. Other women say that it is important to them to have a Republican as president, regardless of who it is.

But by and large it seemed the greatest incentive to vote for Trump was the fact that he wasn't Clinton. And while Clinton is a flawed candidate (deeply, some might say), it's impossible to believe that she was the worst pick of the two.

She has been described as being aggressive, shrill and unlikeable, and framed as being too ambitious, hard and unfeminine - criticisms often levelled at women in power and rarely ever at men. And while we may never know to what extent women's own culturally learned ambivalence about power (often leading to an implicit bias favouring men as leaders), may have played in Clinton losing the election, America is about to find out what life is like under a man who likes to "grab 'em by the p***y". But hey, nobody has more respect for women than he does.