Opinion - Renegade Republican candidate Donald Trump has pulled off one of the biggest upsets in US political history. Who wins, and who loses? 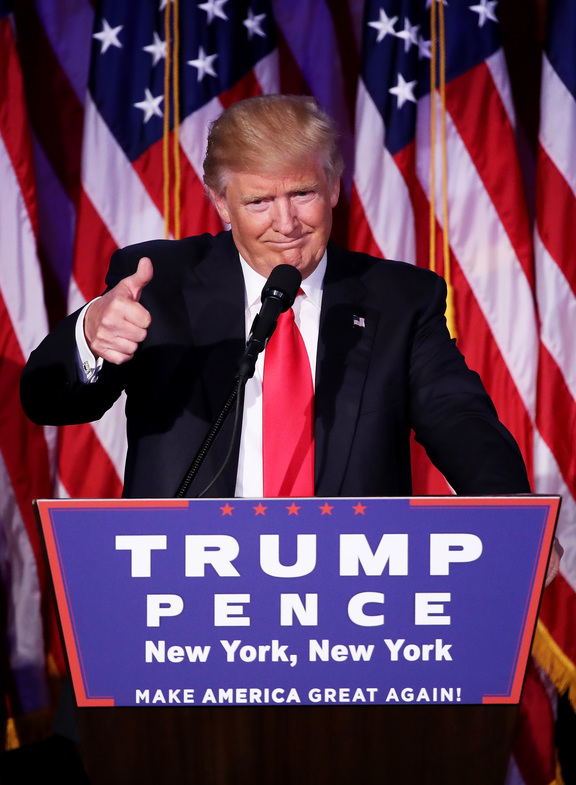 Beneath the large, unbroken, glass ceiling of the Javits Centre, he told the crowd to go home and get some sleep, "We'll have more to say tomorrow."

By that time, the Canadian government's immigration and refugee website had crashed under the load.

After a vote with so many razor-thin margins, the lack of an immediate concession speech was by no means unprecedented. There were still many provisional and absentee ballots to count. But also there were too many hills to climb. So by 3am, Mrs Clinton had reportedly personally conceded, and Mr Trump gave a rambling victory speech, calling for unity.

It is not the result anyone was expecting, including Mr Trump.

Until nine days ago when FBI Director James Comey directed a well-aimed boot at the Clinton campaign, Mr Trump appeared listless and resigned to defeat. He tested excuses while the resolve of his followers waned palpably.

If Mrs Clinton's team even wrote a concession speech for tonight, it was only to avoid jinxing it. So what lessons do we learn from this extraordinary victory?