Opinion - Let me outline a fictitious scenario. It's 2014 and just 11 days from the election. John Key is comfortably ahead in the polls after weathering the teapot tapes intrigue and is now looking comfortable. But wait...

The Police Commissioner sends a letter to MPs to tell them that police have found some MP3 files on a computer in an unrelated case.

"We don't know what they are," the letter says. "We haven't looked. But boy, do they look suspicious. We thought you'd want to know before we investigate. The election's so close we don't have time to confirm whether they're conversations with Vladimir Putin about fixing the election or The Beatles' Greatest Hits. But we'll let you presume whatever you like until after you all vote. Good luck."

Can you imagine the New Zealand police doing anything that incompetent and ludicrous? But the head of the FBI - apparently, yes. 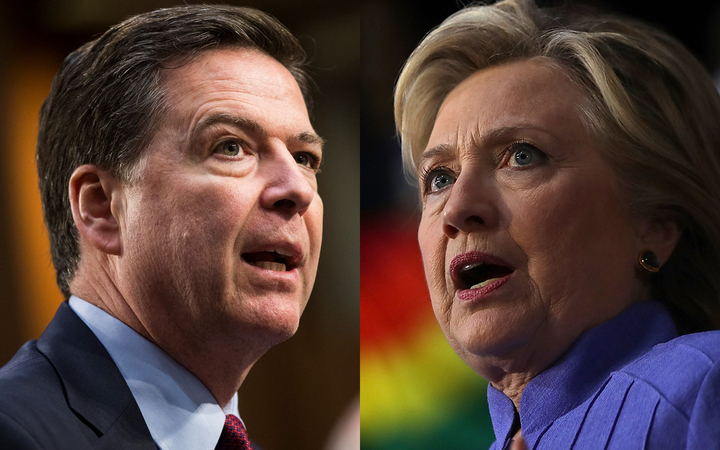 You'll know the basics of this story already.

Hillary Clinton has spent years under constant attacks from political opponents over the loss of American lives in Libya and the use of a private email server while she was Secretary of State. The pressure was such that the FBI felt compelled to investigate the handling of emails and took a year doing so before declaring in June that nothing criminal occurred.

It was all a very clever pre-emptive strike by the Republicans on a presumed presidential candidate. Years of endless news about investigations and scandals left Mrs Clinton's approval rating in the basement.

While the decision to prosecute rests with Attorney-General Loretta Lynch, it was her underling, FBI director James Comey, who held a press conference in June to announce that Mrs Clinton had committed no crimes.

Such an announcement was highly unusual, but, extraordinarily, after giving her the all-clear he spent 15 minutes listing all the ways he thought she was arrogant, reckless and deplorable.

In doing so he overstepped a number of significant procedural and departmental boundaries while handing Republicans a stick to hit Mrs Clinton with. I imagine the Attorney-General gave him a bollocking. 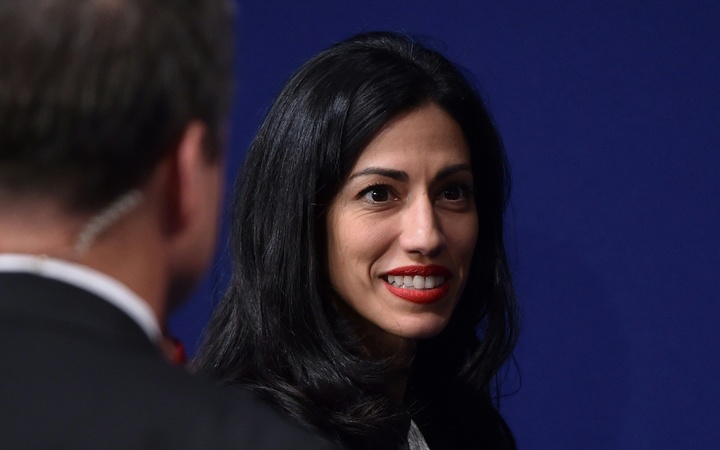 The emails on the laptop seized by the FBI in an unrelated case reportedly belonged to top Clinton aide Huma Abedin. Photo: AFP

And now, just 11 days before election day, Mr Comey has done it again. He sent a short, ambiguous letter to Congress to say that in an unrelated investigation they found some emails that might possibly be relevant and as they could possibly be new evidence he thought they should know.

What Republican congressmen read was, "Hey, I hear the election's not going well, I've got a hot tip if you need a hand." And they were right - it's the lifeboat they'd been praying for as their senate chances were slipping below the waterline. Everyone piled on with some wrong but predictable interpretations.

At the point he sent the letter, Mr Comey hadn't even obtained a search warrant to open the emails, so was shooting blind. Copies of cleared emails? No idea. Classified? No idea. Relevant? No idea. Cat gifs and pot roast recipes? No idea.

The FBI does not usually make statements about the progress of cases.

Is this bungling the result of political naivety? Although, how would one gain his role with such guilelessness? Is it self-protection? Laying a heavy finger on the election scales? Even the over-reaching FBI Director J. Edgar Hoover never publicly attempted that. Incompetence? His follow-up memo to all FBI staff did read like damage control. His motivations are a mystery.

Mr Comey reportedly "doesn't give a hoot about politics". That is becoming harder to believe. Certainly the politicians now give two hoots about Mr Comey.

While an FBI Director's tenure runs for 10 years, they can be fired by the President. And while the Attorney-General may be dreaming of exactly that, doing so before the election would only add fuel to the fire.

So instead, the White House is declining to either "defend or criticise" its FBI Director - which is like a New Zealand Prime Minister declining to say they have full confidence in a government minister.

Mr Comey was appointed into the senior Justice Department by George W. Bush and appointed FBI Director two years ago by Barack Obama, who needed a nominee who would be approved by a hostile senate. He may be regretting that decision now.

If the Democrats win back the senate next week and a less antagonistic director is feasible, Mr Comey may be looking for work in the private sector again.