Power Play - Māori politics have taken an unexpected turn, with politically driven statements from the Māori King putting a spanner in the works for Labour. 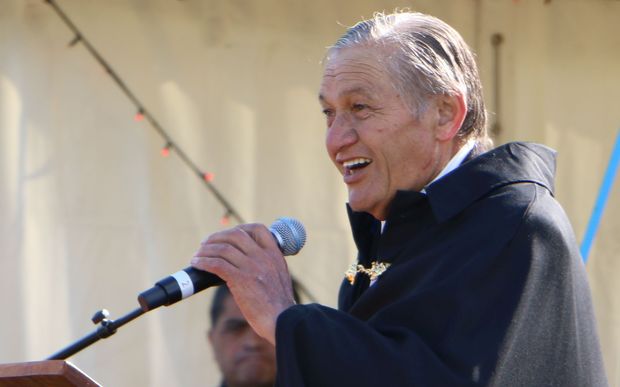 Kiingi Tuheitia's decision to throw his speech notes aside and declare his support for the Māori Party took even the party's leadership by surprise - or so they claim.

The late monarch Dame Te Ātairangikaahu was careful not to make political statements, and to remain a neutral leader, so the move by Kiingi Tuheitia was unusual.

It is not unreasonable to connect the sudden politicisation of the king's public statements with the appointment of Tukoroirangi Morgan as Māori Party President last month.

Mr Morgan is a former New Zealand First MP, a close senior advisor to the king and very involved with the iwi leaders forum - so he has considerable influence. 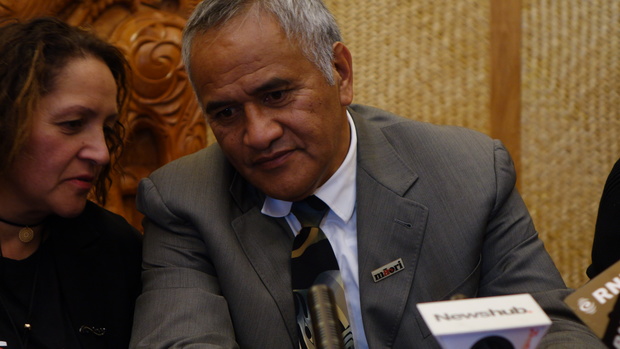 Māori Party co-leader Te Ururoa Flavell is adamant Mr Morgan did not force the king's hand, arguing the Kīngitanga has always been a political movement.

Whatever Kiingi Tuheitia's reasons for speaking off the cuff, he is a man of influence and his comments have broadened Mr Flavell's already ready smile.

Just days after the speech, Kīngitanga representatives travelled to Wellington to meet with the Māori Party co-leaders.

The Labour Party's connections with the Rātana movement remains strong with regular meetings, and local MP Adrian Rurawhe being a direct descendant of Church founder Tahupōtiki Wiremu Rātana, means that relationship is unlikely to falter.

However, Mr Flavell argues Labour was rattled by what the King said, and he says it should be.

Labour says it's not bothered by Kiingi Tuheitia's remarks, but it would have been somewhat frustrated at the king's statement to thousands of people at the speech that its leader, Andrew Little, had ruled out working with the Māori Party.

He has done no such thing. 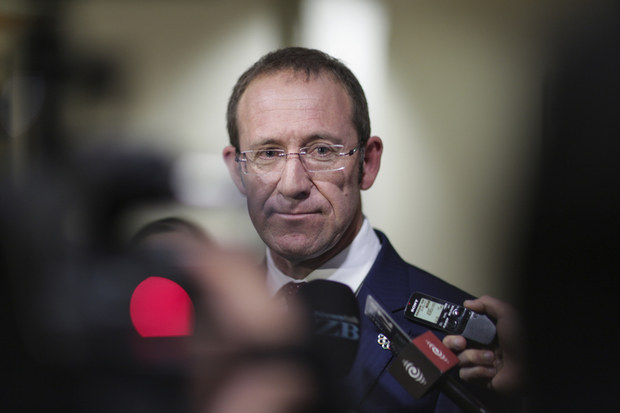 Andrew Little has said he would be open to working with the Māori Party. Photo: RNZ / Rebekah Parsons-King

Labour is adamant it wants to win all seven Māori seats at the next election and if it does so the Māori Party is highly unlikely to make it back into Parliament.

But if, as is likely, Mr Flavell retains his Waiariki seat, Mr Little has said he would be open to working with the Māori Party to form a government.

As for the Māori Party, it has always maintained it will work with whoever is in government.

While that may be true, the flipside is that the Māori Party, with its confidence and supply deal with National, is connected with a government which is selling off state houses, tightening up welfare and reducing workers' rights - all of which affect Māori.

It is governing during a time of rising house prices, increasing problems with homelessness and sluggish economic growth - and while those issues may not be directly the government's fault, it often cops the blame, and by association its support partners do too.

The Māori Party is cognisant of that, and always labours the point that it is only at the table to get gains for its people, not because of any ideological connection with National.

The party's leadership has also realised it is big personalities who do well in the Māori seats - so expect the party to shoulder-tap some high-profile names to stand in the other five seats.

Te Ururoa Flavell's very likeable colleague, Marama Fox, has made her mark as an MP and may be a threat to Labour's Meka Whaitiri in the Ikaroa-Rāwhiti seat in 2017.

In Te Tai Tokerau, Mana leader Hone Harawira has been working solidly around the region and will be hoping to unseat Labour's Kelvin Davis.

What would help him would be an agreement with the Māori Party not to stand a candidate in the far north, and with Mr Harawira and Tukoroirangi Morgan having already met once, that is a possibility.

The 2017 election is likely to be the closest of the past three and National will be wanting to keep the Māori Party in Parliament, so there could be a few sweeteners for Māori voters in the lead up to next year's poll.

Prime Minister John Key has previously said his government is a better one for being close to the Māori Party, and he is right.

But it is also important for Parliament and the country as a whole that there is an indigenous political party in Parliament which has as its core kaupapa the rights and welfare of its people.

Other parties may claim to care and protect indigenous rights, but may not do so given they have the wider electorate to consider as well.