Opinion - What a piece of work is a New Zealand man. How ignoble in reason, how finite in his faculty.

If this poor piece of work goes out for drinks with his mates, he'll get so loaded that before the night is out he will have groped a woman, thrown gravel, exposed himself to her, chanted lewdly at her and committed an indecency on her.

This, I'm sure I hardly need to tell you, is what Chiefs rugby players are alleged to have done to a stripper a week ago at the Ōkoroire hot pools near Matamata during an annual end of season ritual with the abject title "Mad Monday". 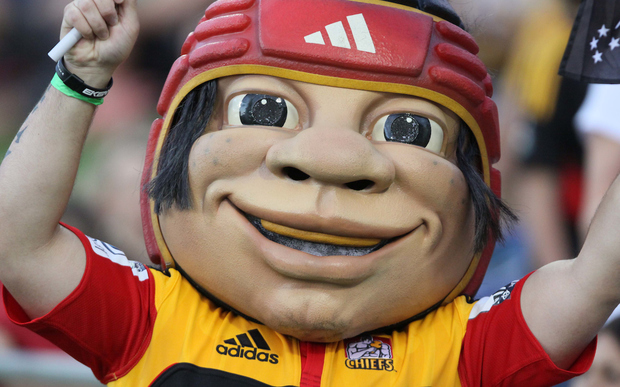 The week that followed was no less miserable. Chiefs CEO Andrew Flexman targeted the woman who made the allegations against his players by suggesting "her standing in the community and culpability is not beyond reproach."

While he later recanted this in a press conference, which I sincerely hope haunts him to his grave, he had already done the damage. And he'd once again exposed the hypocrisy that allows some men to have contempt for a woman who strips or has sex for money but not the men who pay her to do it.

It's pleasing that the player Michael Allardice who, the same night, made homophobic slurs fessed up.

And I suppose we should be grateful the Chiefs and the Players Association have uttered the usual bromides condemning the alleged behaviour of these players. There's an investigation too, though a cynic might wonder whether that will be as much about protecting the Chiefs and rugby's brand and the game's bottomline as it is about establishing the truth of what happened at the Ōkoroire hot pools. Will they get to the bottom of whether this sort of rubbish - in light of another stripper coming forward about similar alleged behaviour by Chiefs players last year - is endemic to the franchise?

But I have to say I think the most sorry consequence of last Monday night - and potentially the most damaging long-term - is the reprehensible implication that this is only what is to be expected of the New Zealand man, even in the 21st century.

Certainly that seemed inherent in the thinking of Margaret Comer, a spokeswoman for major Chiefs sponsor Gallagher Group.

"Don't take your clothes off, stand in a room of 20 to 25-year[-old] men and not expect something to be annoying," she told Checkpoint with John Campbell.

"It's not nice and perhaps the stripper shouldn't have been hired, but I'm reluctant to say that the boys were out of line," she told Fairfax.

In other words, Ms Comer, a trustee of Waikato Women's Refuge, was telling us, boys will be boys.

She wasn't the only one who came to this stupid conclusion; social media, that font of little wisdom, was rife with similar sentiments.

Comer, too, recanted her words. But again the damage was done. New Zealand men were held up to be creatures who, after drinking, not only behave as a baying pack, abuse women and can't control themselves sexually, they are excused responsibility for doing all of these things because sometimes boys will be boys.

This in a country where, according to a 2014 report in the British medical journal The Lancet, the number of women sexually assaulted by someone other than an intimate partner is double the world average.

This in a country where professional rugby players like those who allegedly disgraced themselves at the Ōkoroire hot pools are held up as role models and heroes for other men and boys.

Far be it for me to second guess the outcome of the Chiefs' investigation into last Monday night or any police inquiry, or to suggest what should happen to the perpetrators. I'm sure a ready supply of wet bus tickets is to hand.

But what should happen, whatever the outcome of the investigation, is that the Chiefs and the New Zealand Rugby Union should publicly declare to the partners, wives, girlfriends, daughters and mothers of this country - but most of all, to New Zealand men - that not only should men control their themselves in such circumstances, they can control themselves in such circumstances.

And if they do not, they should face the consequences, not like boys being boys, but like men.