OPINION: For a government that put so much effort into getting a seat on the UN Security Council, our actual policies on security and protection are shameful.

Monday's delayed increase of the refugee quota, from 750 to 1000 places per year from 2018, puts us out of sync with most major developed countries. 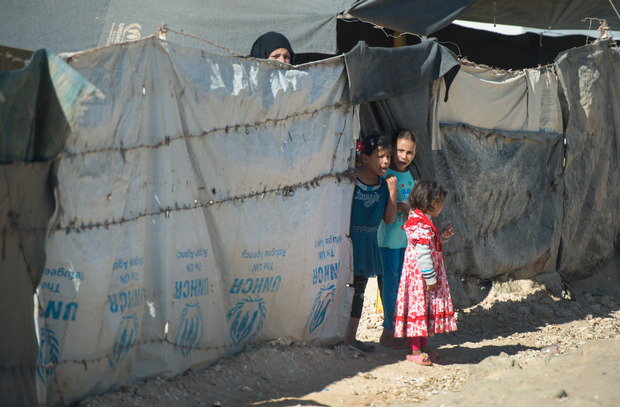 A woman and three young children at a UNHCR refugee camp in Jordan in September 2015. Photo: DPA / AFP

The calls to increase the quota don't come out of thin air. Most people now know that it has been 29 years since our quota increased. Growing it to 1000 does not even make up for the population growth that has occurred since then. It's less than a bare minimum and we expected more.

But if we really want to be doing our bit - as our campaign argues - we also need to compare ourselves to the rest of the world.

Statistics on helping refugees are notoriously difficult due to the different ways that people can become refugees. The two main ways refugees get protection: either by turning up in a country and applying for asylum, as we saw last year across Europe, or by being resettled through the UN's refugee agency, UNHCR. The second system, UNHCR resettlement, is primarily used by countries a long way away from conflict zones.

New Zealand has allowed just 125 people a year to receive asylum each year for the last five years. Because that's so few, we top it up with an annual quota of 750 people who are flown here from refugee camps around the world. Due to their similar relative distance, the US, Canada and Australia also offer substantial numbers of places via the UNHCR resettlement system.

In contrast, countries in Europe don't use the quota system because they already receive and accept large numbers of people who make their way to Europe - whether by boat or land.

To truly compare countries we need to look at both measures.

Last year Sweden received 160,000 applications for asylum. Germany received 1.1 million. These countries have tried taking in some refugees with the UNHCR system but, because of the overwhelming numbers arriving on their own, they don't have a quota. Adjusted for population, Sweden does 80 times as much as New Zealand; Germany will do 67 times as much.

A better comparison is Australia. Their quota - which includes a portion for asylum seekers - is currently 13,500, cut from 20,000 when the Abbott government came to power. The government is increasing it to 18,750 by 2018 - the same timetable as we have for our increase to 1000. Adjusted for population size, they're doing more than three times as much as us under a similar right-wing government.

If we'd doubled our quota by 2018, we'd still be doing half as much as Australia.

Canada had been doing about the same amount as Australia until Justin Trudeau came to power. Now, in the last six months, they have ramped up resettlement of Syrians, with 27,850 coming in the last six months. In the same period New Zealand has welcomed just 250 Syrians, and only 100 of those are in addition to our regular quota.

Other countries, of course, do very little - Japan and Saudi Arabia are often brought up as examples by people opposed to any help for refugees. But is that who we are? Would we really want to measure ourselves by how close we are to the worst?

The campaign to double New Zealand's refugee quota was never to become a world leader. It was just to lift ourselves off the bottom of the list. No-one argues we should match the Swedes and increase our quota 80-fold. We should just be doing our bit.

Surely it would not be too much to match Australia?

* Murdoch Stephens is the spokesperson for Doing Our Bit, founded in June 2013 with the aim of doubling New Zealand's refugee quota and funding.