When Prince performed the only two New Zealand concerts of his career, just two months ago, each audience heard a programme of essential songs that didn't let up for nearly two hours.

Afterwards, they could still name dozens of favourites he hadn't had time to play. His body of work was so large, diverse and influential that even two shows were never going to be able to contain it all. 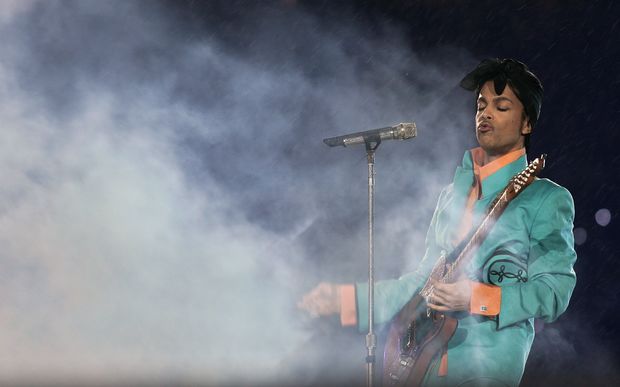 Prince performing at a Super Bowl concert in Miami in 2007. Photo: AFP

Prince, who died today aged 57, was part of a lineage of outstanding African-American musical innovators. His music was grounded in the traditions of funk, soul and jazz; his stage routines displayed the combination of top-flight musicianship, tightly-drilled choreography and mischievous spontaneity associated with rhythm and blues titan James Brown.

Yet from the start Prince made it clear that he was not going to be confined by genre or demographics. In songs like Purple Rain he adopted the stance of the rock guitar hero with echoes of Jimi Hendrix, a role he would slip in and out of as the mood took him. Inspired by the likes of Joni Mitchell, he explored introspective balladry. At other times his music headed in the experimental jazz-rock directions of Miles Davis and Weather Report.

On his insistence, his first recording contract - which he signed with Warner Bros in 1977, at age 19 - granted him complete artistic control. And he exercised that freedom to the full, playing every instrument on his early albums, and breaking taboos with songs that discussed sex, in all its varieties, more explicitly and obsessively than ever before in popular music.

The sex may have got people's attention, but the music was what made it stick. He had a gift for pop hooks, resulting in glorious hits like Let's Go Crazy, Little Red Corvette, Raspberry Beret, When Doves Cry and Kiss. His recordings were innovative and eccentric. Listen to When Doves Cry and you'll find it doesn't have a bassline. Nor, for that matter, does Kiss - which didn't stop either single becoming a top five hit.

For a period in the late 1980s, Prince was the most adventurous and sure-footed star in popular music. Albums like the 1987 double Sign O' The Times dazzled in the range of ideas they brought together under one musical umbrella. 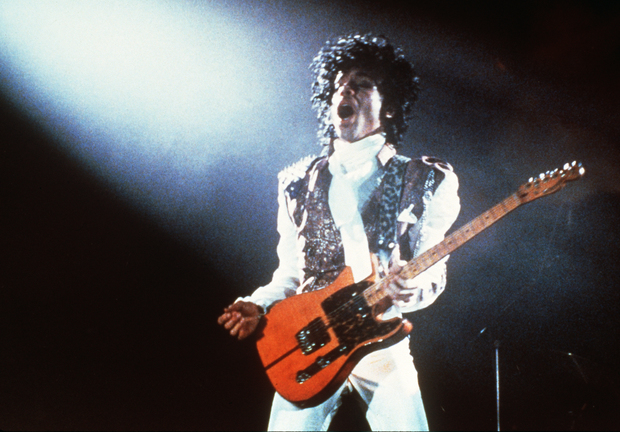 In concert in Paris, 1985.For in that decade Prince was the most adventurous and sure-footed star in popular music. Photo: AFP

In the early 1990s that consistency seemed to ebb. He continued to exercise his creative freedom, releasing new music faster than audiences were able to absorb it, but his eccentricities appeared to be overtaking his judgements. After changing his name to an unpronounceable symbol, he fell out with Warners and began to release music - in large quantities - via his own label. He converted to the Jehovah's Witness sect, and his lyrics, once lurid, became oddly prudish.

Yet by this point, hits hardly seemed to matter any more. He had enough of those to fall back on when he needed them. Meanwhile his new work, in the studio but especially onstage, continued to be an exploration of his extraordinary musicality. Those attending his concerts would see radically different performances - different song-lists, altered arrangements - from night to night. Of all his obsessions, music was the enduring one. And it is as a musician that he'll be remembered.

* Nick Bollinger is a writer, broadcaster, musician and producer.