ANALYSIS: Christchurch ratepayers will find out shortly if 2016 will be another year of record rates rises and if more of the city's assets will be sold.

The Christchurch City Council has been struggling to cover the cost of the city's earthquake rebuild. Photo: RNZ / Alexander Robertson 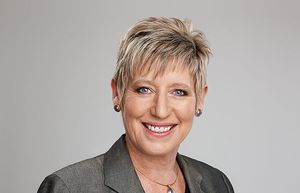 The council projected last year in its 10-year Long Term Plan that rates would rise by an average of 7 percent this year and by a similar amount in 2017.

That would be on top of an 8 percent increase last year, as the council struggled to meet a $1.2 billion budget shortfall created by the cost of rebuilding the earthquake-damaged city.

However, since the gloomy predictions of last year, things have started looking up for the organisation, thanks in large part to its receipt of a $635 million insurance payout for earthquake damage to 1600 council buildings.

As the largest insurance payout ever made in New Zealand, the cash injection has provided it with financial certainty.

Mayor Lianne Dalziel said the payout, and cost-savings, would allow her to take a resolution to the council to trim rate increases to 5 percent a year over the next three years.

Ms Dalziel has not confirmed whether she will stand for re-election this year - but being able to remind voters that she led a council that managed to bring down rates would do no harm to her chances of winning another term.

One issue could still potentially derail any election hopes for the current mayor and councillors would be asset sales.

The council last year promised to sell $200m worth of non-core assets this financial year, starting with roading and maintenance company City Care, which is currently on the block.

The council's own consultation on the issue in 2014 found most people questioned were opposed.

Whether it proceeds with the other $550m worth of asset sales promised over the next two years will be revealed with the release of the draft annual plan, which is the organisation's budget for the coming financial year.

The decision to sell the assets only passed by six votes to eight, and even then it was watered down - with a decision to consult further with the public before core assets, such as the port or airport, were put up for sale.

Councillors appeared to have recognised its potential to stir up trouble for them in an election year.

Action on major pieces of infrastructure will also have to form a major part of this year's annual plan, with residents keen to see progress after five years of what could be described as lots of talking but little in the way of concrete evidence that the city's rebuild is under way.

To be fair to the council, much of the inaction in the central city has been out of its hands.

Decisions on when the Convention Centre and the Metro Sports Facility will get built sit solely with the government, and the future of the cathedral is a decision for the Anglican Church.

Still, councillors will be keen to get some runs on the board ahead of this year's election to repay voters' faith last election.