OPINION: What a month for farming it's been. International dairy prices fell by 2.9 percent at the latest global auction, while the Real Estate Institute's dairy farm price index is down nearly 21 percent from a year ago.

Earlier this month we learned from Finance Minister Bill English that one of the staple crops in this country would no longer be viable. We've had "a focus on growing equity, on growing land values, for quite a long time," said the country's 2IC, which in the face of the latest milk price shock, he reckoned, would no longer be an option.

So that's what our country has been growing, huh? Who knew? Farming sheep and beef, I've heard of. Likewise dairying, and growing wheat and corn. But growing capital gains?

Turns out it's a weird little vegetable - the flavour's sweet if you grow your own, yet bitter if it's someone else's - and it's more popular than we realised. Not only is it grown in smallholdings in urban areas (apparently I've been running a little farm for the last five years), it seems to have been underpinning much of our so-called dairy boom.

Don't believe me? Take a look at these figures from farm consultant Alison Dewes. According to her research (she did a MSc on the topic through Waikato University) the average return on capital (ROC) for dairying is 4.6 percent. That's not a great deal more than putting your money in a term deposit (4.5 percent) or letting your land revert to manuka scrub and leasing it to beekeepers (4.3 percent).

But in case you're tempted to chase that extra 0.1 to 0.3 percent, be aware that those returns for dairying are based on an average payout for milk solids of $6.10 per kg. Fonterra has announced a milk price forecast of $3.90. And milking cows is a damned sight harder (and more polluting) than sitting on your chuff watching bankers or beekeepers do their thing.

So it's hard to see the appeal of the dairy sector in recent years - until of course you factor in the capital gains on the land. That lumpen little vegetable, as Bill English has just tacitly acknowledged, has for many years allowed dairy farms to ride out the lean years, operating at a loss in the knowledge that the untaxed profits on future farm sales were worth far more than anything actually edible. It was a cosy little game; one that's only now ending because 'lean years' are all that many people can see in the future for the sector.

I bring this up because it highlights, in my opinion, a directionlessness at the heart of New Zealand's economic strategy.

The current government's grand plan is to double the value of primary sector exports by 2025. But dairying has turned out to be more bubble than boom, buoyed up by a nudge-nudge, wink-wink understanding that a capital gains tax on farm sales will never happen. Pandering to the National Party's core voter group may well be a great re-election strategy, but as a plan for growing the economy, it stinks.

Another firm bet in the primary sector seemed to be oil. The government has been working hard to reinvigorate that industry, which on the face of it seems a smart move. As recently as 2013 taxes and royalties paid to the government by the sector were $750 million, which pays for a heck of a lot of nurses, doctors, teachers and schools.

The problem is our wells are now running empty, and the foreign survey ships enticed here have found nothing new. Oil prices have also tanked - and would it be churlish to mention that thing about blah blah blah if we don't leave fossil fuels in the ground our grandchildren are going to fry? 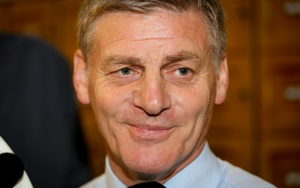 Meanwhile forestry and meat are doing okay, while coal exports, obviously we can forget about.

Looking at the big picture it makes you wonder: what it is that we do well? Though perhaps a better thing to ask is, what do we want to do well?

That's not a rhetorical question - it's an urgent, important one. The future will see unprecedented levels of change - to the structure of society, the nature of work and the functioning of economies - and to survive that - to thrive in that - we need to address the vacuum at the heart of our strategic economic thinking.

What do we want to do? What's the plan? And where's the leadership? Because it's getting painfully obvious that relying on commodity cycles, land-banking and houses won't cut the mustard.

*Greg Roughan is a freelance writer, and a former Editor of Green Ideas Magazine.