Methamphetamine use has significantly increased and remained elevated since the August 2021 Covid-19 lockdown. 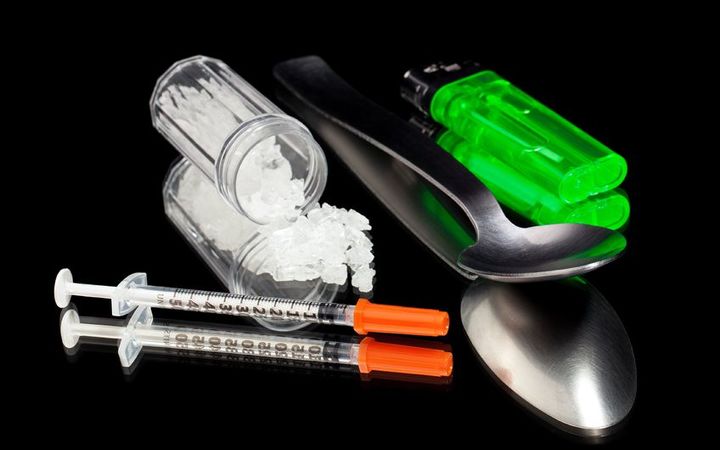 Police wastewater figures show use more than doubled between July and September 2021, and has stayed well above the historical average right through to January 2022, the most recent available figures showed.

A social worker believes the drug is far more entrenched in society now than it was before Covid-19 and that it is not uncommon for children to be using it - some as young as eight and nine years old.

A researcher is worried some people who tried it out of sheer boredom during lockdown are now hooked and continuing to use the drug. 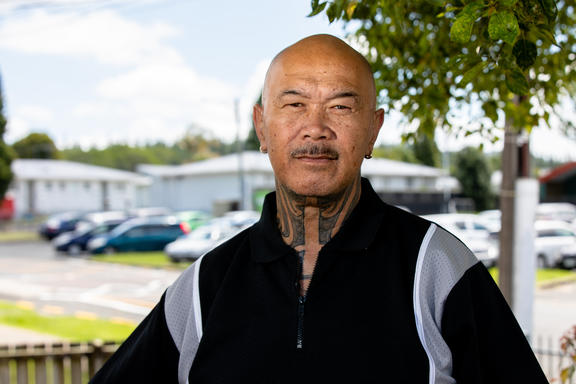 Martin Kaipo is chief executive of Otangarei Trust, which provides social services in the low socio-economic neighbourhoods in Whangārei.

For many, he said, lockdown was some combination of a stressful, isolating or otherwise difficult time. Those pressures inevitably led to some using meth more than they previously would have, or some to start using for the first time.

"Whānau were looking for some type of freedom, or something that would allow them to let things go, get rid of their stress, give them some relief," Kaipo said.

He has seen meth use increase in the last couple of years.

"It's starting to creep into all families, from the parents to young methamphetamine users at age of eight or nine. They're getting younger," he said.

He was asked if seeing eight- or nine-year-olds using meth was uncommon.

"No, it might have been a few years back but it's not an uncommon thing now."

Kaipo said gangs and syndicates were increasingly "opportunistic" in their approach to dealing the drug - at times handing it out for free to try get people hooked and become customers.

"I think it's entrenched in our society now ... there's quite a lot around."

New Zealand has long had problems with methamphetamine but the issue is worse in some areas, according to the wastewater data.

"Northland, the central North Island, actually all the upper half of the North Island has very high levels of methamphetamine compared to the South Island which is much lower. There are some real stark differences," said Dr Chris Wilkins, a drug policy researcher at Massey University. 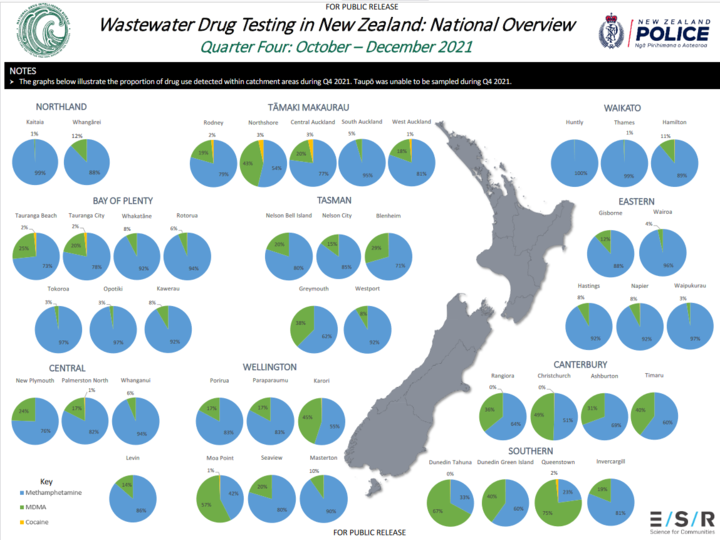 In places like Kaitata, Huntly and Ōpōtiki, meth detection makes up 97 to 100 percent of all drug detections. In Christchurch, Dunedin and Queenstown, MDMA makes up half or more of the detections.

Some people probably started smoking the drug simply due to the boredom of lockdowns, he said.

There are some neurochemical similarities with drugs and the boom in online shopping seen during lockdown - an accessible hit of dopamine which breaks the monotony.

"Drug use can be like that as well, looking for something to look forward to."

He worried some lockdown users might now be ongoing users.

"I think this could be a really serious driver of even more methamphetamine use in New Zealand as people become adapted to that lifestyle and get used to using methamphetamine," Dr Wilkins said.

Police data showed methamphetamine use more than doubled between July and September, after the country went into lockdown.

Although use dropped as restrictions eased, meth use has stayed above recent monthly averages. 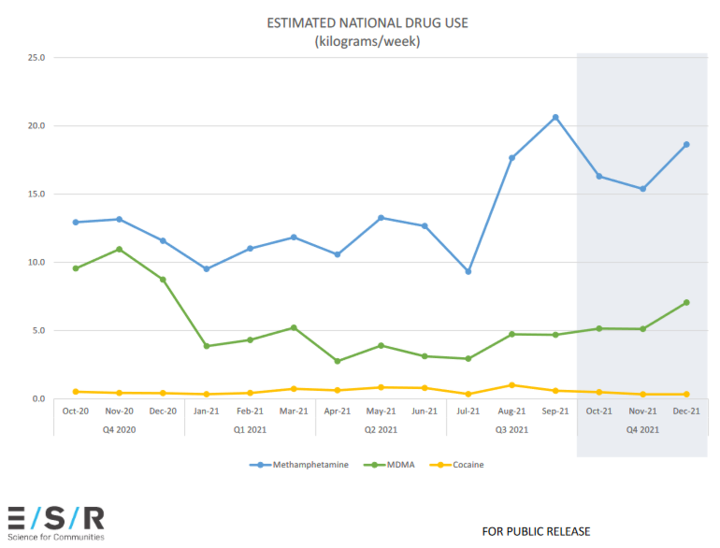 National Drug Intelligence Bureau manager Detective Inspector Blair McDonald said police and customs were seizing more of the drug than ever before.

But use and availability were still up.

"Methamphetamine use was up 32 percent for the last few months of the year compared to the average of the previous four quarters. However, January results have shown a decrease ... albeit they are still above the rolling 12-month average," a statement from McDonald said.

January is the most recent available data.

"An increase in global production means a steadier supply of methamphetamine into New Zealand, despite an increase in seizures at the borders.

"It is likely methamphetamine consumption has been impacted by the ongoing effects of the Covid-19 pandemic, which has increased stress and isolation for many in our communities."

A police update was sent to Police Minister Poto Williams, received on 2 December 2021, which said: "Indications of steady supply include an increase in source reporting in August 2021 regarding large volumes of methamphetamine being successfully imported into New Zealand." 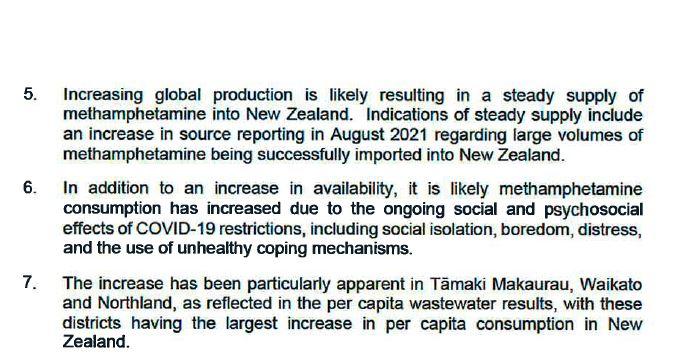 An extract from a police update on "increased methamphetamine consumption", sent to the Minister of Police on 2 December 2021. Photo: Screenshot / OIA

It also described meth use in September 2021 as "exceptionally high" and a "significant increase".

Kaipo said it was pretty clear that meth contributed to violent offending.

He said if it was being used more, it would have a hand in an increasing amount of violence, and likely deaths.