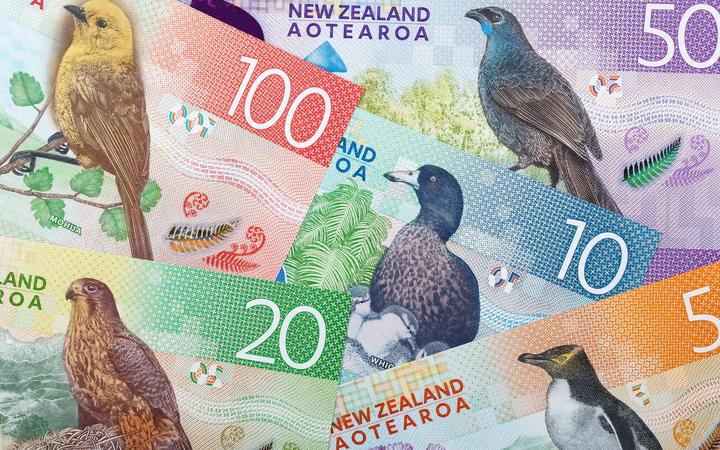 The rumour emerged this week that a fake bank note can be spotted if it shows plastic after being scraped with a coin.

Retailers, community groups and members of the public reported the supposedly counterfeit notes to the Reserve Bank.

Peter Northcote, a spokesperson for the bank's money and cash department, said the claim is false.

"People were discovering what they thought were counterfeit bank notes but when we looked at photographs of them, it was clear to us that, actually, these were genuine bank notes with a little bit of wear on them.

"In some cases, people had been scraping the bank notes with a coin and that showed plastic underneath, which is exactly what it should do."

He has reminded people that people should not be scraping or damaging bank notes with a coin as it is illegal.

Distinct security features are present in real notes, he said.

"So for instance, the notes with the larger windows on them, there's a little bird in the corner. If you tilt the note, there's a sparkle that moves up and down the bird. The windows in the notes, whether they be older or the newer notes, they've got embossed or hologram features in them which are easy to tell."

Plastic can show through if a real note is a little worn, whereas fake paper notes would simply tear.

Northcote said counterfeit money in New Zealand is rare and simple feel and look tests should identify whether a note is real.

"New Zealand has a really low level of counterfeiting by international standards and that's because our notes are so good. They've got lots of security features. None of our security features have been successfully defeated or replicated by any forger."