A major Masterton building owner is furious at the outcome of a five-year-long inquiry into a structural engineer signing off on flawed earthquake designs. 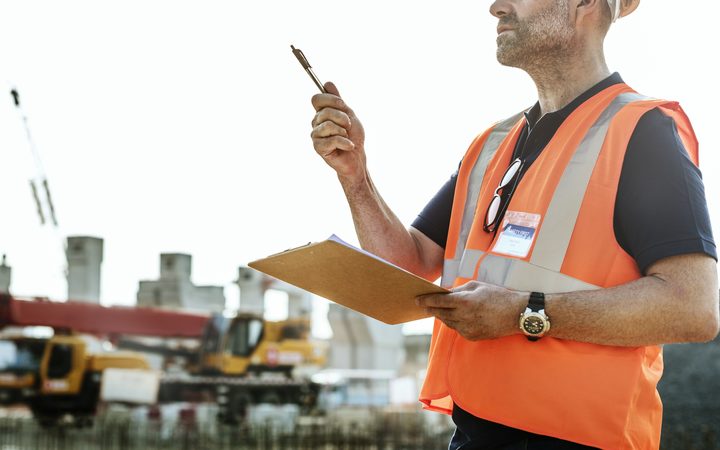 Kevin O'Connor has been censured and fined $3500, ordered to pay $35,000 in costs, but not suspended or removed as a chartered engineer.

A disciplinary committee appointed by Engineering New Zealand (ENZ) found he was negligent but not incompetent, and his practice does not pose a risk to the public.

"A $3500 fine is a slap in the face really - it's less than a day's work for an engineer," Croskery told Morning Report today.

The investigation unpicked the design of six buildings, but scores more were not looked at, including some in Palmerston North found to be quake-prone.

Detailed seismic assessments "identified concerns about the structural integrity of the six buildings" constructed between 2003 and 2014, the committee's 246-page report out today said.

This included a "life-safety hazard" from brittle connections between steel beams, and precast concrete panels that "are likely to be unstable in a moderate to large earthquake".

Other buildings did not pose a safety risk but were not compliant.

Masterton Lands Trust owned all six buildings looked at - but five others it also owns and that Croskery said were also compromised were not looked into.

The saga has cost it millions in seismic upgrading and years in the courts - and Croskery warns the limp outcome is a threat to the public.

"It has and it will, and it will continue to arise with no consequence, so long as Engineering New Zealand stays in control of regulation of the industry," he said.

"What they haven't done is what they said they'd do, and that is investigate five engineers, or six engineers, that designed our buildings - they've nicely side-stepped that issue."

Croskery is referring to the engineers in the now-defunct firm Kevin O'Connor and Associates, whose work O'Connor told the committee he signed-off while he was distracted by the rapid growth of his nationwide firm, from design engineers he had confidence in.

Another fact he offered in mitigation was that "the buildings have not failed".

But the independent disciplinary committee said there was a "pattern of behaviour over a sustained period", of O'Connor signing what are known as PS1 forms for five of the six buildings without justification. PS1s tell a council a building's design is okay.

Another unnamed engineer has been fined $500 for a "one-off breach" in signing off the sixth building. In that case, there was such confusion over the design documents that "it remained unclear what was ultimately built".

ENZ spent $220,000 on the whole investigation; most of that would be borne by the profession but the committee considered that fair.

"We have noted counsel's submission that Mr O'Connor is essentially insolvent and may have difficulty paying" his $35,000 costs, it said.

The trust recently settled years of legal action against the firm, the Masterton District Council and a peer-review engineer.

The cases prompted ENZ to open a wider, national inquiry into what is going wrong with structural engineering, and especially quake design, generally.

That inquiry begun in 2016-17 is yet to report back; ENZ says litigation stands in the way of going public.

The safety processes of signing off on PS1s, and engineering peer-review of designs, have been called into question by recent cases, such as this one, Tauranga's Harington St multi-storey carpark and the failed 230 High Street multi-storey in a Christchurch mall.

In the Masterton case, O'Connor told investigators there was no requirement for him "to exhaustively review the designs and calculations for the purpose of preparing the PS1".

"Many of the details that have been identified as being deficient in these cases were commonplace at the time the buildings were designed," he argued.

The Christchurch earthquake in 2011 had upped scrutiny of engineers, he said.

"I believe if such scrutiny was applied to engineering work prior to this time, many practices and design details when judged by today's standards, would be discovered and deemed deficient."

One reviewer of the designs for the investigators, BGT Structures, offered an illuminating observation about the profession:

"Some designers focus on safe designs regardless of the cost to the client, while others push the boundaries of low-cost designs, while still using the codes as a minimum requirement .... The definition of meeting acceptable standards is difficult to define."

"Nothing has come out of this investigation," he said.

"It would have been nice to see some advice or learnings for the industry, which was really the original scope - how can the industry improve?

"So nothing positive in that respect, at all."

Engineering New Zealand chief executive Richard Templer said his agency needed to do "what it can" to make sure engineers take all necessary steps to do safe work.

"The Masterton buildings weren't up to scratch and failures such as those observed in these buildings are unacceptable," he said.

The wider inquiry into the main causes of structurally deficient buildings "will inform the profession of causes and make recommendations for quality improvements".