Despite some gains last year, the Environment Ministry still does not resemble the diversity of wider society. 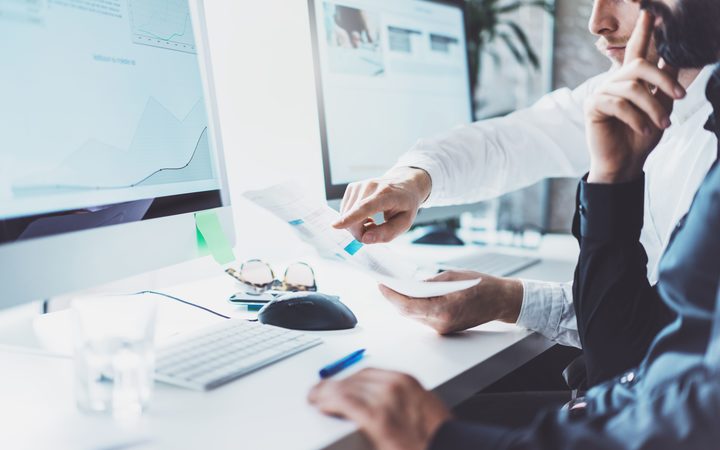 Māori, Pasifika and Asian people are drastically under-represented in the ministry's workforce, with the later two vastly so in management positions.

Māori are about 16.5 percent of the population, and about the same proportion of the general public sector workforce, but they are just 12.6 percent of staff - a five percent increase on last year.

The Ministry for the Environment's annual report shows for other minorities the disparity is even greater.

The proportion of both these groups at the ministry has increased a little (Pacifika: 0.6/Asian: 1.8) on last year's report.

The Ministry's total workforce increased from 491 full-time equivalent staff in the last financial year to 648 in 2020/21.

Of the roughly more than 100 leadership roles roles available just two are held by Asian people, and only one by someone who identifies as Pasifika.

"There are some departments which are seen as the 'deep state', the 'dark corners' of civil service we don't dare to enter because they're not ... friendly to [Māori and Pacifika people]."

He said subtle structural and unconscious racism in the public sector and other institutions needed to be rooted out.

"That's why the government really should put into place a kind of affirmative action ... proactive, equity-based ... strategy."

The Environment Ministry said it was looking at what was causing the disparity and what to do about it.

Māori managers are slightly overrepresented - at 15 percent - though just a little below their general population representation of about 16.5 percent.

The Ministry is tasked with protecting Aotearoa's natural taonga.

"Trying to do the best for your people within a system that was not built for you."

Watts said Māori encounter racism in the public sector, while at the same time they are also put under enormous pressure to do additional cultural work, and many burn out and leave.

He said attracting Māori talent needed to start way before job ads were sent out.

"It's knowing people, it's knowing the skill sets, it's being connected to find whānau, hapū, iwi, .... and knowing who's out there doing the mahi.

"And training up our rangatahi from a really young age and [showing] them that 'hey, this is actually possible for you and it's a safe space for you to thrive as Māori'."

Māori Waikato University marine scientist and Mātauranga Māori expert Kura Paul-Burke (Ngāti Awa/Ngāti Whalahemo) said there were many obstacles to Māori in the education system that made it hard to study subjects like the environment.

"There are immense barriers at every level, from primary school up.

"When I went to university, there were no Māori lecturers, which meant that all the science we learned was the dominant discourse [of] western science.

"Which is really valuable, but it actually totally extinguished a whole other body of knowledge."

The Environment Ministry said it recognised it was crucial to the long-term future of the natural environment to have a strong Mātauranga Māori focus.

It said in the past two years it had prioritised increasing diversity.

The Ministry's ethnic pay gap has steadily decreased in recent years and is sitting just under 10 percent.

That is roughly in line with public sector averages for Māori, and better than average for Asian and Pacific people.

The Ministry continues to be female dominated, making up 66 percent of the workforce.

The chief executive and the majority of the deputy secretaries are women.

Despite that the Ministry still has a gender pay gap about about about 7 percent, although that is below the public service gap of 9.6 percent, and has fallen significantly from nearly 20 percent (19.7) from 2014/15.

The Ministry's gender gap action plan states the gap was because women hold a greater number of lower paid jobs - for example in administration and support.

The ministry appears to skew young: almost three quarters of the workforce is under the age of 45, while Public Service Commission figures put the average age of public sector workers last year at just over 44 years.

Almost a quarter of the public service is 55 and over, while it is only 10 percent at the Environment Ministry.

Those under 35 only make up 29 percent of the public sector, while it is 43 percent at the ministry.

The average length of service is 3.3 years.

The Ministry for the Environment is committed to diversity, including at the leadership level, and it was working to increase the proportion of staff who identify as Māori, Pasifika and Asian.

It said it won a gong in the Mātauranga Māori category at the Diversity Awards 2021.