More than a quarter of parents or caregivers are reluctant or unsure about vaccinating children aged five to 11 against Covid-19, a new survey has found. 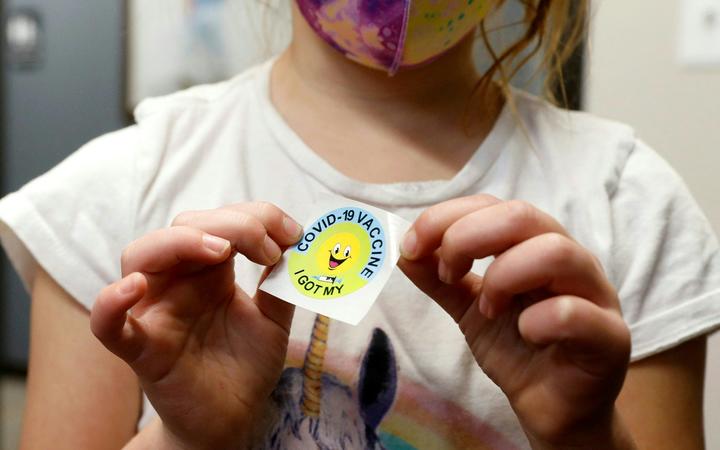 A government commissioned survey by Horizon Research has suggested there could be an uptake of 72 percent, with the balance unsure or not wanting it.

The government is considering expanding the vaccine rollout to include 5-11 year olds.

Subject to Medsafe approval and a shipment of Pfizer, it could be expanded as early as mid January.

But the survey has shown that might be too soon for parents to get comfortable with.

"It's one thing to talk about putting ourselves at a perceived risk by taking a vaccine, which is new, but the protective instinct kicks in with your children," he said.

"I don't think it means those parents won't necessarily decide to do that, but I think it's perfectly valid that they're cautious."

Wallis said the anxiety could be hard to eradicate, and while some will stand by their decision, having time now to consider it might help.

Prime Minister Jacinda Ardern has said the decision to roll out the vaccine to young children is a priority.

"It needs to go through Medsafe, then it goes through our Technical Advisory Group. We are taking our time to make sure that when that decision is made we can do so with the full assurance that we have done it with New Zealand experts and as much data as possible," she said.

"Around that Cabinet table we have parents who will be looking for the exact same comfort that every other parent is looking for."

Dr Nikki Turner from the Immunisation Advisory Centre also agreed that it's "totally appropriate that parents are anxious and nervous".

"Every time you have a vew vaccine or a new introduction into a different age group, people are appropriately cautious and want to see clear data on effectiveness and safety before they make a decision," she said.

Dr Turner said with the United States and Canada now vaccinating children in this age group, real world data on the vaccine will be available within weeks.