Māori, Pasifika and lower socioeconomic communities like South Auckland should be prioritised in the Covid-19 vaccination roll-out for children, says an epidemiologist. 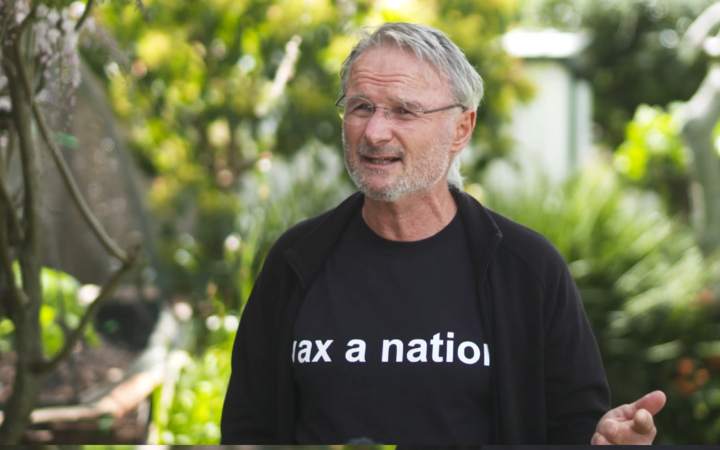 University of Auckland professor of epidemiology Rod Jackson says the threat of transmission is greater in areas like South Auckland, where famillies are likely to be crowded in homes. Photo: RNZ / Nick Monro

University of Auckland professor of epidemiology Rod Jackson said those groups must be put to the front of the queue to help prevent further outbreaks.

Medsafe is still assessing an application to use Pfizer's vaccine for 5 to 11 year olds. Doses could be available by the end of January.

Prof Jackson said while children might not be as seriously affected by the virus, they could still transmit it.

He said in areas like South Auckland, where Māori and Pasifika were more likely to live in overcrowded and multi-generational households, the threat of transmission was greater.

Coupled with the fact such communities generally had lower vaccination rates and younger populations meant the reason for prioritising them with the roll-out was obvious, he said.

He said schools were potential "super spreader settings" and with thousands of children going back to classrooms around the country in 2022, it was important the vaccine roll-out was managed properly.

The Ministry of Health has said planning is under way and it is working with iwi, district health boards, local providers, communities and the Ministry of Education to deliver the vaccine to children.

Director-General of Health Ashley Bloomfield previously told Morning Report that there were enough vaccines to do the whole group, but they would be make a big effort to go and vaccinate Māori and Pasifika tamariki early.

"The key reason for that is they tend to live in bigger households. And we know that household size does have a real impact on kids being infected [with Covid-19] inside the house."

Prof Jackson said there was still about one million people who are unvaccinated nationwide and about 750,000 of them are under 12 years of age.

She said looking at the high numbers of Māori who contracted the virus and had been hospitalised during the Delta outbreak, it made sense to prioritise them, along with Pasifika and other lower socioeconomic communities.

But Winiata said there were still a lot of unanswered questions about how the vaccination programme would be delivered.

She said if Medsafe approved the vaccine in time for a roll-out starting in late January, it would not give healthcare providers or schools much time to get their heads around it before children return en masse.

Winiata said a number of Māori providers in South Auckland already had teams that help with other non-Covid-19 vaccinations in schools, and it was one way the immunisation programme could be delivered.

"I think there should have been discussions about this earlier because we know it's going to happen one way or another."

Dr Matire Harwood, who works at the Papakura Marae Health Clinic, said vaccinating children would be a major logistical exercise and it was important they get it right.

She agreed that prioritising Māori, Pasifika and lower socioeconomic communities like South Auckland was the right approach.

Dr Harwood said healthcare providers may have to think outside the square and consider different ways to vaccinate children, with clinics at schools and other ways to make sure no-one was missed.

She said while children may not be as seriously affected by Covid-19 as adults, they could carry the virus and pass it on to older whānau members who may be at greater risk.