The decision to keep Auckland's boundary closed for two weeks after the traffic light system began was not justified from a public health perspective, Director-General of Health Dr Ashley Bloomfield has told a select committee. 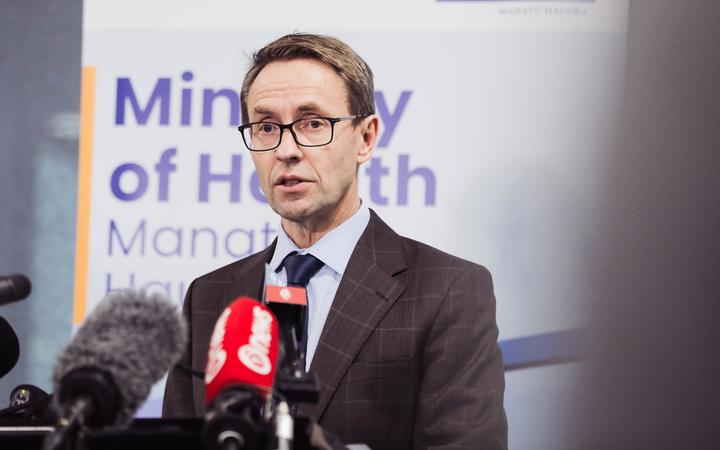 An affidavit presented by Dr Bloomfield to the Waitangi Tribunal, which is investigating the Covid-19 response, shows the ministry's advice was initially that Auckland's hard, managed boundary should come down at the same time as the traffic light system kicked in.

"The Ministry's view was that all of New Zealand should move to the CPF simultaneously and a minimum of two weeks after Auckland DHBs reach 90 percent fully vaccinated," the affidavit stated.

Cabinet instead decided to keep the border up for another 12 days, until 15 December.

Dr Bloomfield, speaking to the Health Select Committee, said it was believed the extended timeframe would not mean greatly increased risk.

"The advice from my team was that the difference of a week or two in terms of just pushing the vaccination rate up just one or two more percentage points was not, from a public health perspective ... was not material in terms of the risk," he said.

He said Cabinet had other advice it needed to consider in making its decision, however.

"Advice was also sought from other parts of government and then Cabinet rightly makes the decision about the appropriate dates."

Some early health advice had also suggested the South Island be brought into the traffic light system at green, but this advice was later changed based on the risk posed by the Delta variant, Bloomfield said.

"When we did our initial assessment ... clearly the number of cases in the South Island over the last month or two has been small - they have been ... contained very quickly," he said.

"If you looked at the criteria in the traffic light framework on the face of it the South Island looked like it would fit in the green level ... however also when the advice did come through to me, the team made the comment that given we are transitioning to a new framework ... it merits being cautuious and putting the country at least at an orange level while we make that transition and see what the impact is."

However, a large tract across the centre of the North Island which has been put into red, was not part of the advice the ministry provided.

"Our final advice that did go up was very clear that we felt that all of the country aside from the Northern region should be in orange."