Despite having no active cases of Covid-19 in the community Whanganui woke to find itself in the red zone today. 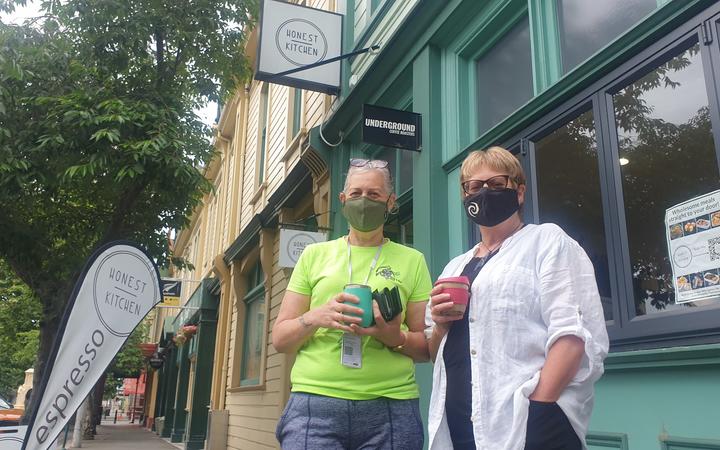 The region's low vaccination rate has been given as the reason - but not everybody happy about it.

"This is the new normal. I hope you weren't in a rush to come in because, you know, we've got to do all the scanning and we've got to go through a whole new process of who's serving, who's doing the scanning.

Bannister said there had been a few uncomfortable moments.

"I fee like we are going to have a few upset people. We've had a few who've said 'you're discriminating against the unvaccinated and your business should close' all this kind of stuff.

"It's very frustrating for us because it is not our choice." 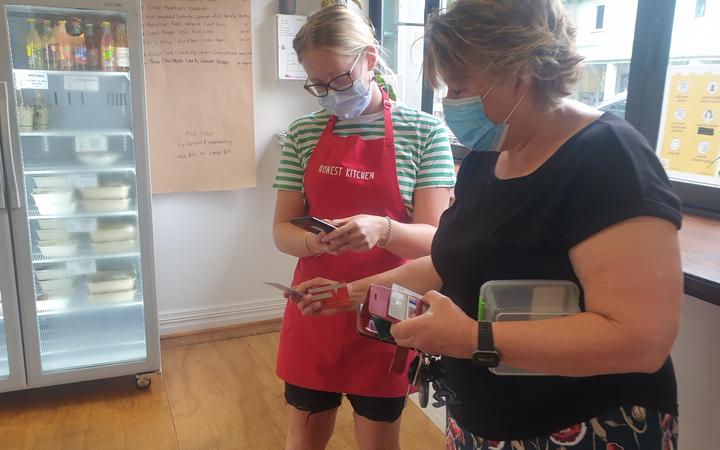 "I've got my vaccine pass which I printed off and laminated and I've just shown that to Chonnie at Honest Kitchen.

"It was an easy process and I've just been to Cityfitness and theirs is preloaded and you just walk through the turnstile."

"I was talking to a woman from a lovely retail shop, who's an older woman. She's got a lovely business.

Down at Taupo Quay, Phil Pollero, the general manager of the iconic Waimarie paddle steamer, has also had to make adjustments for the traffic light system.

"We've been expecting to be in the red phase, so we've reduced our numbers on the vessel and we will be expecting all of our passengers over 12 years old to be fully vaccinated and we'll be scanning them in when they receive their boarding passes."

Passenger numbers would drop a third from 90 to 60 but otherwise it would almost be business as usual.

"They can't visit the engine room is the only difference on the vessel and our pigeon post that fly back from further up the river, generally the customers would be able to handle the birds, and we'd usually get some young passengers to do that, at the moment we are not simply because it creates squeeze points for want of a better word." 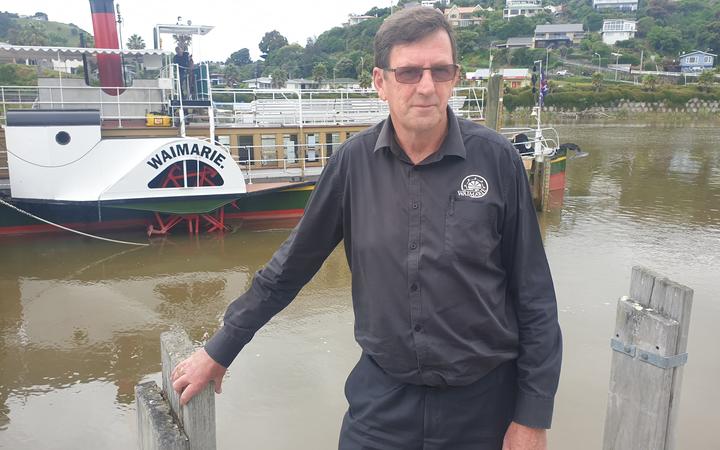 Pollero said he had received a number of cancellations but those customers had understood the rules were out of his hands.

On Victoria Ave Whanganui residents were divided on whether the city should be in the redzone.

Mike was relaxed about it.

"If they think it's good, I just go with the flow."

"There's been nothing here, so I don't reckon we should be in red."

Bob was disappointed too.

Billy was missing the finer things in life.

The traffic light settings are due to be reviewed in two weeks' time.