Rhythm and Vines will not go ahead over the New Year's holiday period this year. 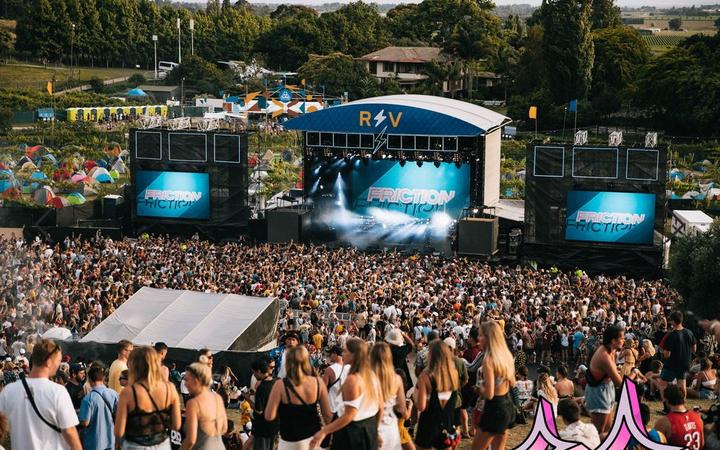 The music festival, which was due to be held from 28-31 December in Gisborne, will now be held across Easter weekend 2022.

The festival attracts about 30,000 people a year to the Tairāwhiti region.

Tairāwhiti currently had the second lowest fully-vaccinated rate, at 77 percent.

Gisborne locals had said allowing the festival to go ahead would be an open invitation for Covid-19 to arrive.

Festival organisers say the decision to postpone was made in consultation with Tairāwhiti Iwi, Tairāwhiti DHB, local councils and members of parliament.

It took into account that Gisborne would be in the red setting of the new traffic light system at least until 13 December, they said.

Festival director Kieran Spillane told Checkpoint it was very likely Gisborne wouldn't get to the orange setting until at least early next year.

"We're ever hopeful that we've given Gisborne the time to get their vaccine rate up."

He thought it was unlikely the region would go to the orange setting without a 90 percent vaccination rate.

Of those who already had tickets, Spillane said about 8 percent did not want to get vaccinated.

Talent would now need to be rebooked and international acts would need to enter the MIQ lottery system again, he said.

"Rhythm and Vines' mission has, and always will be a safe and secure festival for all involved and believes this decision will allow us to keep delivering the best festival experience that over 400,000 young kiwis have enjoyed since 2003."

Organisers encouraged everyone to get vaccinated.

The festival would be held at Waiohika Estate from 15-17 April with camping starting from 14 April.

Ticket holders could use their tickets for the new dates or there is a 14-day refund window closing 16 December at 5pm, for people who could not attend the new date.