Auckland schools are reporting wildly different attendance rates with some families refusing to send children back to class. 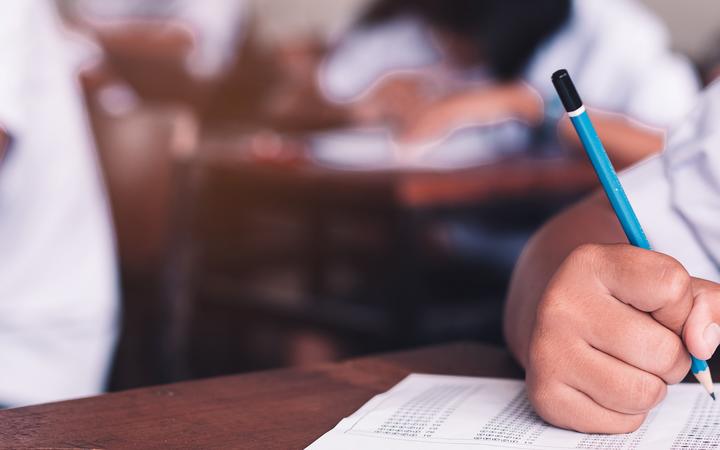 It's two weeks today since the region's classrooms were allowed to reopen to all pupils for the first time in months.

They are operating under level 3 restrictions and many are limiting children to one or two days attendance a week.

Auckland parents told RNZ that just a couple of days a week at school had lifted children's spirits.

"Being around one another, being surrounded by their peers and their friends has just put that hop back in their step," Erin Liava'a, who had two children at Sylvia Park School, said.

"They've come back from school so much more engaged, enthusiastic about their learning, it's the first time really I've seen them get up super-duper early ready for school."

Even the requirement for children in years 4 and above to wear a face mask inside had not dented their enthusiasm.

"First day or two my 11-year-old said 'oh, it's so hard with the mask on' but now he just puts it on when he gets out of the car in the morning," Michelle Conning, who had two children at Laingholme School, said.

Manurewa Intermediate principal Iain Taylor said his school was open for half of its 910 pupils at a time, or two days a week per child.

He said the decile 1A school normally had attendance rates around 95 percent but less than half of the eligible children were coming to class each day.

"That's our community, Manurewa is in the heart of Covid breakout, some of our parents are really nervous about getting vaccinated," he said.

Taylor said he wanted the children who were not attending to come to school.

"In our sort of community it's really, really important that our kids are the recipients of a great experience because our kids need to have happy memories growing up and I'm a bit concerned that the happy memories that these kids have had over the last year or two are not there, so we need to do something about it, they need to be at school," he said.

Taylor said the school was walking a fine line between encouraging families to bring their children back to class and not being too pushy about it.

"We've got to be pretty mindful that each family in our community faces pretty unique sets of circumstances so whilst we're encouraging them, we're not pushing them and being real blunt about getting to school like we used to be pre-Covid times," he said.

Taylor said it was strange having just 200 children in a school that normally had nearly 1000.

"It's weird but after all the weeks of having only one bubble of about 10-12 kids, having a couple of hundred kids it's cool, it's motivating," he said.

Laingholm Primary School principal Martyn Weatherill said the school was running an "alphabet school" where children with surnames starting with A-L attended on one day and those with M-Z the next.

"Given that it's such a unique and novel experience, it's actually going really, really well to the point it's surprisingly well," he said.

"It's lovely having kids back on site and having only half of them makes one-on-one teaching a little bit easier."

Weatherill said some children were anxious on the first day, but that largely disappeared as soon as they saw their friends.

He said teachers had focused on ensuring children were comfortable being back at school and were now starting to look at more structured learning.

Sylvia Park School principal Barbara Ala'alatoa said her school was open to half of its 540 pupils at a time with attendance ranging from 60 to 70 percent.

She said teachers and children alike were delighted to be back but classes were a little different to normal.

"The return to school for some people is about learning how to be together again, it's learning about ways to tell your story about what lockdown's been like, to express it through a whole different range of mediums, through art, through talanoa (discussion)," she said.

"We would love to see everybody who can come back, come back, so it's all very well to celebrate what's right in front of you but we also need to be thinking about the kids that we're not having any too much contact with so we have another piece of work that's happening in that space, we've got a dedicated team who's continuing to work with those people who are not turning up," she said.

Schools in the region had been told they did not need to change anything once Auckland moved to the traffic light system at the end of the week.

They had to keep children in separate groups that did not mix, use physical distancing where practical, and require children in Year 4 and above to wear face masks while inside.