Businesses in the Rangitīkei town of Bulls, near Palmerston North, are getting to grips with operating under red light restrictions from Friday. 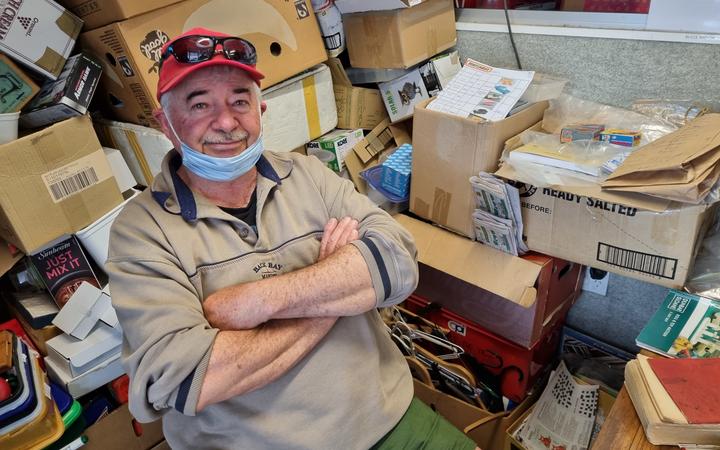 Some are getting ready to scan vaccine passports and enforce distancing, while others are still learning what is required.

Just 6km away, the Manawatū town of Sanson is in the orange zone, but Bulls falls under the Whanganui District Health Board region, where vaccination rates are lagging behind the national average.

Until they rise, business owners in places such as Bulls, with its pun-filled street fronts declaring it a town like no udder, are chewing over what it means.

Many RNZ spoke to on Tuesday thought the town would be in the orange zone, but understood vaccine rates needed to lift.

At secondhand shop Dad and Daves, owner Ken Graham is not happy with the red light ruling and is not yet sure what is required at his store.

"I had a look online last night [at] what my requirements are and I'm not too sure whether I've got to ask people for their vaccination pass or make sure they're wearing masks or anything, so I'm not sure what I have to do."

In gift shop Intrigue, owner Jodi Jamieson does not think much will change later this week.

"My understanding is basically for a shop like ours it's status quo, everybody signing in, everybody wearing masks. We will have to monitor the amount of people in the shop at any one time so everybody can safely keep their distance."

The hard part for businesses such as hers was people not respecting the rules.

Shop worker Alana Hartley had been confronted by one unpleasant woman, but another shopper stepped in to intervene and the woman left.

Hartley said it was not easy dealing with such situations, especially if she was in the shop on her own.

Jamieson said people who behaved badly because of the red light requirements would not be welcome.

"I just said to Alana, 'we don't want people like that in here anyway, so feel free to ask them to leave'."

At the Bulls Museum, volunteers such as Helen Cooper are getting ready for scanning vaccine passports.

"We don't want to turn people away. We want to encourage people to come in, but we are looking for double-vaccinated people preferably, and the masks. We're doing everything we can possibly do to keep ourselves safe." 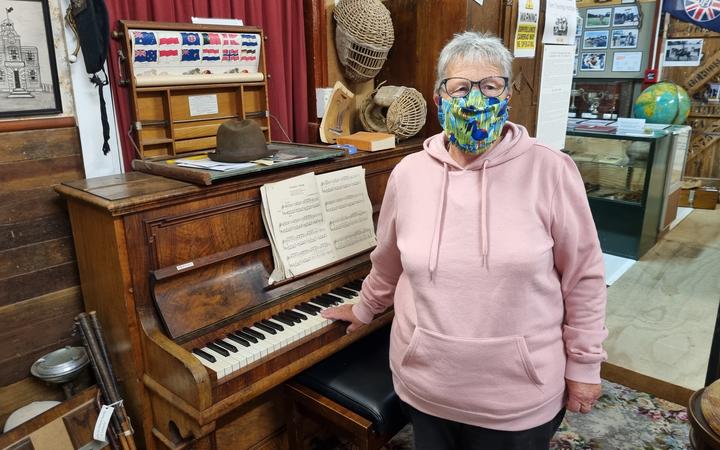 Bulls Museum volunteer Helen Cooper wishes people would get vaccinated so everyone can move on. Photo: RNZ / Jimmy Ellingham

Cooper is not surprised Rangitīkei remains in the red.

"My personal opinion is that people haven't fronted up and got their vaccinations. That's the important thing. I have grandchildren and a daughter who are compromised health-wise, so [it's] equally important to make sure they are safe as well.

"I just think people are holding us to ransom, the unvaccinated ones. Why not get it done and just move on?"

In Marton, The Club Hotel facilities manager Samantha Hancock is clear about what the bar needs to do from Friday. 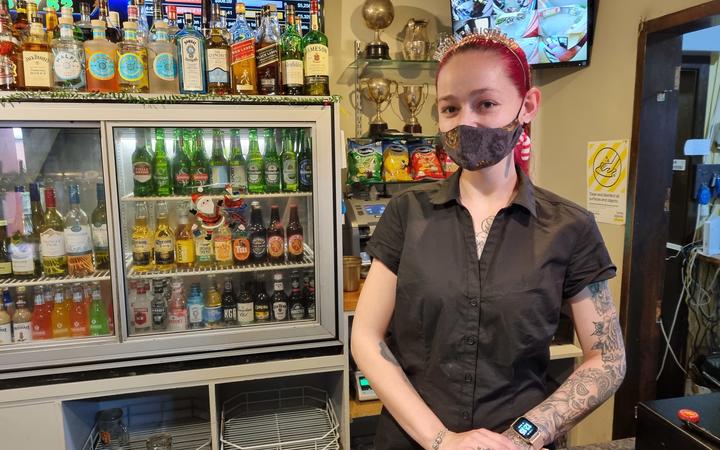 Hancock said there had been no problems from punters asked to deal with present mask wearing and sign-in requirements, and she did not expect that to change.

Civic leaders in the red zones have a simple message for people: Get vaccinated.

Rangitīkei Mayor Andy Watson said some smaller communities thought they were isolated and would be all right, but the reality was Covid-19 was coming. 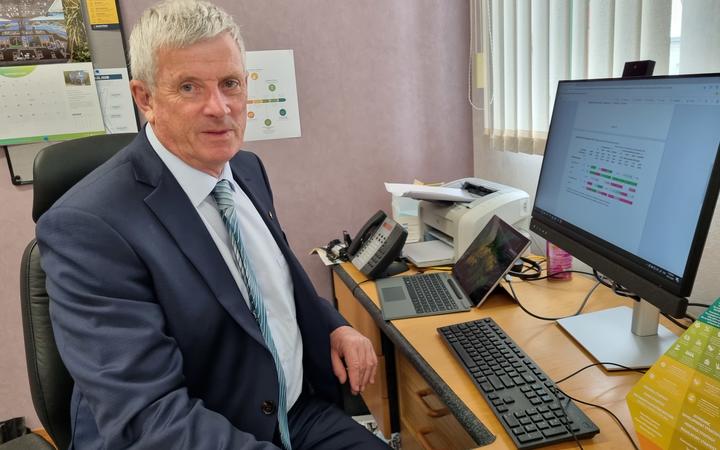 Rangitīkei mayor Andy Watson hoped the district would be in the orange zone, but isn't surprised it is not. Photo: RNZ / Jimmy Ellingham

Putting the district in the red zone might be the incentive required to get people vaccinated, especially if they realised they could no longer see family, visit relatives in hospital or get on a plane.

"I had hoped that we would be in orange. Was it a total surprise that we were in red? No. We have to be honest and take some responsibility - our vaccination rates are poor," Watson said.

"Rangitīkei is part of the Whanganui DHB, so it's the region rather than specifically us."

Watson had noticed people in Rangitīkei were poor at scanning in, and that needed to change.

He was frustrated that some people simply had not bothered to get a shot yet. Such inaction was forcing the cancellation of school prizegivings, children's shows and other community events.