Learner drivers looking to lose the L plates will not be able to sit practical tests unless they are fully vaccinated.

VTNZ's line has drawn the ire of the Driving Change Network. It says hundreds of students, who are not yet fully vaccinated, will face further delays to getting licences. 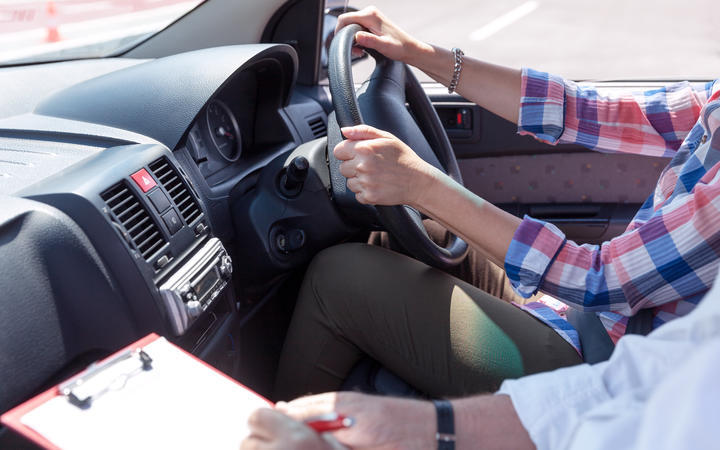 The network worries teenagers in the lowest vaccinated areas will also be adversely affected.

"From a driving change point of view we've been trying to get confirmation on what will happen once we enter the traffic light system and I haven't been able to get confirmation from VTNZ officially," Driving Change national coordinator Wendy Robertson told Checkpoint.

"So to assist our members, I phoned a VTNZ branch this morning and said, if my son has his practical driving test on Friday and is unvaccinated, is he able to still do that test? And I was told no, that they need to be able to produce a vaccine certificate.

"The big issue is, a lot of our students were booked to set their practical tests during the level 4 lockdown. And when when we went back to level 2 in September, they were automatically rescheduled. Some of those young people, their tests are coming up now.

"So when they booked, a vaccination certificate wasn't even on the table. To have waited for two to three months for their test to come up and to now find out that they can't do the test until they're double-vaxxed, and that they'll need to reschedule again, is going to be a real blow to them."

She said it will be particularly tough as around New Zealand right now there is a wait time of up to 12 weeks, and Auckland's waitlist is worse.

"That's not to say that all of these young people are not vaccinated. Some of them may have had one [shot], but many of them aren't double-vaxxed and don't have that vaccine passport yet."

Robertson estimates hundreds of young people around Aotearoa will be affected by the rule.

She said she thinks their reasons not to be vaccinated will be a mix of the common issues.

"I know a lot of them are very much undecided as they read different things on social media and they're still making up their mind.

"Some of them are keen just to wait and see how it affects their peers. Others, some of these young people sitting there licences are 17, 18, still living at home, and their family may have taken the stance that it's not for them.

"So the decision may not even be theirs."

Some of the youth are living in some of Aotearoa's lowest vaccinated areas, she said.

"We would like to see at least the practical test be deemed as an essential service. We know through the driving change network that a driver's licence is essential to gaining not only employment, but also being able to access further education and everyday life.

"Particularly for those for those people living rurally, where they don't have access to public transport. To take to take the ability to gain a driver's licence off them as is going to be a huge blow for them."

In a statement, James Law, operations support manager for VTNZ, said: “VTNZ has been working closely with Waka Kotahi NZTA following the Ministry of Health guidelines to develop the health and safety procedures that are necessary to safely conduct driver licence testing. We will be releasing the details of these procedures shortly.”

Checkpoint contacted VTNZ’s 0800 number itself, and was advised full vaccination is required to sit practical tests.