Fire and Emergency is urging double-vaccinated people to train up as new volunteer firefighters to help fill a void created by the unvaccinated. 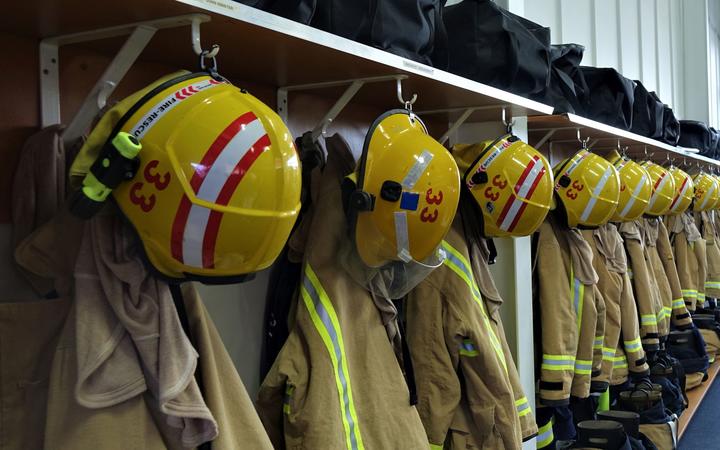 A Covid-19 vaccine mandate is now in place for more-than 13,300 firefighting personnel, which was delayed by two weeks to give Fire and Emergency more time.

But volunteer fire crews in Matakana Island in Western Bay of Plenty and Inangahua on the West Coast would not be suiting up until more staff are vaccinated against Covid-19.

Fire and Emergency national commander Kerry Gregory was confident the communities will be kept safe despite the local bridages being out of operation.

"It's not like these brigades are the only ones who respond into the area," he said.

"If we have a major fire, for instance, we'll draw support for those communities from right across New Zealand."

But Gregory would not say how many more vaccinations were needed to get either crew operating again.

He did not think it was "appropriate to go into the detail around those individual brigades and their statuses".

"But what I will say in that regard is: what we need is an operational crew that can survive on their own to provide that response into the community."

Gregory also would not say how many brigades nationwide were now operating at a reduced capacity - instead stressing that 90 percent of personnel were at least partially vaccinated.

He did not think there would be a strain on Fire and Emergency's resources but did admit they were looking for new double vaccinated firefighters.

He said people could be brought "up to speed" in about "a month or so".

Butzbach was also warning unvaccinated firefighters to stay at home even when the alarm sounded.

He said people needed to realise if they went out to an incident "they've got no protection at all".

"They've got no official authorisation to undertake that work so they're not covered for insurance or any liability," he said.

Overall, Butzbach said the mandate was necessary but local communities were being left to react to its negative effects.

"Now's the time to sort of move forward and reach out to the community to backfill roles ... because the strength the fire services in New Zealand is that they're very much community based so really the communities are doing it for themselves."

In Inangahua, local councillor and community board chair John Bougen agreed it was sad but said it was "not the end of the world".

The latest official figures put Inangahua at a lowly 57 percent fully vaccinated, with none of the Buller District above 80 percent.

"Personally I despair of it, but in the end they've made a choice and it's going to impact their lives in many other ways other than the fire brigades maybe not turning up quite as at the same speed as it would've beforehand," Bougen said.

Fire and Emergency said it was committed to service Aotearoa but was asking people to be extra vigilant with fire safety.