The deadline for firefighters in New Zealand to get vaccinated against Covid-19 has been pushed back two weeks. 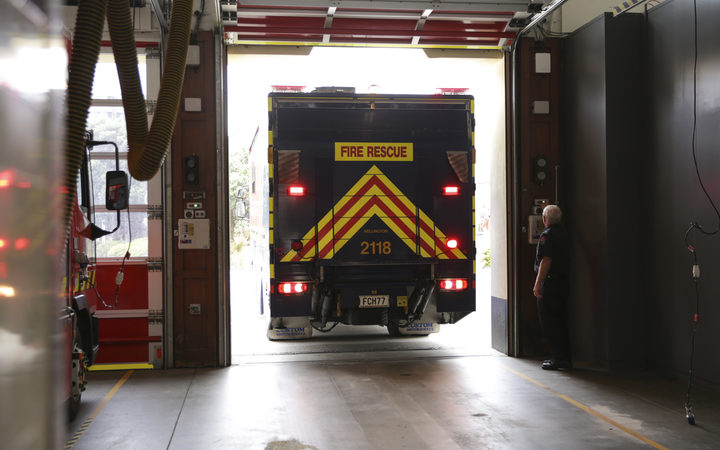 about About 300 career firefighters have told their union they were unvaccinated or would not disclose their vaccination status. Photo: RNZ / Richard Tindiller

Fire and Emergency originally required 13,000 staff or volunteers to be vaccinated to do their jobs after the 15 November deadline.

But professional firefighters' union national secretary Wattie Watson confirmed the deadline had been extended to 29 November.

"The two weeks extension is so that FENZ [Fire and Emergency] can appropriately plan and organise for a reduced ability to maintain the response, the same levels and standards of response," she said.

Watson said about 300 career firefighters had told the union they were unvaccinated or would not disclose their vaccination status.

Fire and Emergency's 2020 annual report states there are 1830 career firefighters.

Watson thought capabilities going forward would "be tight" but she understood the two week extension was "what FENZ asked for so they must be confident".

Fire and Emergency national commander Kerry Grergory thought plans for possibly-reduced staffing would be ready by the mandate deadline, considering the amount of work that had already been done.

He said the "tight timeframe" made it "really difficult" to work with all of their staff about their decisions around getting vaccinated in a respectful way.

Minister of Internal Affairs, Jan Tinetti, who oversees Fire and Emergency, said it was only a "temporary solution" because the agency was "very uncomfortable" with the original timeframe.

She said the focus of the extension would be on staff planning rather than waiting on more staff to get vaccinated.

However, Tinetti said she spoke with Fire and Emergency board chair Rebecca Keoghan on Saturday morning who reported that the last staff vaccination figures - "which she didn't share with me" - were "a vast improvement since the beginning of the week".

"I look forward to FENZ working with their firefighters, both careers and volunteers, to get fully vaccinated."

Tinetti did not think other organisations would be able to have similar extensions, saying it was a "very unique situation within our country" because of the "complex set up with FENZ".

The deadline for firefighters in New Zealand to get vaccinated against Covid-19 has been pushed back two weeks.