The New Zealand Māori council are gearing up to hold the government to account for what they say are failures to protect Māori during the Covid-19 pandemic. 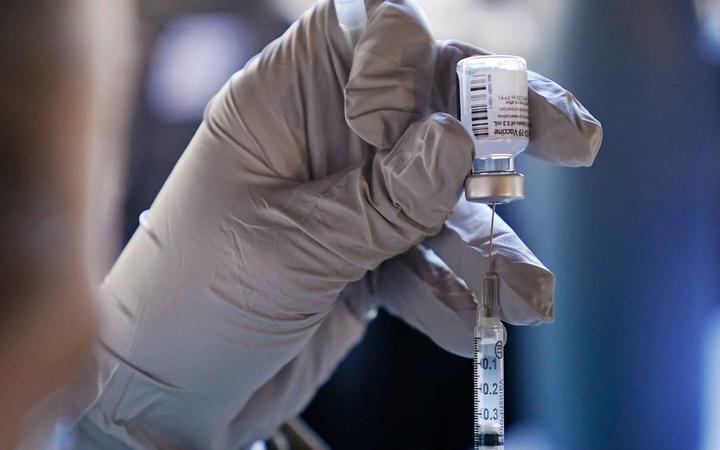 It is a part of a special inquiry held by the Waitangi tribunal looking into the government's handling of the pandemic and vaccine roll-out.

The Wai 2644 claimants will submit to the tribunal as a part of the overall health services and outcomes kaupapa inquiry which has been ongoing since 2016.

National secretary of the New Zealand Māori Council, Peter Fraser says it is frustrating that Māori have not been prioritized leaving thousands of lives at risk.

He said the Māori population was younger and substantially sicker prior to the pandemic which posed a major issue when the government chose to distribute the vaccines based on age.

"It is the view of The New Zealand Māori council that the governments pandemic policies with respect to Māori are not only risky but actually pose the risk of irreversible damage to Māori.

"When the government made a decision to do its vaccination roll-out based on age, the result of that was that Māori effectively go last and now with the roll-out of the traffic light system the government is now waiting for Māori to catch-up with the rest of the population, so the concern from the council is that Māori become collateral damage" he said.

The New Zealand Māori council will criticise the government on key areas of the pandemic response which they argue have seriously breached the principles of te tiriti o waitangi.

These include the difference in vaccination rates between Māori and non-Māori, the 'preliminary' introduction of the Covid-19 protection framework or traffic light system, the lack of prioritisation of Māori due to underlying health inequities and the transition from aiming to eliminate the virus to instead co-existing which the council said disproportionately placed Māori at risk.

Fraser said multiple trusted Māori leaders and health professionals had stepped forward to guide and assist the government in a positive partnership, but they had been ignored.

Māori and Pasifika communities especially had long argued that they were more vulnerable to the virus and needed to be prioritised but the government had failed to respond and engage with them.

"It is very disappointing that we have got a government that received a huge and over-whelming mandate from Māori, it has got more Māori MP's than any government in history and the New Zealand Māori council has to take that government to the Waitangi tribunal to teach Māori MP's about the treaty of Waitangi, that is phenomenally disappointing.

"Even though the Māori council did not support the traffic light system and we actually had recommendations around it, none of those recommendations were actually taken into account, that is why we're in the tribunal so maybe we can get the government to start to listen" Fraser said.

The council also argued that the government failed to uphold the principles of te tiriti o waitangi by not protecting Māori from the "ravages" of the virus and by not addressing the inequities Māori already faced when responding to the pandemic, but rather treating them as the same amongst other groups.

The inequities Māori faced included the rural placement of Māori communities, socio-economic conditions being experienced, inaccurate data relating to Māori vaccinations, the disparity in age and life span for Māori, lower income levels, health and education experiences and historical exposure to international diseases - all of which the council outlined to explain how Māori were significantly and irreversibly prejudiced by the Government's Covid-19 pandemic response.

Fraser said the week long period for the hearing will be enough time to thoroughly address the ongoing concerns shared on behalf of Māori communities.

But he said the issues needed to be addressed now due to the upcoming government proposal to transition to the Covid-19 protection framework and the opening of regional borders.

"Māori researchers are already predicting thousands of Māori cases before Christmas if the government keeps on the track that it's on now and that is just not acceptable.

"We think that a lot of Māori will get sick, and we think a portion of those Māori will die and that is why we say there is irreversible harm to Māori, our population and our whānau because once you're dead there's no coming back" he said.

Accompanying the claimants will be submissions from expert witnesses who have volunteered to offer evidence supporting the New Zealand Māori Councils submission.

The New Zealand Māori council will urge the government to remedy the harm posed to Māori by making major additions to the Covid-19 pandemic response.

They recommended that before the country moves into the Covid-19 protection framework or the traffic light system, the government needed to stand up a vaccination target of at least 90 percent for all eligible members of the Māori population which would also include all Māori over the age of 5.

It was also asked that funding be directed straight to Māori that would be needed to establish a successful and targeted vaccination program.

The inquiry is due to start on 6 December and will take place over a week long period.