A collective of marae around the Kāwhia harbour, are banding together to encourage whānau in their community to get vaccinated. 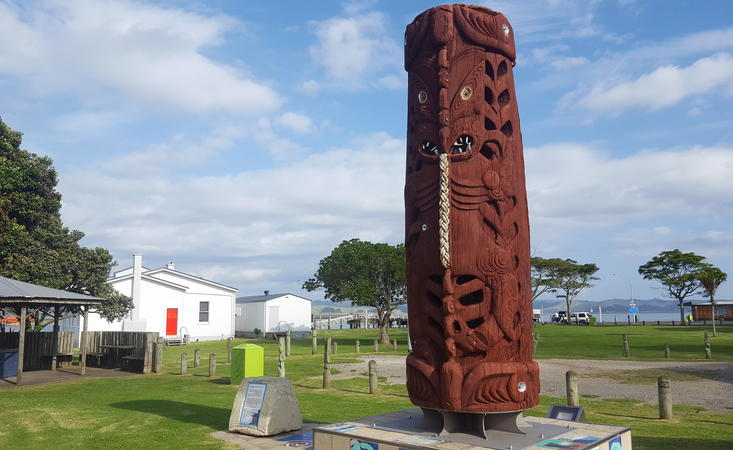 The Kāwhia harbour region between Taharoa and Kāwhia has been fighting to lift their vaccine uptake before the Auckland border opens.

Originally Ngā Marae o Kāwhia Moana has been a practice that the eight marae have carried out for many years, where they have joined together to support common kaupapa.

More recently however they had not met for a long period of time but when the pandemic became a serious concern for their communities, the old practice picked up again.

But spokesperson for the marae collective and chairperson of the Waipapa marae trust, Cathy Holland, said they are concerned their community will suffer when the boarders open. 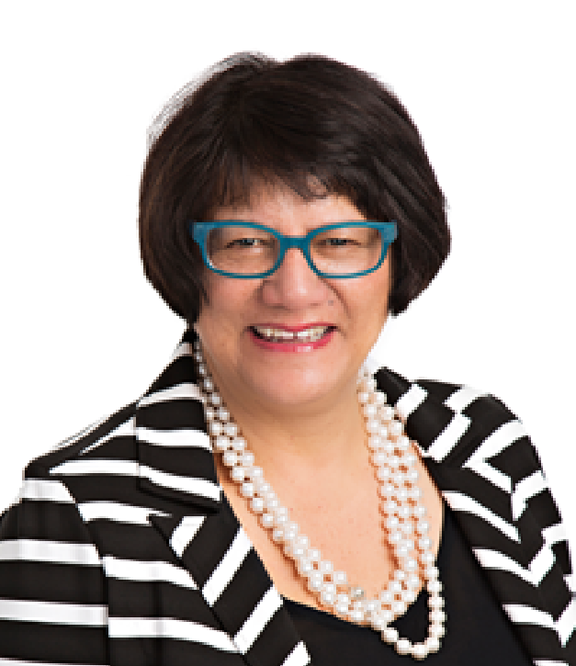 She said they are exposed and vulnerable due to the number of people unvaccinated and a lack of staff and resources to cover the whole region.

"We've got this wave coming and we believe it is definitely coming, but we are still exposed, we are still vulnerable.

"The biggest issue we've got is around capacity and capability because our providers already, are exhausted" she said.

From the beginning of the outbreak in 2020, the marae collective has felt they had started off behind in terms of the amount of financial assistance and resources they could deploy automatically to target vulnerable areas within their communities.

Holland said funding organisations initially were not very forthcoming with additional financial support as they did not consider the Kāwhia Harbour area to be in dire need.

She said since making it clear to funders that they were in fact at risk to the virus, funding eventually was provided.

"I immediately saw red flags ... I just went back, and I said look, your information that you've got around how we are surviving in Kāwhia Moana is totally wrong.

"We are an isolated, rural Māori community and we are even more vulnerable than a community based out in Hamilton for example.

"We got the funding through trust Waikato and then eventually through civil defence we got paid to establish a food bank," she said.

But now with the onset of the Delta outbreak in full force the marae collective are trying to pour their attention towards those in the community who are struggling to get vaccinated whether it's due to concerns around the vaccine or accessibility issues.

"The focus this time has been on ensuring that all of our whānau are vaccinated... so, in the first instance tested and then vaccinated.

"These kind of came to a head when we got our first case in Kāwhia and that's kind of when we went on red alert.

"We had whānau members and we knew that we were always going to have whānau members who were reluctant or wouldn't want to get vaccinated, so that's kind of how we've gone from being a food bank during Covid to really participating on the ground level of not only testing and vaxing our whānau but encouraging whānau members," she said.

The Kāwhia Harbour region has so far fought two positive cases in the area and has increased the rate of testing and vaccination while working alongside the local district health board and Māori health provider Raukura Haurora.

Amongst this was their continuous efforts to address those in the community who were anti-vax either for political reasons or due to a loss of trust in the health system.

But Holland was worried that some of the data they had been receiving from the local DHB detailing the numbers of people still needing to get vaccinated was not completely accurate.

She believed that there were more whānau members needing to receive their inoculations than stated in the data.

"We do have a few of them around the harbour who don't want a bar of the vaccination programme.

"We did three days of testing and vaccinating... we managed to get a lot of our whānau members to be vaccinated... and just recently we've one another pop-up.

"One of the issues we have had is that the data we are getting both from the Ministry of Health and the DHB, I'm not convinced is entirely accurate, what we've been told is that currently around the harbour there are 161 whānau members who haven't been vaccinated, I've got a feeling that there is actually more than that," she said.

Holland is worried about the impact of opening Auckland's border on their small, isolated community.

She said she is disheartened that they had worked hard to protect their community on the ground, only to be at risk of exposure when the boarders open and some whānau are still not vaccinated.

She said they were now considering whether having unvaccinated whānau at their respective marae was going to be safe given they were already under a significant amount of pressure trying to protect their community. They simply would not be able to handle any further spreading amongst vulnerable members of each marae, Holland said.

Holland said it was definitely high up on the agenda to have some type of vaccine mandate because at the end of the day, protecting everyone was more important than the personal beliefs of individuals.

"Probably about a couple of months ago, we proposed door knocking right around the harbour and it was interesting because we proposed it as a strategy to the local council and it was poo-pooed by them, you know that it wasn't going to be affective, it was too dangerous, it was too risky etc... but in essence that's what we have been doing.

"There's still a hard core of people in Kāwhia who just do not want to get vaccinated.

"We've certainly discussed the matter of whether in fact you can only come onto the marae if you've got a vaccination certificate that confirms you are fully vaccinated.

"At the end of the day it's about keeping as many of us safe and protected as possible, if an individual doesn't believe in that philosophy of us all looking after each other then maybe they don't have a place on the marae."

She said the marae collective continues to remain motivated to "do the work" and deal with the Delta outbreak in the way Kāwhia Harbour community knows how to best.

Holland said it had been gratifying to see the eight marae banding together and they would persist with their vaccination efforts to help one another in the long run moving forward.