The government has introduced legislation repealing a provision which has been found to increase trauma on children and makes it harder for parents to retain care of subsequent children. 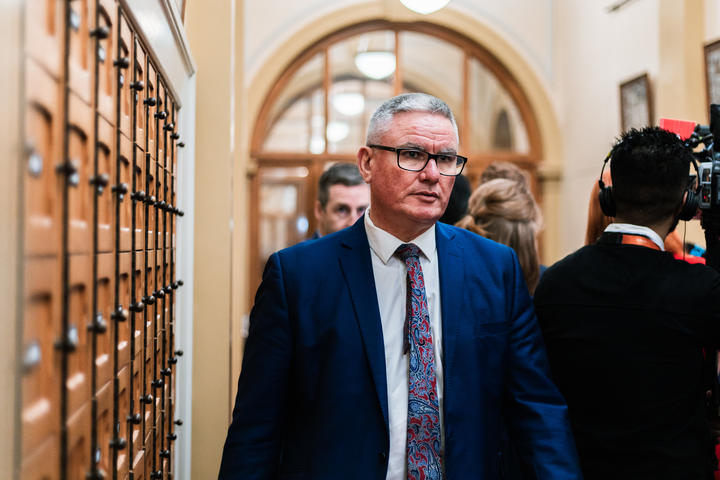 The 'Subsequent Child' provision applies to a parent who has had a child taken off them and essentially can make it much harder for them to retain or have care of other children.

The complex provision was introduced into the Oranga Tamariki Act by the National government and means when Oranga Tamariki becomes aware that a parent who meets these criteria is having another child, a social worker must complete an assessment to ensure the parent is not likely to inflict the same harm to come to their other children. During this assessment, the parent must be able to prove the same harm is unlikely to occur to the subsequent child.

The Children's Commission report, Te Kuku o te Manawa, a review into the the removal of pēpi Māori, found the provisions assume these children are at automatic risk of harm. Effectively, the burden lies with the parent to prove this is not the case and the finding of this assessment must be reported to the Family Court.

Although this provision has only be applied about 19 times since it was introduced, reviews have found that it appears to have significantly influenced Oranga Tamariki practice and the number of removals of babies overall significantly increased immediately after its introduction.

Interviewees in the Te Kuku o te Manawa report described the provisions as, excusing a social worker from carrying out proper up to date assessments which resulted in social workers not making genuine attempts to enlist whānau, hapū, iwi or community assistance to increase the capacity of a mother to look after her subsequent child; and lead to a belief that such mothers, if a baby was removed, would never be fit to resume care for the baby in the future.

"While these provisions were introduced by the previous government with the aim of improving the safety of a subsequent child, unfortunately often the opposite occurred and the legislation unfairly impacted on both the young person and their whānau," Minister for Children Kelvin Davis said.

He said it often resulted in increased trauma and distress to the older child, who was often drawn into court proceedings to establish there was no realistic prospect that they would be returned to their parent's care.

While issues have been identified with the provisions in relation to parents who have previously had a child permanently removed from their care, those issues do not arise in relation to a parent who has a conviction for the death of a child in their care. The provision will still be applied in such serious situations.

The partial repeal will also address a continuing breach of the Treaty as noted by the Waitangi Tribunal.

"I am excited by this change, as it signals the start of the direction I want Oranga Tamariki to travel," Davis said.

"I have been clear that things need to change at Oranga Tamariki. Some of those changes will be big and some will be small, but together they add up for a better path for our most at-risk children."

The Bill also seeks to repeal a redundant information sharing provision and to tidy up a number of minor technical errors and ambiguities in the Oranga Tamariki Act 1989.

The Bill is expected to be passed and come into effect in 2022.