Auckland DHB hits the 90 percent vaccination target, no more changes to MIQ this year, and a Bay of Plenty iwi is asking holidaymakers to get a negative test before visiting. 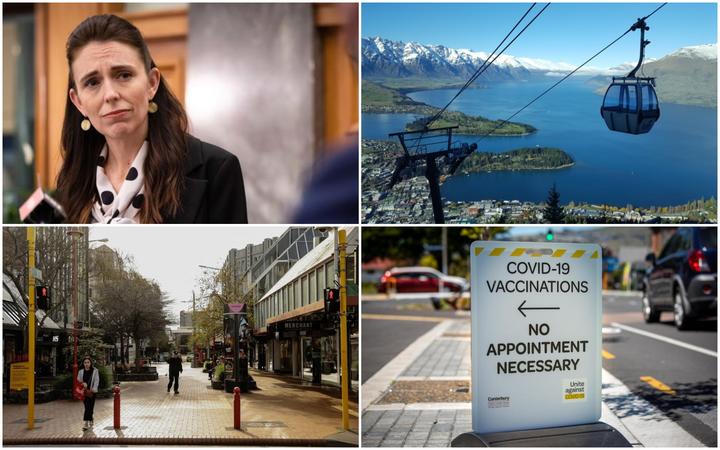 Auckland District Health Board is officially the first in the country to reach the 90 percent double-dose vaccination milestone. It reached the mark this afternoon.

Health officials said only 755 more Māori within the Auckland DHB needed to receive their first dose to reach 90 percent of Maori getting their first vaccination.

The city's two other DHBs are also approaching the target, with Waitematā currently sitting at 87 percent fully vaccinated while Counties Manukau is at 84 percent.

MIQ woes to continue, for now

Prime Minister Jacinda Ardern said there will not be any further revisions to the country's Managed Isolation and Quarantine (MIQ) and self-isolation process until the first quarter of 2022.

She said any changes to the isolation systems would be a "big step".

There would be greater opportunities for New Zealanders who come home then, Ardern said.

"We are really focusing on citizens and residents," she said, as opposed to tourists.

Queenstown Lakes mayor Jim Boult said if it was safe enough for Aucklanders to travel, then it should be safe enough to reopen the trans-Tasman bubble.

Fully vaccinated people will be able to travel across the Auckland border freely from 15 December.

Boult said businesses in his district were surviving on crumbs.

He said fully vaccinated Australians should be allowed to visit if they could safely manage Auckland travellers.

Boult said he would support a compulsory saliva test at the airport for visitors travelling from Australia.

Eastern Bay of Plenty iwi Te Whānau-ā-Apanui are asking for those who do not whakapapa to it to refrain from going into their rohe this summer.

"Surprisingly it was the local businesses who approached us first as the iwi response unit, in regards to wanting to put best practices in place for them.

"The last thing they would want is for us to go into either a level 4 lockdown or red lockdown."

Rapihana said there would be checks on campers, but assured there "won't be any friction".

The lifting of Auckland's border would not lead to a sudden surge in Covid-19 cases but some would pop up across the country, the Director-General of Health said.

There are 198 new community cases of Covid-19; 110 are epidemiologically linked.

Today's cases included 152 in Auckland, 30 in Waikato, five in Northland, six in the Bay of Plenty, two in the Lakes DHB district, and one each in the MidCentral DHB area, Wairarapa and Canterbury.

And 76 cases are in hospital, with six in either intensive care or HDU, with an average age of 50.

A construction worker who transferred to Wellington from Auckland has tested positive for Covid-19.

Auckland-based company HEB Construction said it was notified of the weak positive result by the Health Ministry last night.

A spokesperson said the man was s not symptomatic and was double vaccinated.

The site - believed to be Omāroro Reservoir in the suburb of Mount Cook - is closed today as a precaution while all workers get tested.

The Ministry of Health said it could be a historical case or a case in the earlier stages of infection.

The worker is having a repeat test today.