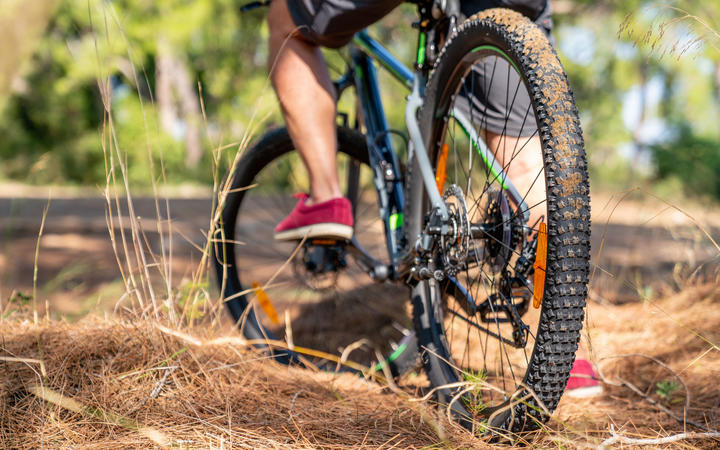 Starting at the end of Surrey Hill Road, the Kaitake Trail - first proposed in 2018 - would connect the coastal settlement of Ōakura with Pukeiti Rainforest Gardens, a distance of 12.2km.

The route will in part be made possible by using a bush-covered "paper road" that traverses the boundary of the national park.

Included in the draft long-term plan, it is seen as a crucial part of the proposed Taranaki Traverse and will be jointly funded by Taranaki Regional Council and New Plymouth District Council.

But now a report, being considered by the strategy and operations committee says that after three years of planning, council has not been able to resolve issues raised by Ngā Mahunga a Tairi hapū in its cultural impact statement.

The hapū grouping does not want mountain biking in the park, is worried about the effect on kiwi recently translocated onto Kaitake, and did not want the trail promoted as a national or international tourism destination. Apart from Mahunga a Tairi's issues, submissions from other manawhenua also raised concerns about the loss of 2.1 hectares of native bush, described the use of the "paper road" as essentially a form of land confiscation, and worried about the disturbance of wāhi tapu sites.

The report says there has been no communication with Ngā Mahunga a Tairi hapū since August and the project is essentially stalled.

Its author said it was currently impossible to deliver the project in partnership with Ngā Mahunga a Tairi as desired.

"It is difficult not to conclude that iwi and hapū do not support the Kaitake Trail concept and that they are unwilling to proactively enter into a partnership with council for its construction."

They recommend going back to the drawing board.

Councillors have three options to consider:

Today's meeting will make a recommendation ahead of the report being considered by the full council.