People in Gisborne, Stratford and Napier are still being urged to get tested for Covid-19, after the virus was detected in wastewater samples last week. 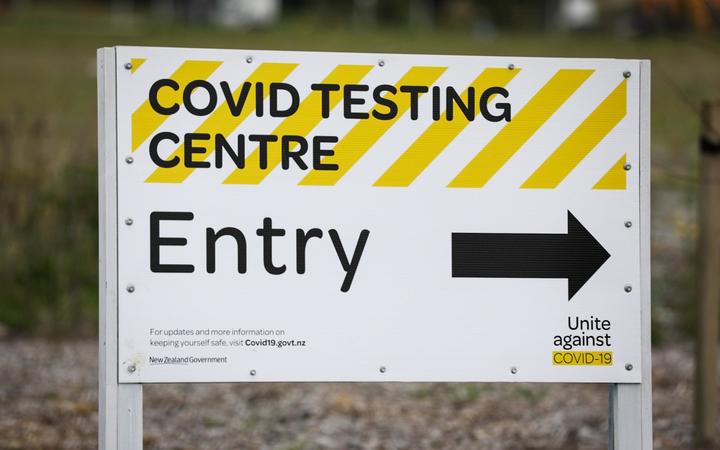 While the Tairāwhiti, Taranaki and Hawke's Bay district health boards have had higher than usual numbers of people turning out to get swabbed, they say this must continue over the next few days.

So far, no Covid-19 cases have been found, but health providers in those regions said it was too soon to say for sure that they were in the clear.

Ngaruahine Iwi Health Service general manager Warren Nicholls said there was a steady stream of cars showing up for testing in Stratford over the weekend.

Since Friday, more than 1000 swabs have been taken around Taranaki.

"There's still too much unknown and until we can be more definitive about the source of this Covid, we just need to keep our efforts high."

The wastewater detection proved to be the motivation for some people to get vaccinated, Nicholls said.

Many of those coming to get their first or second dose over the weekend had not been against getting vaccinated, they just had not got around to it.

"But this gave a sense of reality that actually the risks are high, we could have infiltration at any stage here or throughout the country and actually the only way to really protect ourselves is be prepared," Nicholls said.

It was a similar story in Tairāwhiti.

Turanga Health chief executive Reweti Ropiha said after the positive wastewater result came through, they quickly set up a drive-through vaccination centre in the central city to run over the weekend.

Over the two days, about 400 people received a dose.

"Getting the voice from the punters coming through, the majority of them, that was the wake-up call. They were pretty much all up for the vaccine."

Ropiha said their focus is turning to specific neighbourhoods and workplaces as they try to boost vaccination rates in the region.

They are trying to give people as much information as possible, to get them across the line.

There were people who were unlikely to change their views, Ropiha said, but others just needed a bit more reassurance or education.

"There's an audience in there that once we do connect and we can bridge that information void or we are visible and we are present, they are up for the vaccination," he said.

Eighty percent of people in Tairāwhiti have had their first dose, while two-thirds are fully vaccinated.

That figure is lower for Māori, with 71 percent having had first dose and 54 percent their second.

In Taranaki, 86 percent have had their first dose and 70 percent are fully vaccinated.

For Māori, the figures are similar to Tairāwhiti.

Meanwhile, in Hawke's Bay, there was higher the usual testing numbers over the weekend, but the district health board wants more people to get swabbed.

About 3000 people in the region had a vaccine over the weekend.

For Māori, 70 percent have had their first and 52 percent their second.

Further wastewater testing results for Napier are due in the next few days. Samples collected in Hastings and Wairoa have come back negative.

People in Tairāwhiti, Hawke's Bay and Taranaki are being urged to get tested for Covid-19 if they have any symptoms, no matter how mild or if they're vaccinated.