More than 1000 fake vaccination bookings have hampered efforts to get people jabbed in Tairāwhiti, the region with the lowest Covid-19 vaccination rates. 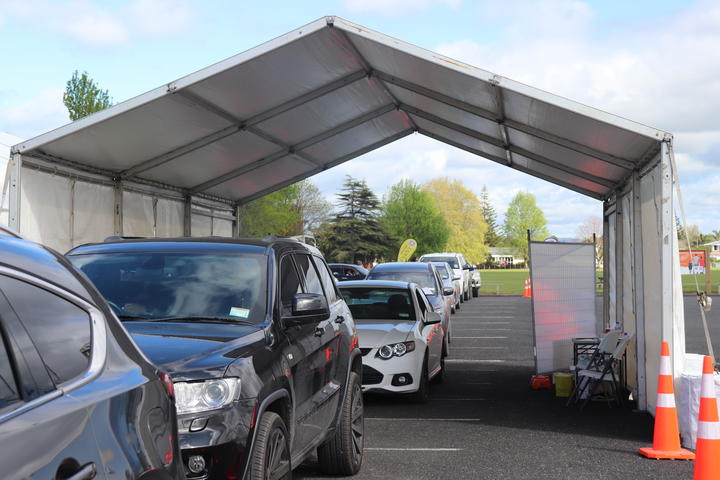 In the area including Gisborne and the East Cape, just 77 percent of people have had their first dose of the vaccine, and only 62 percent have had their second jab.

Both rates are the lowest rate in the country for a region.

Health authorities have been working hard to drive up vaccination rates in Tairāwhiti.

Di Akurangi, a communications advisor for the local DHB Hauora Tairāwhiti, said it was a surprise to see a surge of 1300 bookings recently and then a shock to see that they were all fakes.

"Look I had to laugh about it because I'm thinking 'oh gee, our comms are really working here in Tairāwhiti', on the other hand I'm thinking 'oh no, our team's now got to go through a process to delete all of those and that's a process in itself too that the Ministry of Health actually assists with so, definitely time wasting."

Some of them targeted DHB staff.

She said to manage the problem, staff were keeping a close eye on the bookings as they came through.

"Our clinic administrators go through every single appointment, because there's lots of people that do this, it's not this person here or people, there are stupid names that are put in the system and we know straight away."

She said the Book My Vaccine system was easy to manipulate - her practice received a booking with an obvious anti-vax first and last name.

RNZ has decided not to print the name, in an effort to avoid copy cat behaviour.

"We do have an easily accessible vaccination system and everyone can use it, but unfortunately there's no check in so anyone can put in any name," Wilson said.

She said they had to throw out vaccines for people that did not show up - and that was a waste.

"Really really frustrating that thoughtless things like that are impacting on our time and other people's ability to book."

"That young generation, 19 years up to 34, that cohort has been difficult and we need to tailor our approaches to suit those age groups.''

She said they were starting focus groups with rangatahi, and she hoped new TV ads would help too.

Di Akurangi from Hauora Tairāwhiti said it was doing many things to target hard to reach people.

It has given away more than a thousand supermarket vouchers and it is also going door to door.

"We are in doing street by street clinics already, we're offering a burger, shake and a vax, we are offering people transport, we are doing education roadshows."

To reach the desired 90 per cent vaccination rate, about 5,400 more Tairāwhiti people need to get their first and second jabs and around 6,000 just need to remember to get their second dose.

The Ministry of Health said a small number of people were faking bookings across the country.

Fake or offensive bookings were removed from the system and investigated.