In today's Covid-19 updates, a second person self-isolating at home has died, two people attempted to escape MIQ facilities, a positive wastewater sample was confirmed in Taranaki and Pharmac secured a new drug for treating Covid-19. 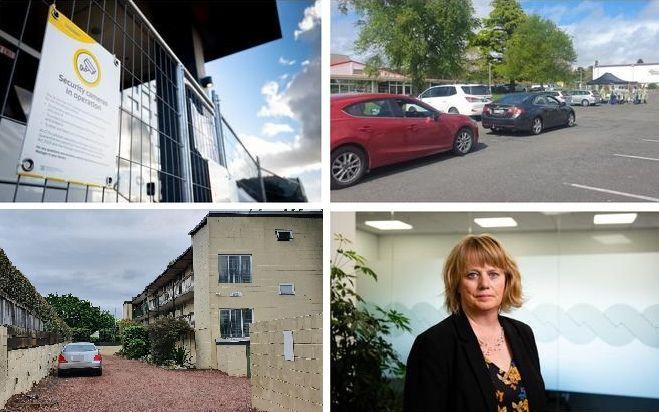 At this afternoon's Covid media conference, 163 new community cases were reported. Director of Public Health Dr Caroline McElnay said St John attended a call this morning after an emergency call to an address in the suburb of Mount Eden and found a person deceased on arrival.

The man who died was in his fifties and had been recently treated in hospital, but had discharged himself on Wednesday, Deputy Prime Minister Grant Robertson said.

He said there had been phone contact with the man on Wednesday and Thursday.

Robertson said he remained confident in the self-isolation system.

"It's important to note there are still enquiries going on about the cause of death at the moment and we've just got to all make sure we allow that to occur," he said.

There were two separate attempts to escape MIQ facilities by people with Covid-19 - one in Auckland last night and another in Hamilton this morning.

Both were caught within five minutes of absconding.

In the Hamilton incident, a person with Covid-19 fled from the Amohia Community Isolation Quarantine facility in Hamilton by removing a section of perimeter fencing at about 11.45am today.

They were watched by MIQ security, who saw them enter a waiting car. They were soon apprehended a short distance away by police and are now in custody.

In the second incident in Auckland last night, a positive community case was arriving by shuttle at the Holiday Inn Managed Isolation facility at about 5pm when they fled on foot out of the open gate.

They were soon apprehended by police about 100 metres and were immediately returned to the facility.

Gisborne Mayor Rehette Stolz told Checkpoint the tests were from Monday and Wednesday.

She said the results could be from people who have recently returned from MIQ. She is urging everyone in the region with flu-like symptoms to get tested immediately.

"And also, get vaccinated."

There was also a positive wastewater detection of Covid-19 in Stratford was confirmed by the Ministry of Health today, but it has not yet been linked to a known case.

Dr Jonathan Jarman, Taranaki's medical officer of health, said the strong positive test result meant it was highly likely there was at least one active case in the area.

He said the region's DHB was informed of the result on Thursday evening, while the detection was taken on Monday.

The Ministry of Health said follow-up samples would be taken throughout the region in the coming days.

In the meantime, people in Taranaki are asked to get tested if they have any Covid symptoms, no matter how mild.

Currently, 68 percent of the eligible population in Taranaki are fully vaccinated and 85 percent have had their first dose.

"Not too bad but there's a long way to go on those second doses," Neil Volzke said.

"As much as anything I put it down to straight out apathy. The region has been Covid-free for quite some time and I don't think it's really struck home to people that this could happen right here on your doorstep. Now it has I'm sure there'll be a change of attitude and we'll get a bigger uptake of vaccination."

Volzke said about 200 people in Stratford were tested for Covid today.

Pharmac has secured a fifth medicine that can be used to treat people with Covid-19 symptoms.

Five hundred doses of baricitinib will arrive this month and join a suite of treatments available for patients who are sick.

Baricitinib, an oral tablet, is not currently Medsafe approved for use in the treatment of Covid-19, Pharmac said.

However, clinicians will be able to use it straight way under the Medicines Act.