Kiwi climate activists are using their expertise to make sure Māori voices are heard loud and clear by the top brass at the UN's COP26 Summit in Glasgow. 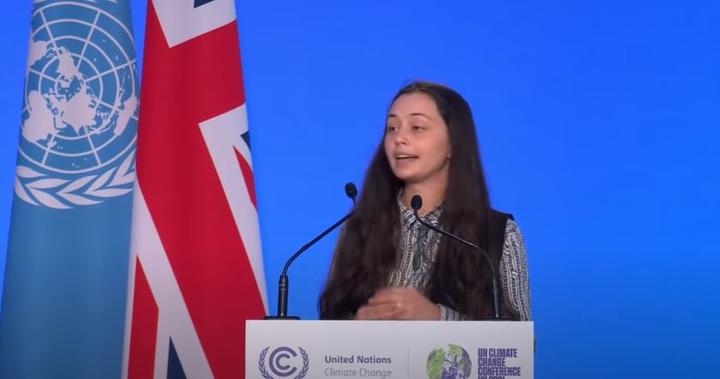 They have been collaborating with other indigenous representatives to advocate for those at the forefront of the climate emergency and ensure they are properly supported and protected.

This includes putting the the Waitangi Tribunal under the spotlight of the world stage as a way to support other indigenous people around the globe.

This week young Māori activist India Logan-Riley told delegates the roots of the world's climate crisis' lay in colonialism and indigenous people were now leading the way in climate action.

Lina Torres from Latin American social action group Movilizatorio said indigenous communities are still not getting the investment they deserve.

"We have a study that shows from all of the [UN's] REDD investments in forest protection, only one percent reached actually the communities, so that shows you the size of the problem."

Not only this, their lives were being put at risk too.

"Unfortunately the rates of killing environmental defenders is incredibly high," she said. 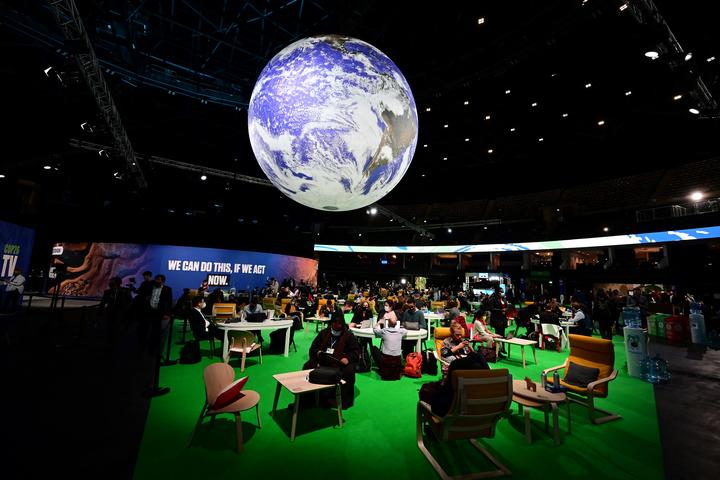 Torres has been collaborating with OpinioNative principal indigenous law, human rights and environment consultant Alison Anitawaru Cole and others to come up with case studies to better support these communities.

Cole believed a model like Te Tiriti o Waitangi would help facilitate better investment to those on the front-line.

"As a Māori person I know that there are challenges and critiques of the Waitangi Tribunal but in terms of what we can constructively bring to the conversation it is an example of using the law as a mechanism, as a means to channel financial direct support to indigenous communities, without state intervention."

Co-founder of Students for Climate Solutions and law student Phoebe Nikolaou said Aotearoa had a real chance to stand out and share its experience with the Waitangi Tribunal.

"It is so unique and so, so powerful and I think it can really make a difference in the negotiations.

"Not just adding them [indigenous peoples] in the language of the treaties, but adding real safeguards and actual mechanisms that work and we know work." 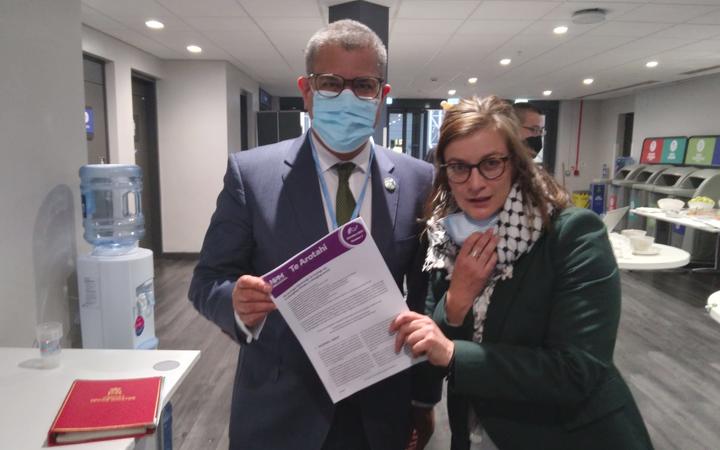 It's not just the Treaty being put to those in charge of the summit, but reports showing the impacts of climate change on indigenous communities in Aotearoa.

Cole hand delivered these to the COP26 president Alok Sharma.

"I chased after him as he was leaving one of our indigenous caucus meetings and I have the photograph to prove it because I wanted to send it through to the researchers back home, because we are really trying to get these reports straight into the hands of the negotiators."

The advocates said they were part of just a lucky few who could attend the summit because of the barriers indigenous communities face due to Covid-19 and cost.

Even once they were there, Alison Anitawaru Cole said making their voices heard was far from simple in an environment so separate from her community in Ōhawe.

"I'm constantly messaging and connecting with my cousins and doing that translation process and it's colonialism and the patriarchy written in capital letters, that whole translation is put on my shoulders," she said.

Given that she and others have travelled to the other side of the world to be at this summit, she remained hopeful world leaders could at least meet them part way.